Odisha Through the Eyes of a European – 4 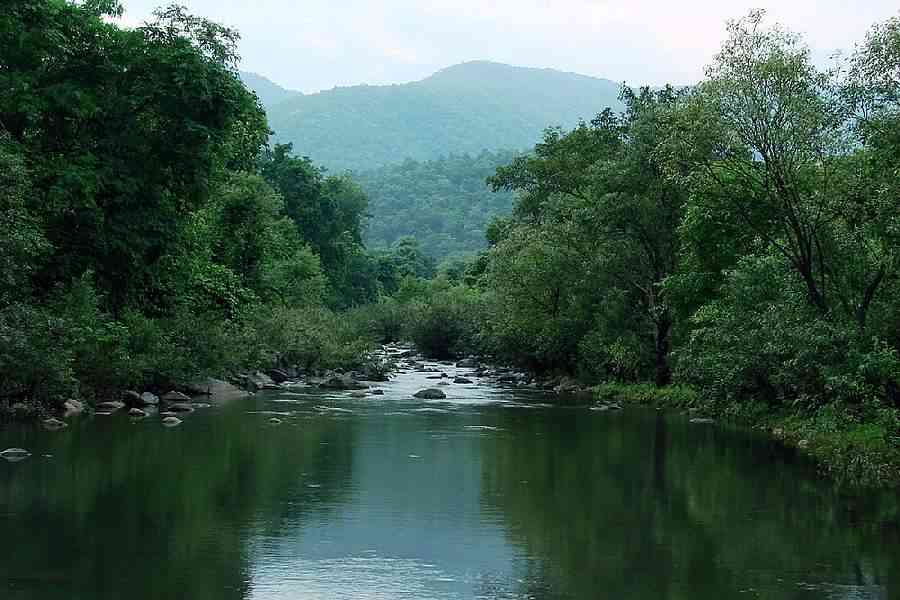 During the month long stay in Jashipur we did a lot of field trips to tribal villages, to take part in festivals and ceremonies, and located among them an impressive meeting of tribes at the crossing of two rivers. We saw people mourning the death of a relative by shaving their heads, and in another occasion, we watched a nightly ceremony at the Khairi river banks, where a goddess was taken down to the water to honour the girls of the village who had committed suicide to prevent their rape by muslim invaders, as we were explained about the festival. It came along with a wild and dusty dancing party under the open sky, attended only by men, what we thought to be a weird joy. 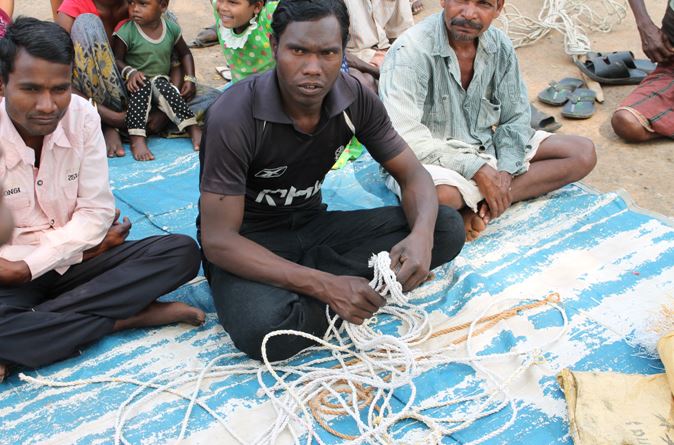 One of our last village visits led us to the Mankidia community who reside now behind the neat and tidy Santhal village where we had been given our welcome. They had been announced to us as the Monkey Eaters, who had been once residing  inside the Simlilipal Reserve Forest area and were living on monkeys. “Did you mean, they ate them?“, was our question, we were told, “yes, that’s what they used to do“. We were disgusted even before our arrival at the recently made concrete  settlement meant to be their village. Compared to the other places we had seen by now, it looked desperate and pitiful. Since the village people do not speak Odia, we were happy to have a young man among them who could interprete. When I counted the years the tribe had been expelled from the jungle, I came to the conclusion that he, as a child, must have witnessed the times of eating monkey meat. Though I liked the urgent straightforwardness of the guy who put more questions than he had answered, imagining him of having once eaten monkey meat, made me shiver. Since the people of this tribe seemed smaller and more delicately built, flexible and climb some like the monkeys they used to hunt, it seemed as if they were almost kind of cannibals. Were not monkeys manlike cute pets?

We sat down with the village elders and some curious members of the tribe. In the background were the children, naked or wearing outworn blue school dresses as if they had no other clothes. Our tour guide asked about their native music and mentioned a traditional drumming. They became ashamed and asked back, if he possibly meant some broken instruments they uselessly kept in a barn, neither knowing how to fix nor to play it. They felt seemingly most uncomfortable.

They live on rope making and knit nets, traps and strings for fixing pots to bicycles, as market-goers may buy from them. Since they were forbidden to fetch sisal from their forest, they replace it with plastic strings pulled out of old fertilizer sacks. They showed it to us. I felt ashamed of their miserable chance of making a living out of junk, especially when I looked on to the interpreter, who resembled an actor of the ”Planet of the Apes” movie series.

I will never forget this sad, understanding face. It showed how he had lost the chance to help his village people out of the concrete trap they are dumped to live in. They were just given a well, houses and tin roofs but no decent work and no neighbours who would accept them, even if their children would finish school. Somehow the whole good-will programme here seemed to me as if similar to a EU programme I had seen in Romania before: The leading social worker who trained teenagers from the gypsy camps to become waiters, chair maids and hotel managers told me that’s all in vain because they might have the best education, but still are gypsies whom no one would give a job. 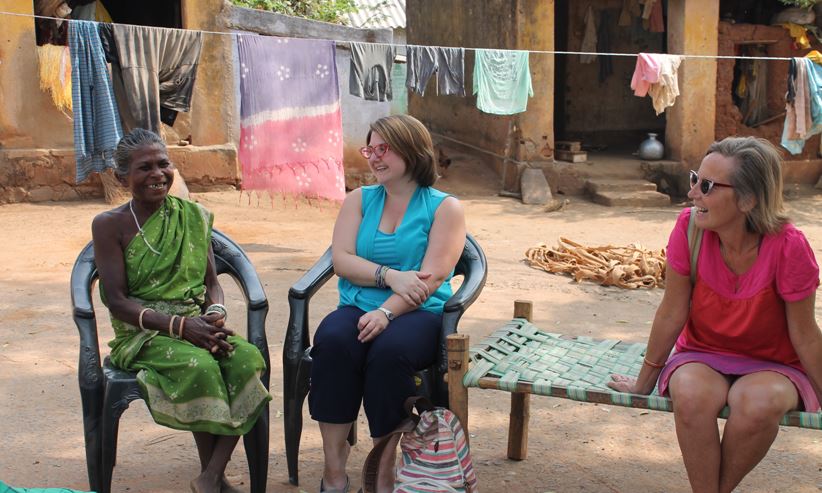 On the other hand, some villagers seemed vividly awake and merry. The children, when at some distance from our group, started singing and dancing with great joy. A small elderly woman sitting with rosy skinned Jennyfer and me, giggled and seemed talkative. She pointed at Jenny and asked – “what has happened to that bleached lady, why is she badly fed and why her skin looks unhealthily whitish?“

Our Indian companions seemed embarassed for the blandness of the question. When I started to respond, Baba warned me and said, “no need to explain that Jenny came the long way from Canada. They are illiterate and ignorant. They do not understand that there exist other countries and airplanes“.

So I explained, that Jennyfer comes from a cold place with much wind and rain falling down frozen, where, by lack of sunlight, the earth cannot provide rice nor much green, so her skin had no tan. But Jennyfer is happy, I added, because she has a lot of brothers and sisters who look alike, and so she is not alone. And the little lady was smiling about the weirdness of our world where people could differ so much when it comes to their features.