On the eve of the first anniversary of O-Hub, Odisha govt’s maiden and centralized incubator at Bhubaneswar, Dr. Rai, while in conversation with Nilambar Rath, Managing Editor & CEO OdishaLIVE & OdishaPlus, highlights that plans are afoot to set up many incubators at O-Hub in the next one year. “Along with incubators, we are also going have many centers of excellence, laboratories and ecosystem players along with the required infrastructure and handholding in the next one year,” he says.

Dr. Rai said the world class facility will host programmes by motivational speakers and industry leaders which will facilitate the growth of the Startup ecosystem in the state.

Startup Odisha at Make In Odisha Conclave 2022
He said the MIO’ 22 provided the required foundation, visibility, focus, spotlight and branding to Startup Odisha which will go a long way in achieving the twin visions envisaged by the Chief Minister Naveen Patnaik; of making Odisha one of the three leading startup ecosystems in the country and support and nurture 5000 startups by 2025.

Dr. Rai said MIO 2022 evoked tremendous response and adulation from across the country, and the world at large. Over 18,000 representatives belonging to investors’ ecosystem, startup ecosystem, technology ecosystems, academia, unicorn founders, traditional industry captains and global influencers from 11 countries apart from India participated in the event, he said. Significantly, Startup Odisha was able to draw the maximum attention due to its positioning in the mega global event by the Odisha government, he adds.

He said Startup Odisha was allotted space at the Plenary Hall to hold its full four sessions immediately after the inauguration of the conclave. “The Govt of Odisha made clear its full support to and focus on Startup Odisha at the conclave.  The Govt and the Chief Minister want to give a big platform and opportunity to students, youth and entrepreneurs through Startup Odisha,” he explains. 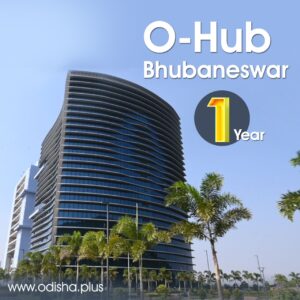 He said the unprecedented response evoked by Startup Odisha among industry leaders, investor ecosystems, policy makers, ecosystem players and prospective buyers suggests that it has now achieved critical mass. “The entire ecosystem across the world as well as India has understood that Odisha is fast becoming a leading state for industry and investment. Startup Odisha and the startup ecosystem in the state too have become robust,” Dr. Rai expounds. He says Startup Odisha received the necessary platform from MIO ’22 in achieving the goals set by the Chief Minister.

Startup Odisha & The Way Ahead
However, the objective, he adds, is easier to achieve in collaboration in a mission mode.  Explaining, he says Startup Odisha is going to multiply its capacity, from the present 1,400 startups and 25 incubators, to the desired target by sensitizing students, with innovative and entrepreneurial innovation bent of mind and academia as well. “In the coming days, we wish all academic institutions to have their own incubators. Moreover, we want our corporate/industries to promote startups. So that, the startups can grow there and those could be utilized in finding in-house solutions. Industries can provide the necessary market connect by consuming their products,” he adds.

Dr. Rai said apart from students, corporate, academia and Angel network support, Startup Odisha will soon develop a venture capital fund with the recently allotted state Govt grant of Rs 255 crore through 7 AIF fund operators with which MoUs were signed during MIO ’22. “The grant will be spent on our ecosystem in the coming 5 years,” he said while stating that Startup Odisha will pull in all available resources with policy support and handholding to propel the growth of the ecosystem in the coming days.