Deep Grance Ekka is a well known name in Indian hockey. Born and raised in Sundargarh district, well known as the ‘Cradle of Indian Hockey’, Deep Grace has brought glory to the state and the country, both at the national and international levels. Deep, who is presently the vice-captain of the Indian Women’s Hockey team, is the only player from Odisha in the national squad. 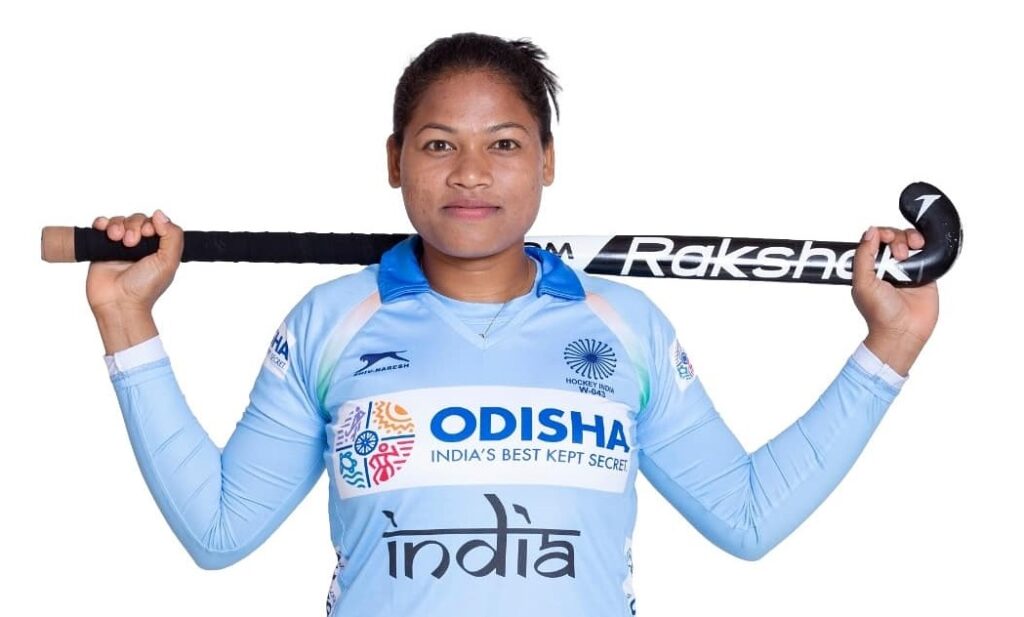 Hockey is played by people across Sundargarh district. However, the craze for the sports is more in Balisankara block which has churned out the maximum number of international players. In fact, every village in the block is a ‘Hockey Village’. Hockey star Deep Grace too was born in this block, Brahmanibahal Village under Lulkidihi GP to be precise, on June 3, 1994 to Jayamani and Charles Ekka.

Given her humble background, no one would perhaps have fathomed Deep Grace to come such a long way and achieve success and stardom. By her sheer brilliance on the field, she has been crowned with one of India’s highest sports honours, the ‘Arjuna Award’.

Took Up Hockey at 11

Deep Grace’s initiation into hockey began at 11 when she started playing at her school under the supervision of Coach Tej Kumar Xess.  Seeing her dedication for the sport, she was later selected to the Sports Hostel at Bhabanipur in Sundargarh where she got an opportunity to work on her skills. Though in the initial days she wanted to be a goal keeper, later she developed an interest to play as a defender. Her repeated high performance inside the defending line drew the attention of national selectors.

Soon, she got a call to join the national camp in 2011 and an opportunity to play for the senior national (Indian) team. There was no looking back thereafter. She began to trade a success path after giving noteworthy performance at senior and junior-level tournaments.

The international hockey journey of Deep Grace began in the year 2011 when she was picked up in the Indian Women’s Hockey team that won bronze at the Asia Cup Women’s Hockey tournament in Bangkok. Thereafter, the Indian junior team clinched bronze medal at the Women’s Junior World Cup at Monchengladbach in Germany in 2013. Apart from Deep Grace, three more players from Odisha: Namita Toppo, Lilima Minz, Anupa Barla were also in that team which was led by Sushila Chanu. In a tie-breaker, India defeated England in the playoff match to win the bronze. That was the first medal for India in a Women’s Junior World Cup tournament. 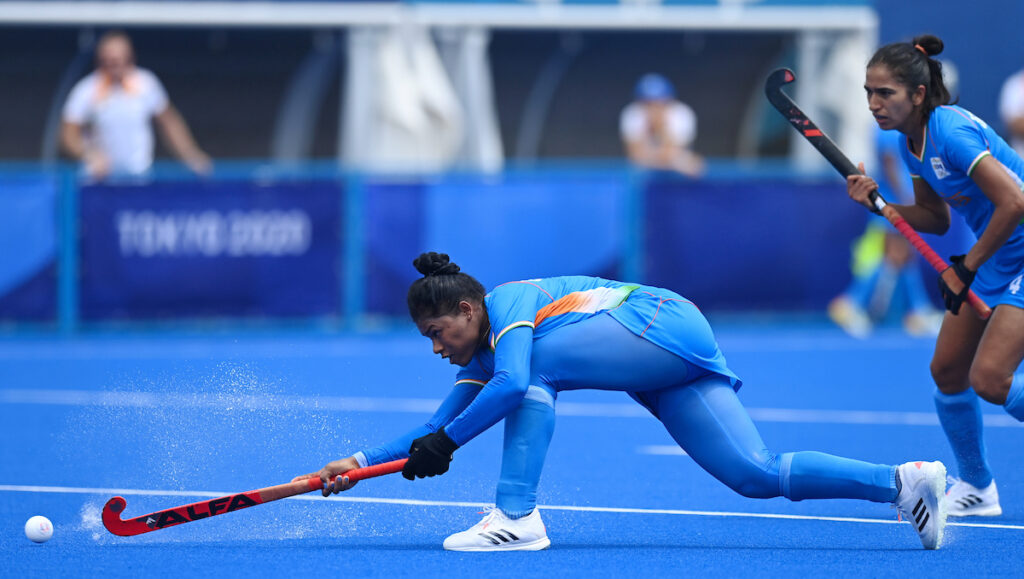 Though the performance of the Indian Women’s Hockey team at the Olympics was far from being satisfactory, the participation of four players from Odisha in the tem was a matter of pride, nevertheless. The loss at Rio Olympics was compensated when the Indian Women’s Hockey team won gold medal at the Champions Trophy in Singapore, the same year. Deep Grace was an important member of the victorious team. 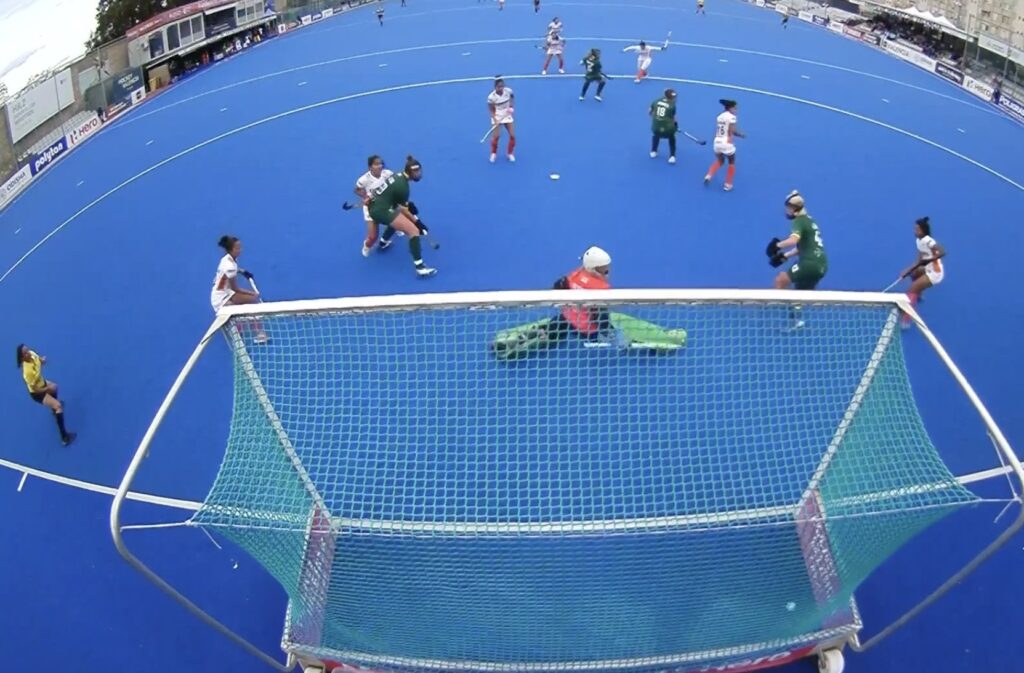 Subsequently, in 2017, India romped home with gold at the Asia Cup Women’s Hockey tournament at Gifu in Japan. The 4-2 win against Japan in the semi-final match and tie-breaker against China in the final were spectacular. Deep Grace made significant contribution to the team at the tournament.

The next year (2018) the Indian team qualified for the quarterfinals at the Women’s World Cup. However, luck was not in the Indian’s team’s favour as it lost to Ireland in a tie-breaker in the quarterfinals, and thus, denied a berth to play in the semi-finals.

At the Jakarta Asiads which came next, the team again won the bronze medal. Three months prior to that, the Indian team had lifted silver at the Asian Championships in Donghae-si, South Korea. Five Odia players, including Deep Grace, who were in the winning team, brought laurels to the state for their brilliant performance in the back-to-back tournaments. 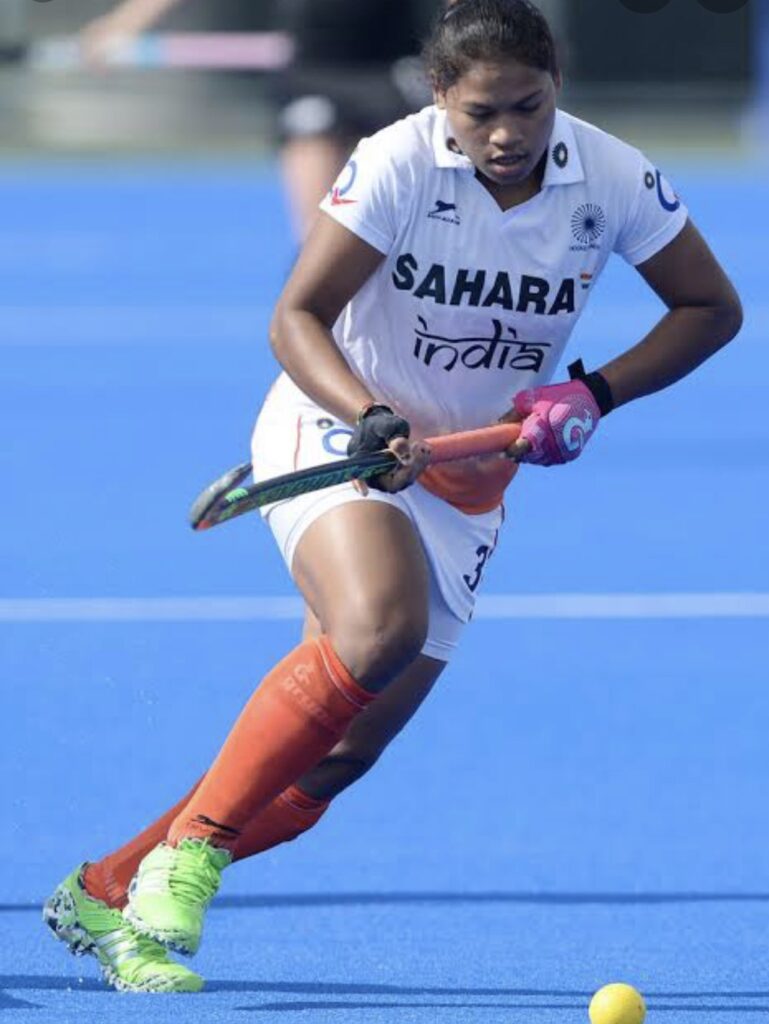 The Indian team under the leadership of Rani Rampal qualified for the Tokyo Olympics in 2020. Though the team’s performance at the Olympics in 2021 was spectacular, it narrowly missed the bronze medal after finishing fourth in the table. Deep Grance and Namita Toppo were the two players from Odisha who had found place in the Olympics team. Deep Grace was taken in the playing eleven and delivered beautiful performance in all matches.

Tokyo Olympics brought in a massive success for Deep Grace’s career. Following her attractive performance in the Olympics, Deep Grace was selected as the vice-captain of the Indian Women’s Hockey squad for the 2021 Asia Cup where the team bagged the bronze medal. At the Commonwealth games played that year in Birmingham, the Indian team won the bronze.

Jyoti Sunita Kule was the first women athlete from Odisha to receive the Arjuna Award in 2007. Now another name has been added to the list after Deep Grace was chosen for the top honour in 2022 for her invaluable contributions to sports. With that, Deep Grace became the 12th player from Odisha to receive the Arjuna Award and sixth in the list of hockey stars from the state.