At present, type 1 diabetes cannot be prevented. The environmental triggers that are thought to generate the process that results in the destruction of the body’s insulin-producing cells are still under investigation.

While there are a number of factors that influence the development of type 2 diabetes, it is evident that the most influential are lifestyle behaviours commonly associated with urbanization. These include consumption of unhealthy foods and inactive lifestyles with sedentary behaviour. Studies from different parts of the world have established that lifestyle modification with physical activity and/or healthy diet can delay or prevent the onset of type 2 diabetes.

Modern lifestyles are characterised by physical inactivity and long sedentary periods. Community-based interventions can reach individuals and families through campaigns, education, social marketing and encourage physical activity both inside and outside school and the workplace. IDF recommends physical activity at least between three to five days a week, for a minimum of 30-45 minutes.

Taking a life course perspective is essential for preventing type 2 diabetes and its complications. Early in life, when eating and physical activity habits are established and when the long-term regulation of energy balance may be programmed, there is an especially critical window to prevent the development of overweight and reduce the risk of type 2 diabetes. Healthy lifestyles can improve health outcomes at later stages of life as well.

Population based interventions and policies allow healthy choices through policies in trade, agriculture, transport and urban planning to become more accessible and easy. Healthy choices can be promoted in specific settings (school, workplace and home) and contribute to better health for everyone. They include exercising regularly and eating wisely which will help to maintain normal levels of blood glucose, blood pressure and lipids. 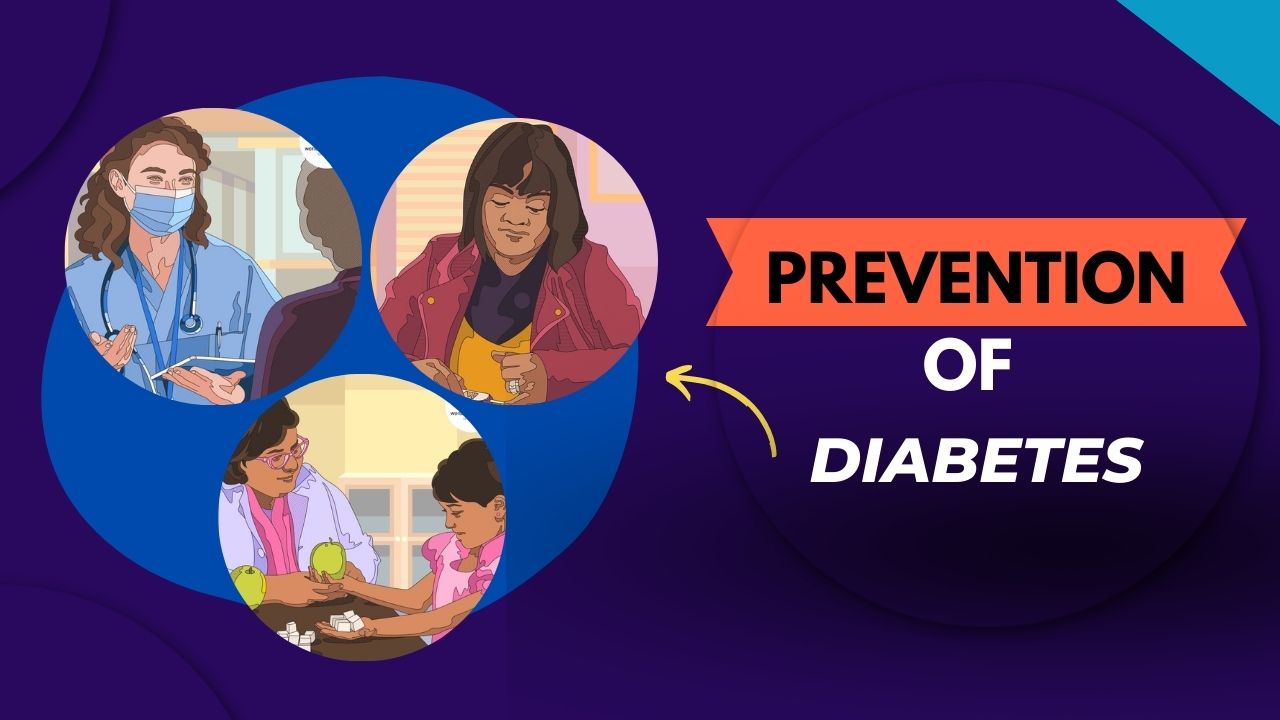 There is overwhelming evidence from studies in the USA, Finland, China, India and Japan that lifestyle changes (achieving a healthy body weight and moderate physical activity) can help prevent the development of type 2 diabetes in those at high risk.

The Finnish Diabetes Prevention Study (DPS) was the first randomized controlled trial to specifically examine the effect of a lifestyle intervention in preventing type 2 diabetes. This study randomly assigned 522 overweight or obese individuals with IGT to either a lifestyle intervention or a control group and followed them for approximately 3 years.

The lifestyle intervention provided individualised counseling focused on achieving and maintaining healthy body weight, reducing fat intake, increasing fibre intake and increasing physical activity. After two years, the incidence of type 2 diabetes in the intervention group was less than half that observed within the control group.

IDF recommendations for a healthy diet for the general population

Choosing water, coffee or tea instead of fruit juice, soda, or other sugar sweetened beverages.

A particular threat in terms of the associated risk of developing type 2 diabetes is the consumption of high sugar foods, particularly sugar-sweetened beverages, In 2014, the World Health Organization (WHO) issued new recommendations to limit sugar intake. IDF fully supports these recommendations and in response published the IDF Framework for Action on Sugar.