Type 1 diabetes is caused by an autoimmune reaction where the body’s defence system attacks the cells that produce insulin. As a result, the body produces very little or no insulin. The exact causes of this are not yet known, but are linked to a combination of genetic and environmental conditions.

The most common symptoms of type 1 diabetes include:

Diagnosing type 1 diabetes can be difficult so additional tests may be required to confirm a diagnosis.

All people with type 1 diabetes need to take insulin to control their blood glucose levels. There are different types of insulin depending on how quickly they work, when they peak, and how long they last. Insulin is commonly delivered with a syringe, insulin pen or insulin pump. 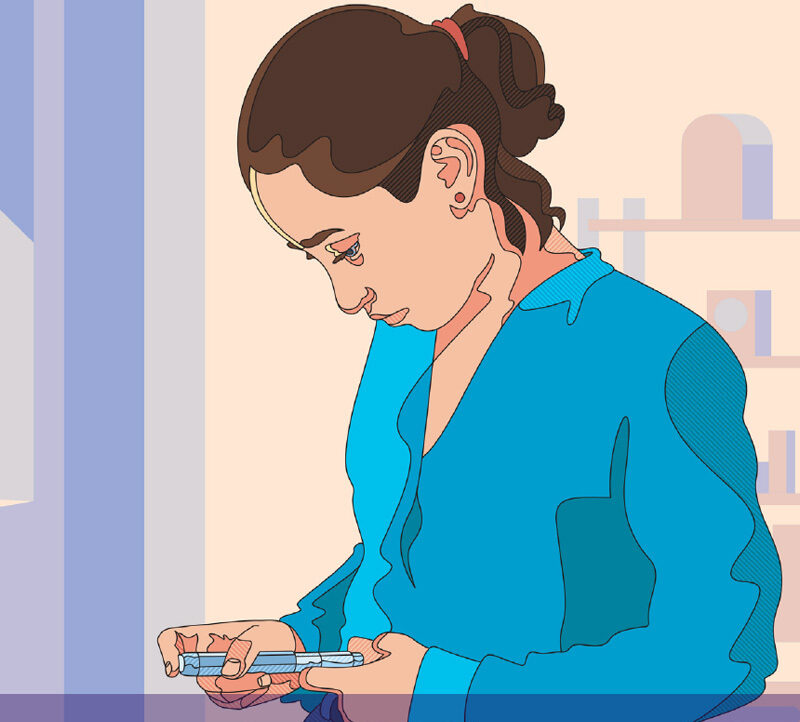 Types of insulin include:

People with type 1 diabetes are usually advised to measure their blood glucose level at least four times a day.

Healthy nutrition — knowing what and when to eat — is an important part of diabetes management as different foods affect your blood glucose levels differently.

Regular physical activity is essential to help keep blood glucose levels under control. It is most effective when it includes a combination of both aerobic (eg. jogging, swimming, cycling) exercise and resistance training, as well as reducing the amount of time spent being inactive.

No effective and safe intervention currently exists to prevent type 1 diabetes despite a large number of clinical trials aimed at halting the on-going autoimmune destruction of pancreatic beta cells. However, there is some evidence that overweight and a high growth rate in children are weak risk factors, indicating that a healthy lifestyle that avoids both over-eating and a sedentary lifestyle is recommended for high-risk groups such as the siblings of children with type 1 diabetes. However, this is just one of a number of factors that have also been implicated. These include not being breast-fed, being the first-born, being born by caesarean section and having an older or obese mother.

Although a ‘cure’ for type 1 diabetes is being actively sought, preventing or delaying it in those known to be at risk or, in those already diagnosed, slowing down the auto-immune destruction of beta cells and protecting those cells that are still active are likely to be more achievable goals in the foreseeable future. Neither has been convincingly achieved as yet.

However, several studies are underway using interventions such as oral insulin in people known to have markers of islet autoimmunity, trialling drugs already used, for example in psoriasis, to prolong beta cell life and the use of peptide immunotherapies to ‘retrain’ killer T cells, the lymphocytes that are closely involved in the underlying mechanism of type 1 diabetes.