History is in making! On the 77th Independence Day next year (Aug 15, 2023), India will, probably, be the second country after Germany to roll out its first hydrogen-powered trains. The distinction here is while French giant Alstom developed it for Germany, the Indian version is designed, developed and manufactured indigenously. 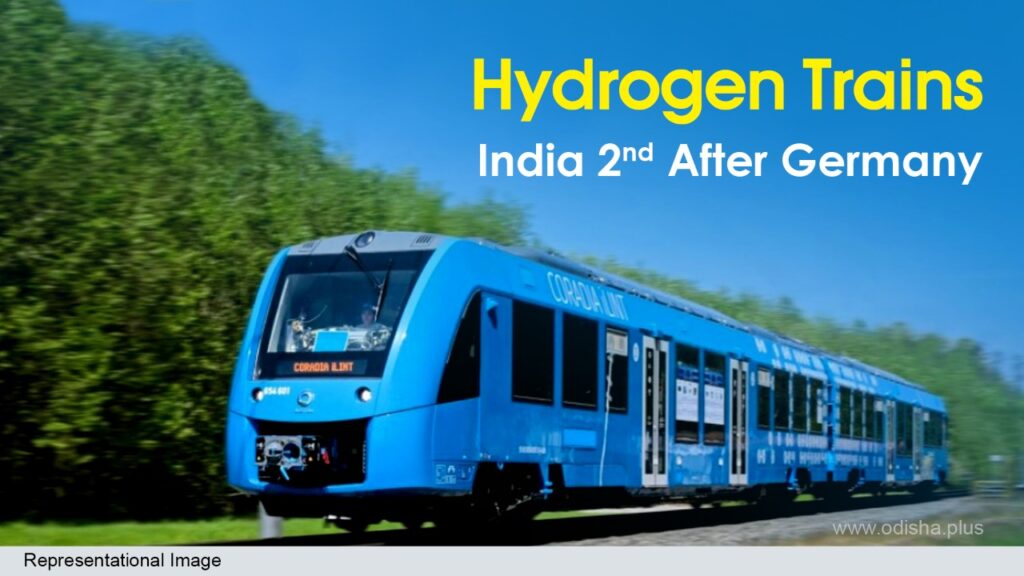 This ‘historic’ disclosure is made by Union minister for Railways, Communication, Electronics and IT Ashwini Vaishnaw here on Thursday in a program ‘Modi@20– Dreams meet Delivery’ organised at SOA to mark 20 years of leadership of Prime Minister Narendra Modi.

“India has been able to build trains which are among the best in the world and the next big thing will be when the hydrogen-powered train is rolled out on August 15, 2023,” he said.

The revolutionary hydrogen-powered trains have been developed by Hyderabad-based Medha Servo Drives Pvt Limited. And the fuel cells will be delivered by Canada-based Ballard Powersystems.

Indian Railways have plans to retrofit the diesel-powered DEMU and convert it to hydrogen fuelled train to reduce the carbon footprint by 11.12 kilo tons (kt) per year and the PM (particulate matter) by 0.72 kt per year. The Railways believe that by switching over to green fuel from fossil fueal, the public sector behemoth will go on to save Rs 2.3 cr per year.

The Railway Minister Ashwini Vaishnaw speaking on the strides made by Indian railways said, “A train, built at the Integral Coach Factory (ICF), Chennai, figured among the best five trains in the world. The train’s speed of 180kmph amazed the world.”

He further added that the train is better than all other trains on multiple parameters and a glass of water kept in the driver’s cabin stays undisturbed even when the train moves at maximum speed indicating its stability. Elaborating on the train’s USP, Vaishnaw said it starts generating power the moment the brakes are applied.

Speaking on Vande Bharat Express – India’s semi-speed trains, the minister said it took only 52 seconds to move from zero speed to 100 km per hour, when the Japan’s Bullet train is taking 55 seconds.

PM Modi had asked the engineers to build world class trains which should be safe, stable, consume less energy and run at good speed. Initially, the engineers thought they would import the same from developed countries, but the Prime Minister insisted that the same should be built in India,” he said.

Two trains which were introduced in 2019 had performed exceedingly well and the distance they had covered so far would equal 18 journeys round the earth without any major breakdown, he added.

Speaking on technologies revolutionizing the transport, Vaishnaw said IIT-Madras was developing the Hyperloop, which he described as the most promising transport.

“The biggest factor in transport is friction between the vehicle and air. If you create a vacuum and move the vehicle in that vacuum the energy required for movement would be less and the vehicle can reach a speed of 700 km per hour,” he explained

“A complete satellite map of the country had been prepared to identify 132 district headquarter towns which needed railway connectivity. The Detailed Project Report for the same was being prepared, he revealed.

Shedding light on the ‘clean stations’, Vaishnaw said attention was also being provided on cleanliness of railway stations.
Replying to a question, the railway minister said that the punctuality of trains in India was around 89 per cent at present which needed to reach 100 per cent.