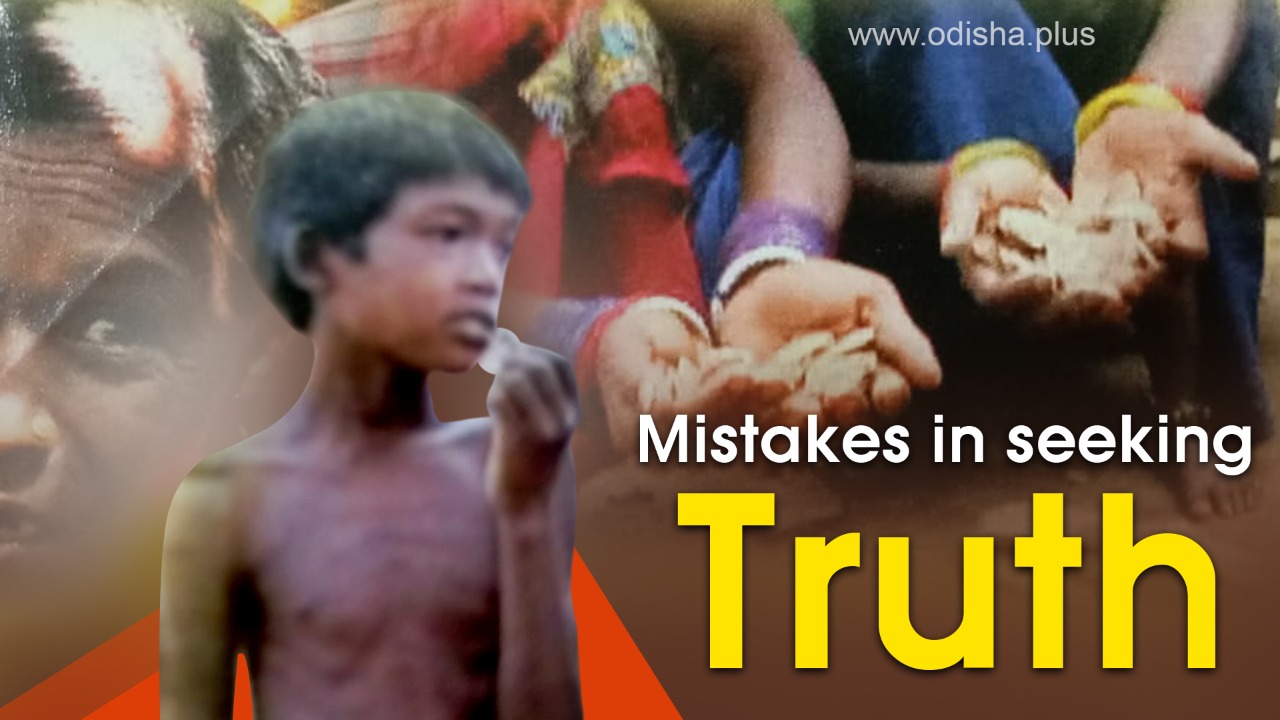 The primary responsibility of the media being the fourth pillar of democracy is to find the truth and bring it to the people. Sometimes to stay ahead in the rat race, reporters or media houses report, broadcast or spread something which is far from the truth.

Any sort of misreporting creates uproar in the society in large and in the democratic institutions in particular. Based on the report, opposition starts targeting the party or government in power. It creates unnecessary chaos in the state.

It was May 25, 2007. Sahara Samay, a popular national television channel of that time went to present the picture of poverty in the Nuapada district of Odisha and aired a report that shook the entire state. The news really came as a shock to everyone. 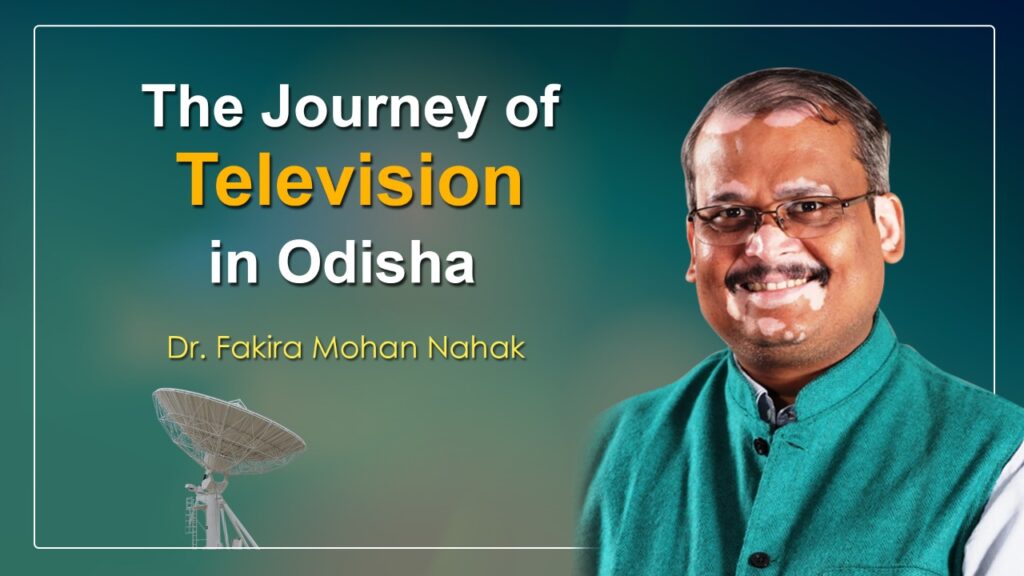 People of Paharia tribe living in Nangalghat village of Nuapada district are suffering from severe starvation. No minimum facilities are available to them. Deprived of all the minimum necessities and amenities, people are living on clay stone or rengtapathar or limestone due to lack of food and drink for a long time. The report presented that people have been living off limestone for ten years.

After the news came to light, ETV’s Nuapada Reporter Bijay Kumar Sahis went to the spot and talked to the people. After asking, it was found that two journalists- one local and the other from outside came and prepared this report. They have lured the innocent, poor people of this tribe to eat a certain type of limestone by giving them government assistance.

After that, they took a picture of chewing the piece of stone in their mouth. When poverty is presented in an exaggerated way, it is bound to attract many people’s attention. It also forces the administration of the concerned region and the government running the state to stand in the crosshairs of criticism. That is what this report did.

The Paharia tribe, who have suffered years of government indifference, reacted strongly when they came to know about the media report. The collector and District magistrate of Nuapada Mrinalini Darswal was angry and challenged to the reporters, if they can survive after taking a single meal of stones in a day, then she is ready to leave her position. 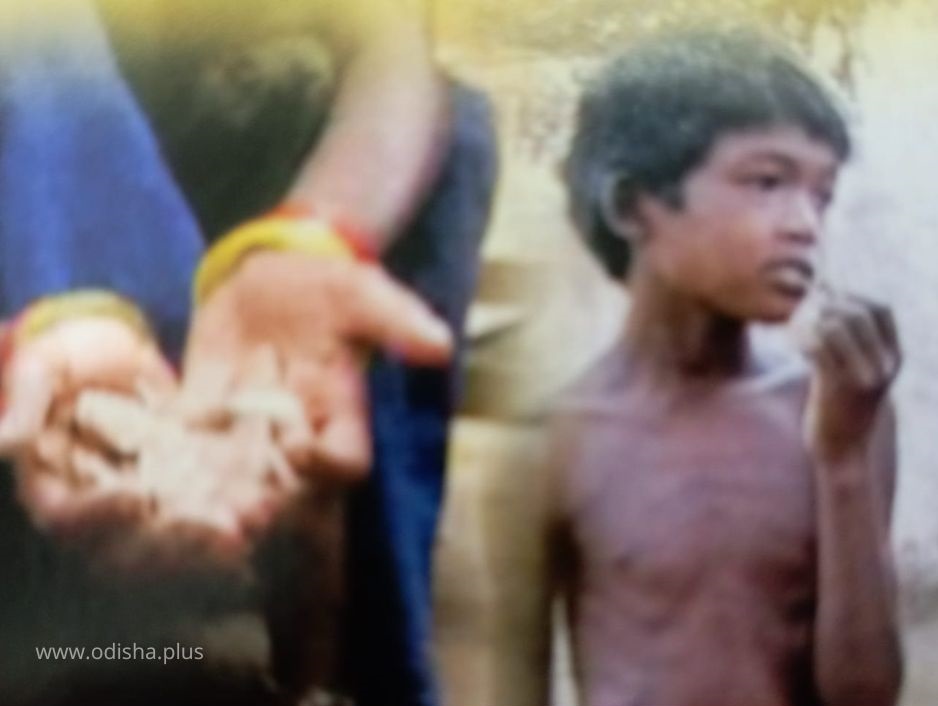 ETV Oriya prepared a special report on the real picture of the local people, their condition and the reaction to the false report aired in the national media along with the collector’s reaction.

On May 28, the special story went on air in ETV. It showed that the news broadcast in the national media was wrong. It is fictional and fabricated and not based on fact. But surprisingly, two days after the broadcast of this news i.e. on the evening of May 31, 2007, OTV prepared and broadcast its own report based on the same national media report in its news bulletin“Pratidin”. In other words, OTV presented the picture of poverty without giving any thought to the ground report of ETV. It reported in the same line with the Sahara Samay.

However, as the government did not listen at the initial stage, the opposition created ruckus in the house. As a result, the speaker had to adjourn the house three times. The then Revenue Minister of the BJD-BJP coalition government Manmohan Samal presented his views (based on the reports of the District Collector and other district officials) on the matter in the Assembly. But no one was ready to accept it.

Seeing the uproar from the opposition who wanted to embarrass the government on the issue, Speaker Maheshwar Mohanty ordered the formation of a special House Committee. It included revenue minister Manmohan Samal, senior leader from opposition party Narasingha Mishra, and few other MLAs.

The assembly house committee went to Nangalghat village of Nuapada district and discussed with the people and asked about everything. On the other hand, the district administration arrested two journalists under sedition law for defaming and damaging the reputation of the district and the state by doing wrong reporting.

After the announcement of such government action, OTV’s then general manager came on screen and announced that OTV, which aims to present transparent and unbiased news, does not support such reports. Therefore, as an action, he announced that the relevant reporter has been fired from OTV. Meanwhile, local MLA Rajendra Dholakia said that some media outlets have created fabricated and false news and have damaged the identity and self-esteem of the Paharia tribe and misled the people.

Anyone can make mistakes. But the greatest achievement is to identify and acknowledge the mistake, get it corrected and make sure that it is never repeated further. OTV, which came under fire for such news just six months after its launch as a satellite channel, has subsequently acted with a lot of caution. After this incident in 2007, there is no such news broadcast happened in the channel at any time. Rather, OTV has verified the truth of the news at every step and brought it to the audience. This has made the channel to stay on the top for many years.