‘Sundargarh is hockey’ is the buzzing theme now. 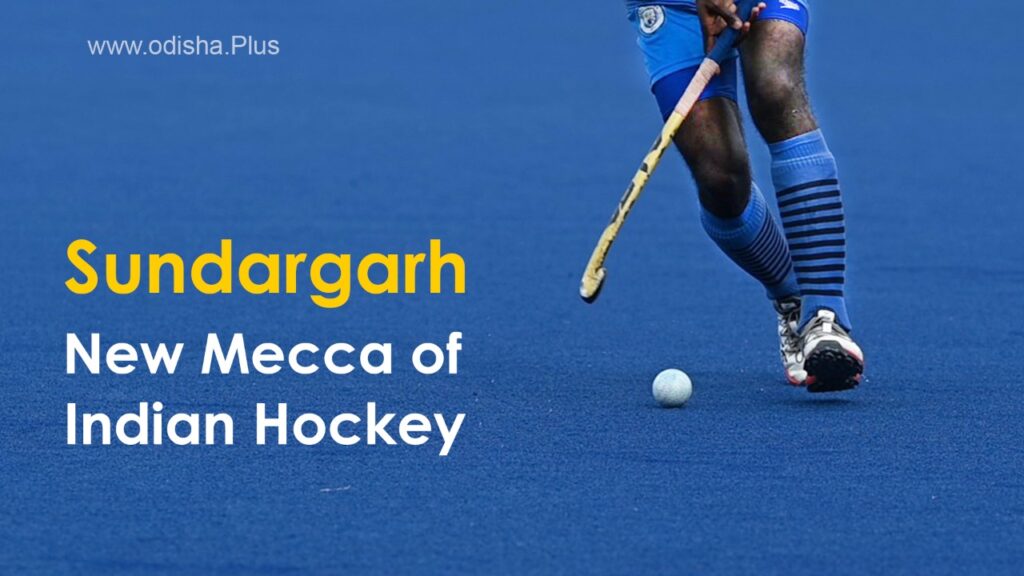 Famous golfer Mike Weir once said ‘Canada is hockey’.  The twist in the tale here is ‘Sundargarh is hockey’. Punjab’s Sansarpur and Karnataka’s Coorg are no more the Mecca of Indian Hockey.

The golden rule of Sansarpur was writ large on the world hockey arena for over four-long decades. The saga and legacy of hockey players from Sansarpur reached its prime in 1968, when seven sons of the Sansarpur soil participated in the Mexico City Olympics – five of them for India and two for Kenya.

It is none other than the Hockey wizard Major Dhyan Chand who had hailed Sansarpur village as the ‘Mecca of Hockey’. This is the place that has churned out hockey players for three countries – India, Kenya and Canada.

The wizard had all admiration for the ‘most complete player’ Babu Mohan Singh and Sardar Atma Singh, who Chand could never upstage with his dribbling skills.

But all this is now history. For the last 3-decades, the Mecca has not produced a single Olympian, though Punjab had 8 players who donned the Indian Jersey in the Tokyo Olympics.

This land of Kodavas has once earned the epithet of ‘the cradle of Indian Hockey’. Kodagu (anglicized name Coorg) in Karnataka was the lone place in the country to hold the Hockey Festival titled ‘Kodava Hockey Namme’ since year 1997, though was not held for last 4 years due to floods and pandemic. 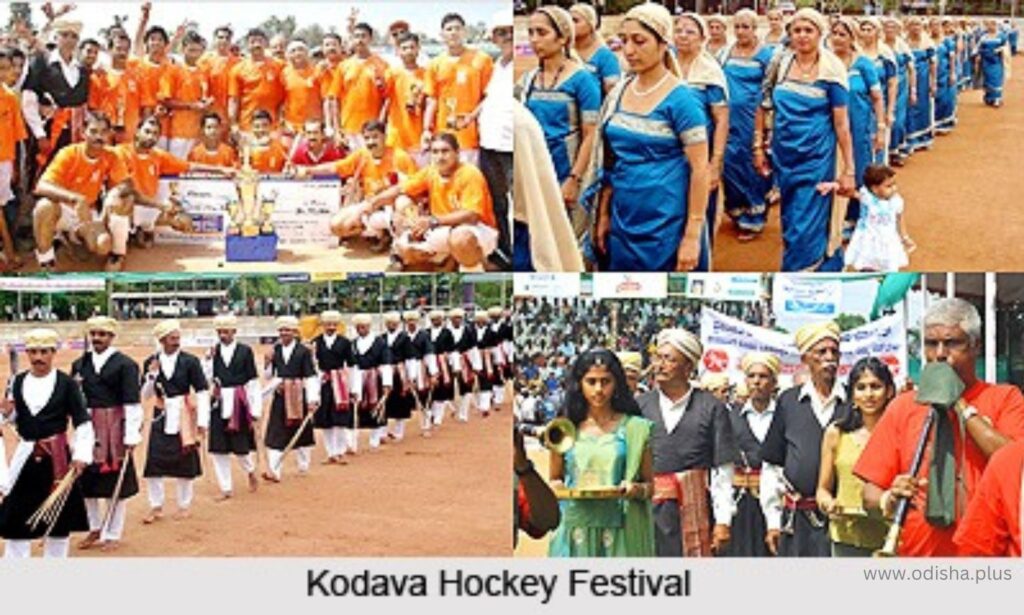 It is all now in pages of history. No new players have emerged from the region to be eligible to find a toe in the national team. The greats (including MV Sunil) had retired. It’s all about the lost Coorg, now.

Why ‘Sundargarh Is Hockey’?

Hockey is not a sports faculty in the district. It is, rather, a way of life. For the tribes like Orams, Kharia, Munda and Bhuniya, the game is a cultural identity. Even aged people in these tribal villages can be seen playing hockey.

There are many local customs and traditions attached to the sport. Take the instance of “Prem Bhojs”. These events are a sort of traditional celebrations where the family of the groom contests against the bride’s team in a hockey tournament. The winner takes home a Khasi (goat). The Goat Cup or the Khasi Cup has become a prominent cultural identity of tribes in this part of Odisha. 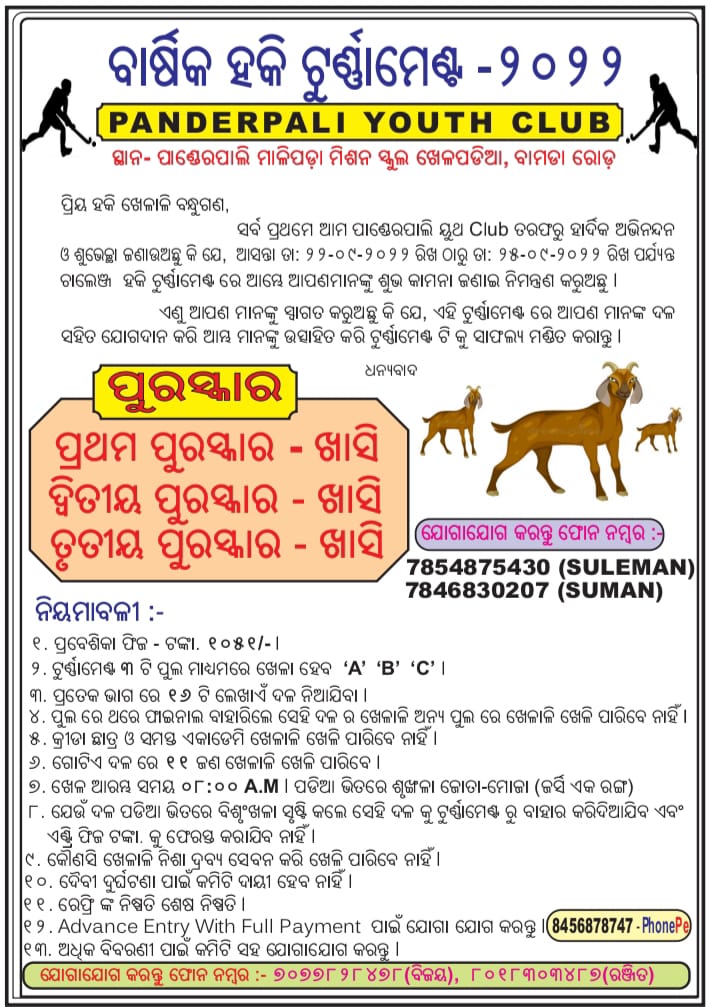 With the sport being so ingrained in the culture, it will not be an exaggeration to say “Sundargarh Is Hockey”. Coorg in Karnataka too has the hockey cultural spirit like Sundargarh, but when the tribal Odisha district is the powerhouse of hockey, Coorg remains limited to coffee house – Coorg coffee is famous world over.

Though this tribal dominated district has hockey traditions second to none and has been aptly nicknamed as the ‘cradle of Indian hockey’, this forested district has now emerged as the hockey powerhouse of the country.

When the game was withering away, and the once popular sport in the country has lost its charm, Odisha and Sundargarh emerged as ‘The Wall’ of this national game.

The ‘cradle’ took the charge by producing solid defenders for the Indian team. The mine-rich district has given solid defenders like Dilip Tirkey, Ignace Tirkey, Lazarus Barl, Birendra Lakra and Amit Rohidas to the Indian men’s team. And it is Jyoti Sunita Kullu, Subhadra Pradhan, Sunita Lakra and Deep Grace Ekka for the women’s team.

Ekka’s ace defending skill was on full display during the Tokyo Olympics quarterfinal play with Australia last year. The mighty Aussies struggled to get past her.

Not limited gems, the district has produced more than 60 international hockey players and some of them donned the captain hat.

As per Youth and Sports Services Department, Govt. of Odisha, data, schools and hostels of Sundargarh have produced thousands of state and national level hockey players, with may earning their livelihoods by getting sports quota jobs in Railways, Odisha Police and PSUs like SAIL, ONGC etc.

The yearning of the youth for hockey has been so sky high that Odisha had two hockey associations till last year, and both – Hockey Odisha and Hockey Gangapur – were recognized by Hockey India.

While as many as 18 district hockey associations, including Sundargarh, had been the affiliates of Hockey Odisha, Hockey Gangapur was formed in 2013 by former hockey greats from Sundargarh in order to induct talents who couldn’t make it into the state-level hockey team.

Two years later, Hockey India recognized Hockey Gangapur as an associate member, and in time, they won many national championships.

Now, Hockey Odisha is known as Hockey Association of Odisha (HAO). Led by Olympian and former Indian Captain Dilip Tirkey, it is now the apex body on all hockey-related activities in the State.

With Tirkey at the helm, HAO in association with Hockey Promotion Council, has recently launched first ever Coaching Education Program to develop hockey coaches in the State, which will boost the prospects of budding stickers in the State at the national/international arena.

There is a saying ‘It takes two to tango’. But the adage can be rewritten in Sundargarh as ‘it takes three to tango’. The hockey culture of the district along with sports push from Odisha Government, Sports Authority of India (SAI) and PSUs like SAIL, the country witnessed the bronze wonder in Tokyo Olympics.

In was in the year 1985, when Odisha played its ace. The first hockey academy was set up at Panposh, Rourkela in that year. Later in 1992, Rourkela Steel Plant launched the SAIL Hockey Academy, and in 2002, Sports Authority of India (SAI) opened National Hockey Academy in Dist. HQ of Sundargarh.

The sports push by Odisha Govt can be visualised better by the table given below.

But the twist in the tale is the Birsa Muda International Hockey Stadium, which is a co-venue for the FIH Odisha Men’s Hockey World Cup 2023, will be the largest in the country, and among the few largest globally.

Odisha joined the select group of states like Punjab to have international level hockey stadium in hockey cradles, when a state like Jharkhand, home state of legendary Michel Kindo, has its entire hockey stadiums in the State Capital alone.

Moreover, in tandem with Odisha’s push, the Sports Authority of India (SAI) and Hockey India announced setting up of a High Performance Hockey Centre (HPC) at the National Hockey Academy in Sundargarh.

As per the information given by Odisha Sports Minister Tusharkanti Behera, since 2018, the State Govt has spent around Rs 92 cr for sponsoring Hockey India.

For laying a total of 16 in six districts (given below), the Odisha Govt would be incurring an expenditure of around Rs 96 cr.