Gandhi was in public life for over half a century. From late 19th century in South Africa (he formed Natal Indian Congress on 22 August 1894) to India till his death in January 1948 in Delhi- he was active in public life. His socio-political movements were based on three pillars: truth, justice and non-violence. He evinced extreme reactions- common people adored and at some point revered him, his followers respected him, his opponents were exasperated by his tenacity- some termed it obstinacy. His methods confused them. 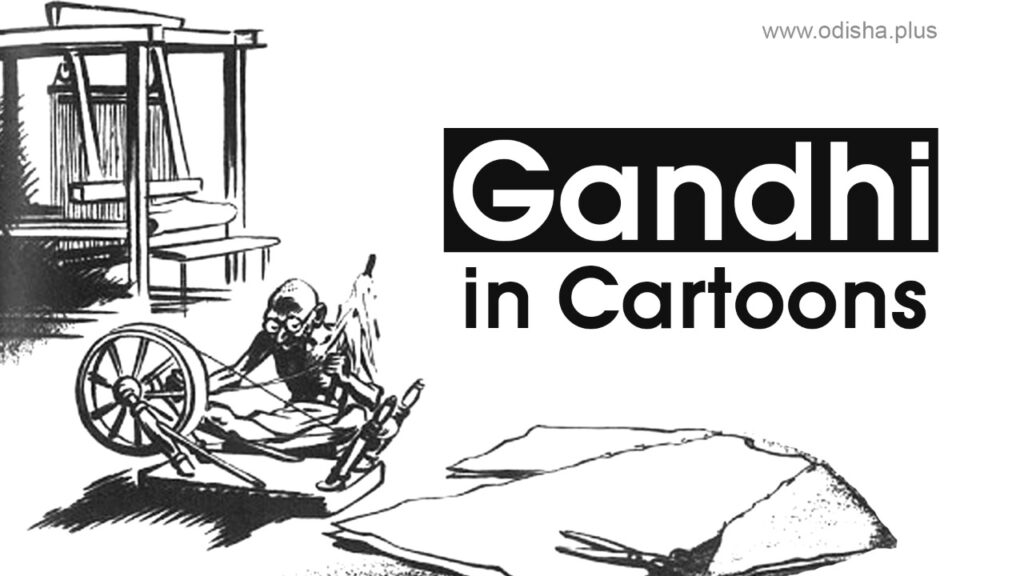 Cartoonists world over loved to draw his cartoons, primarily because he commanded that position. In no other country civil movement based on the principle of non-violence continued for so long a period. In no other country the leader of a mass movement was so fixated with truth, justice and morality. He withdrew a nation-wide mass movement at its peak in February 1922- just because of an incident of a unruly crowd running over a police station in ChouriChora in Gorakhpur district in present day Uttar Pradesh and setting fire to it which killed some police men. In 1930 he launched Salt March or Salt Satyagraha.

In 1942 he launched Quit India movement. He was promptly arrested and jailed. So were other top Congress leaders. However, the movement razed on almost on auto-pilot. However by that time there was demand of division of India to form a separate country based on religion. Gandhi opposed it. But the days of his absolute writ over the party was over. The country was divided amidst chaos and a violence of unprecedented scale.

The partition displaced between 10 and 20 million people along religious lines, creating overwhelming calamity in the newly-constituted dominions. It is estimated that around 200,000–2 million people died during migration. Gandhi tried his best to de-escalate the violence and bring people to senses. He continued to do so till he was gunned down on 30 January evening in Delhi in 1948.

Besides his position and actions, Gandhi was also a fascinating subject for cartoonists- visually. With his big ears, desi attire and round spectacles – his sketches evoked a smile on the face of the grimmest of persons. 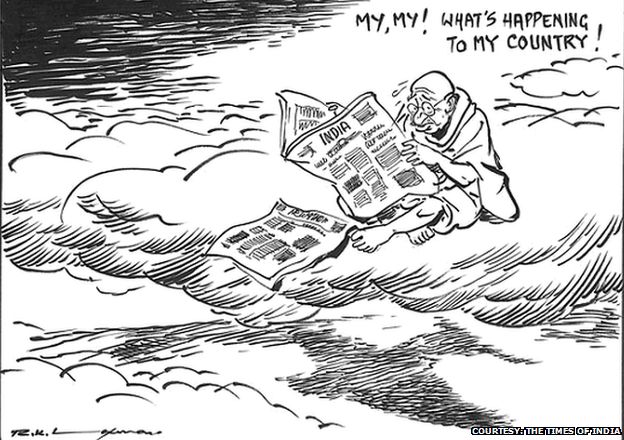 Over many decades cartoonists across countries drew his cartoons. Cartoons of Gandhi appear till date. In a R.K.Laxman cartoon published years after his death- Gandhi is shown as reading NEWSPAPERS AND SAYING: Oh God what has become of my country!

Ahmedabad based Navjeevan Trust had published an anthology of cartoons on Gandhi drawn by different cartoonists across the world in different times. Published in 1970, it has 122 cartoons. It is freely available online. Check it out on the eve of the birth anniversary of Gandhi on 2 October. And here is one cartoon on Gandhi by Sir David Low (7 April 1891 – 19 September 1963), one of the finest cartoonists of the world.