After the launch of the regional channels of ETV like ETV Odia, Gujarati, Madhya Pradesh, Uttar Pradesh, Rajasthan and Bihar, the number of channels of the network reached to 12. The operation of 12 channels of different Indian languages ​​under one roof was the biggest achievement of that time. 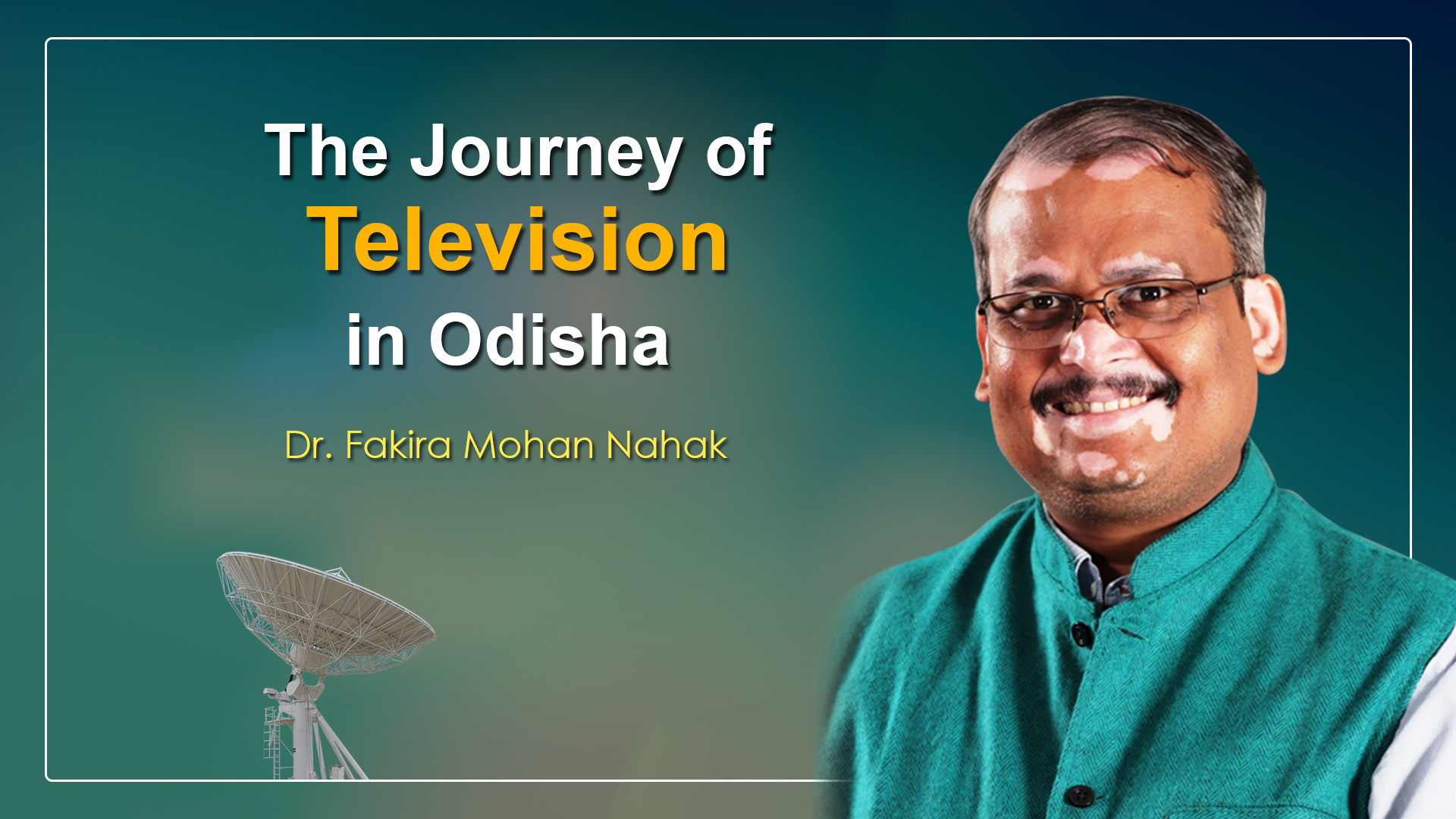 The number of news stories reported by various reporters, stringers and bureaus was over two hundred per day in a single channel. So there were around 2500 stories getting filed everyday across the network. In addition to that the number of stories available from various news agencies such as APTN (Associated Press Television News), Reuters, ANI (Asian News International) and PTI (Press Trust of India) were not less than one thousand daily. So choosing the best story out of hundreds of television stories was a tough row to hoe. 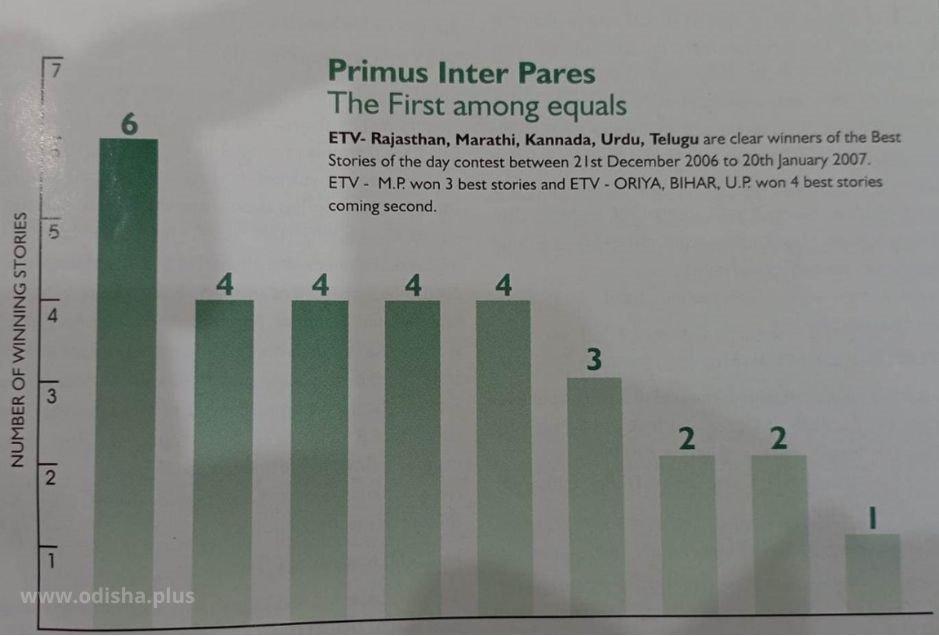 The main intention of the network was that a good story filed or reported in one regional language channel that has news value must be made available in other channels of the network. It will help the work of a journalist or reporter who files a story reach a wider audience and be acceptable. In addition to that the culture, tradition, activity and best practices of one place can be learnt in other parts of the country. It will ultimately ensure better cross cultural exchange. 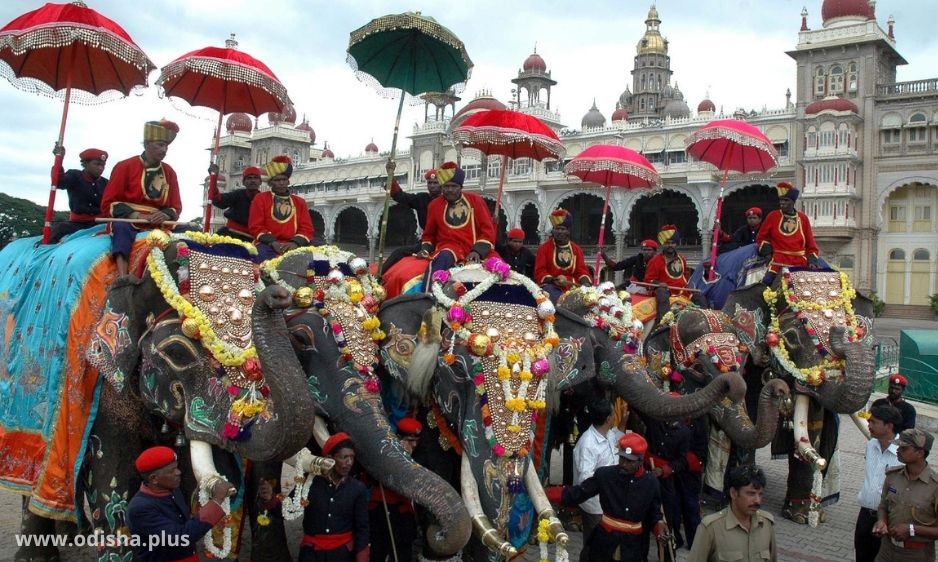 One of the best examples is the coverage of the world-famous Dashahara festival held in Mysore, Karnataka. If this story of ETV Kannada is made available to other channels of the network, people or viewers across the country would get to know the tradition, cultural importance and the legend behind the festival in a better way. 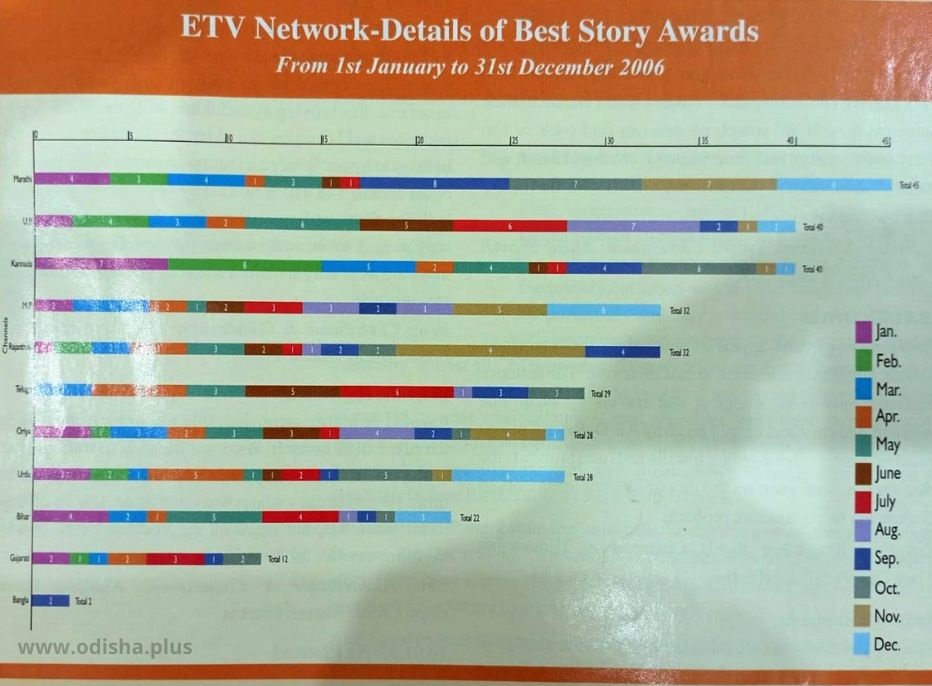 To facilitate this process of taking the story of one language in the bulletin of another language channel, a special National Core Desk was set up on the ETV network. It was staffed by representatives of all the regional language channels in the network. In particular, the editor or news coordinator of the respective regional language channel sends one or two copy editors from their channel to the national desk. No matter who works for the core desk, the copy editor must be fluent and professionally competent in his or her native language along with Hindi and English. 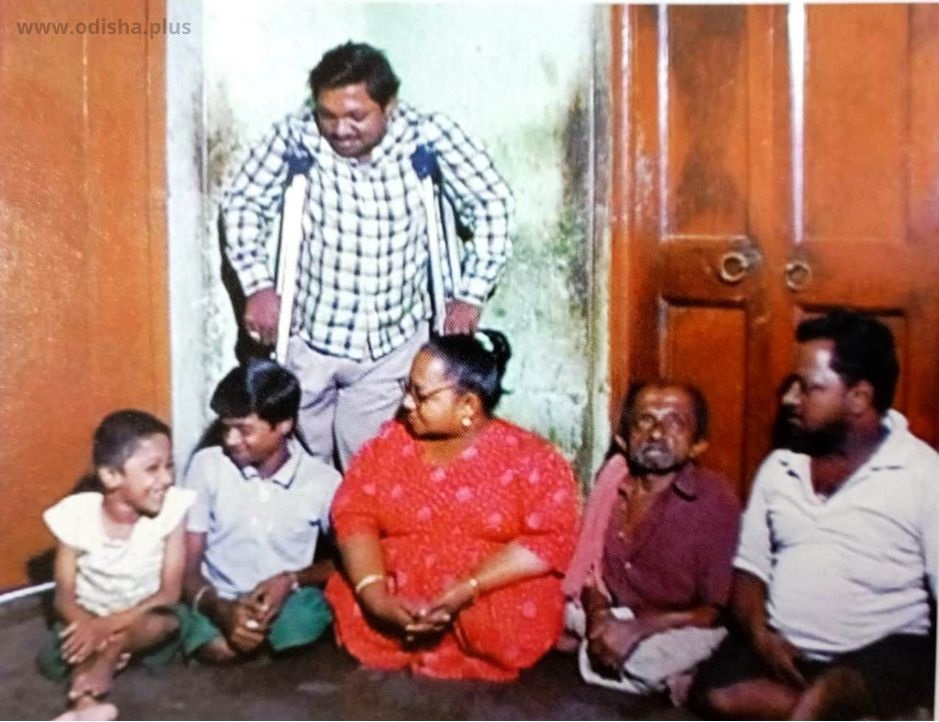 The desk regularly communicates with the network’s main bureaus like Delhi, Mumbai, Chennai and Kolkata and alerts each news desk with the help of a public announcement system. In addition, one of the key responsibility of the copy editors and other members of the National Desk was to translate the important, emotional, and human interest stories from all these regional TV channels into English, so that it can be made available to telecast in other regional channels of the network. 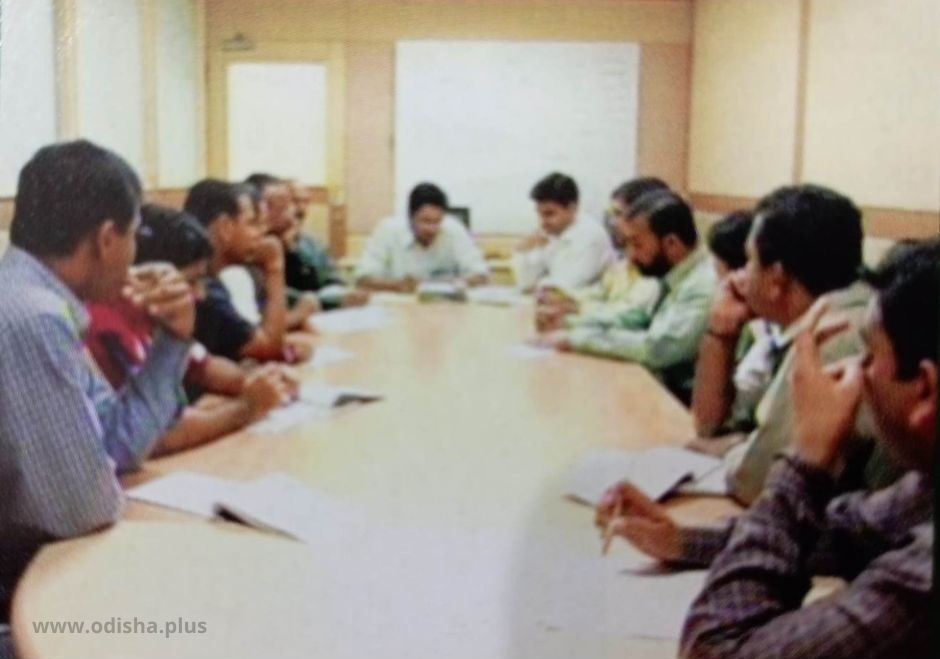 Now the question was to decide on what basis the story of one language needs to be considered to be aired by other languages and how to make the process seamless. To address this question, the concept of daily best story contest was proposed by RamojiRao, the chairman of the Ramoji Group.  Each channel chooses the best story of the day out of all the stories it makes in its own language that gets included in the competition. A committee of senior members of various news desks regularly reviews and evaluates these stories and selectively present stories for the entire network. As a result, news reports in a particular regional language were not confined to a specific geographical boundary, and could reach out to a wider audience. 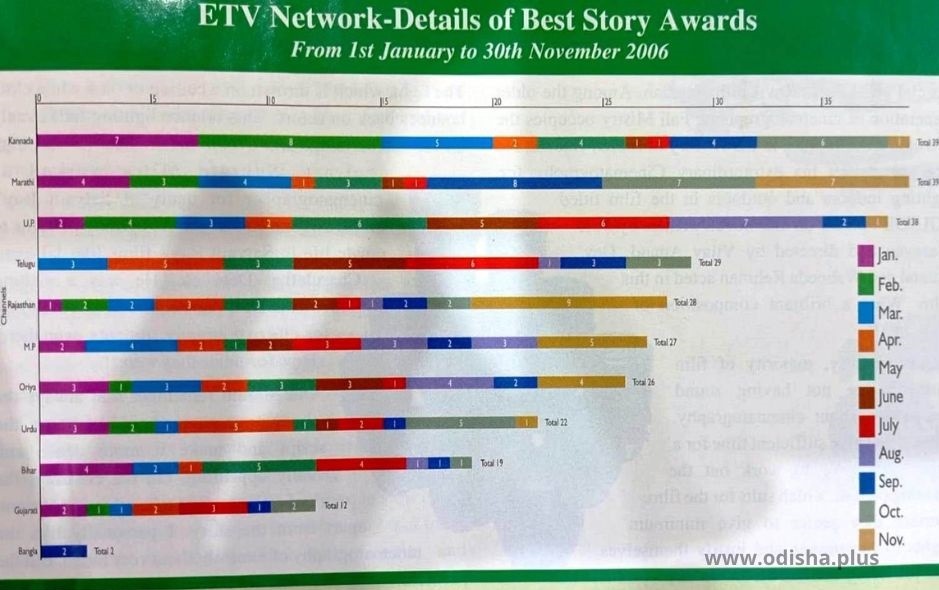 This process created a healthy competitive state of mind among the copy editors, reporters, cameramen and voice over artists working in all regional language channels. Everyone wanted to win the Best Story Award. A certain amount of financial reward was also given to reporters, cameramen, copy editors, voice over artists and visual editors of the stories that were considered the best stories every day.

The competition, which began in August 2004, had been going on for a long time. A monthly list was published by the ETV Secretariat, which included the ranking of the channels based on the number of best stories award they received. As everyone was in competitive spirit and mind, this best story contest was very helpful in doing good and quality work. This was undoubtedly a unique concept in the television industry.