Gujarat’s Adalaj temple celebrated Bahuda Yatra of Lord Jagannath with exemplary grandeur. To mark the occasion special worship was performed during the Day before the Deities stationed at the makeshift Aunt’s house inside the community hall at the ground floor of the main temple. At  6.00 p.m. in the evening the return journey of the Gods and Goddess commenced. The Deities were taken in a procession by the servitors and devotees from the Adap Mandap to the special platform erected at the first floor of the temple just at the end of twenty two steps. 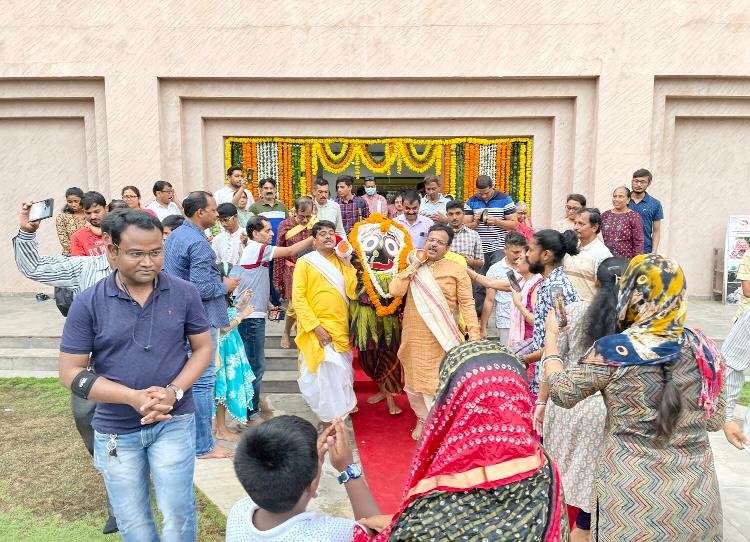 Lord of the Universe then witnessed a play entitled “Mahabahu Pheri Jaa” based on His stories and miraculous acts, produced by the Management Committee of the temple Shree Jagannath Cultural Academy and Research Centre (JCARC). Directed by the President of Odisha Socio Cultural Association Hare Krushna Dash, the mythological enactment evoked overwhelming appreciation among the spectators. 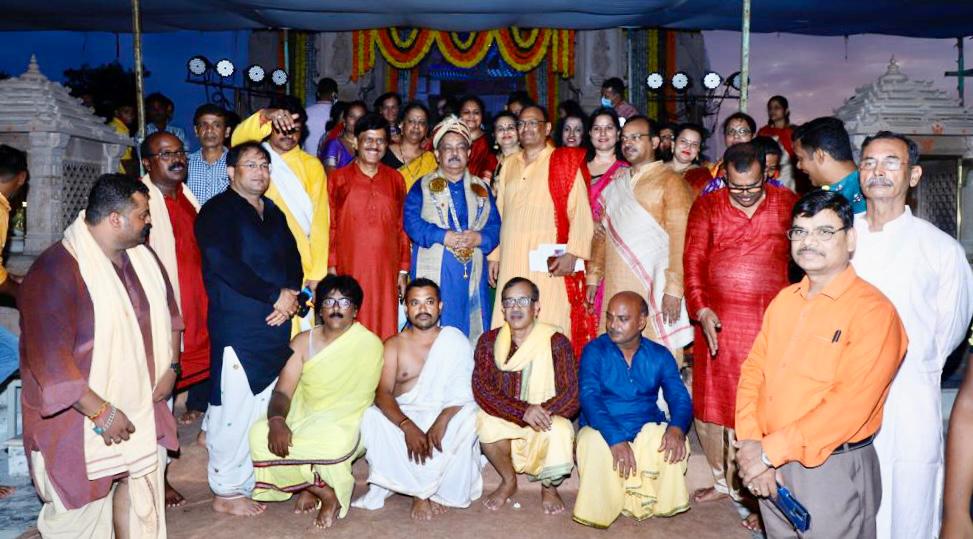 The amazing acting by the members of the Temple’s Committee which include Chairman Dr S .K. Nanda in the role of Gajapati, the Member Secretary Badri Mahapatra as Shri Jagannath and Core Group Member Usharani Tripathy in the role of Goddess Lakshmi drew massive applause from the audience. 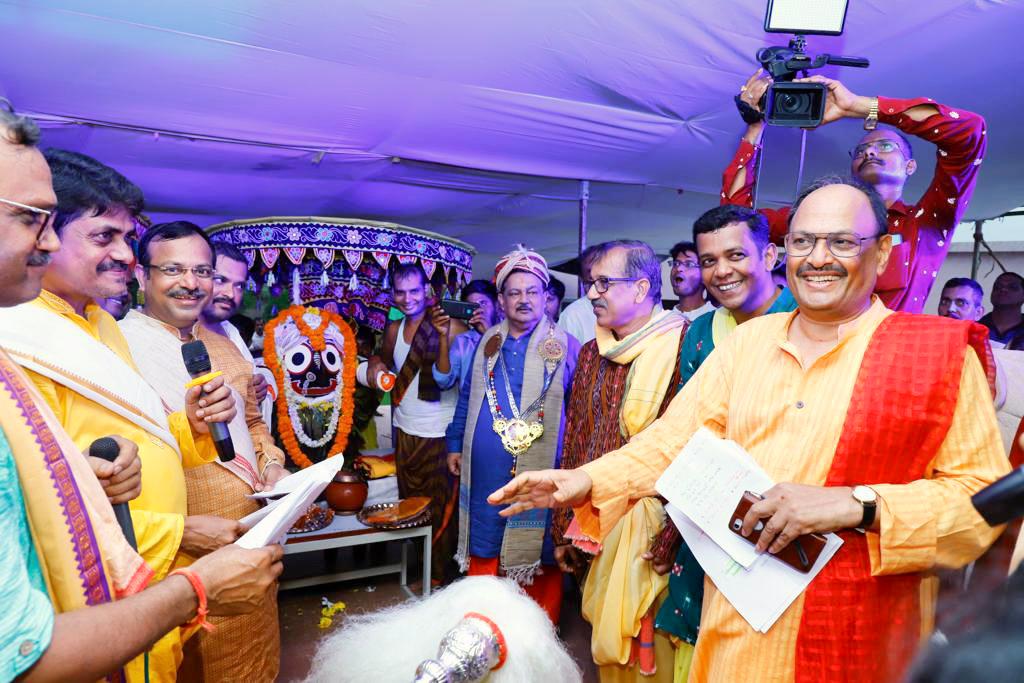 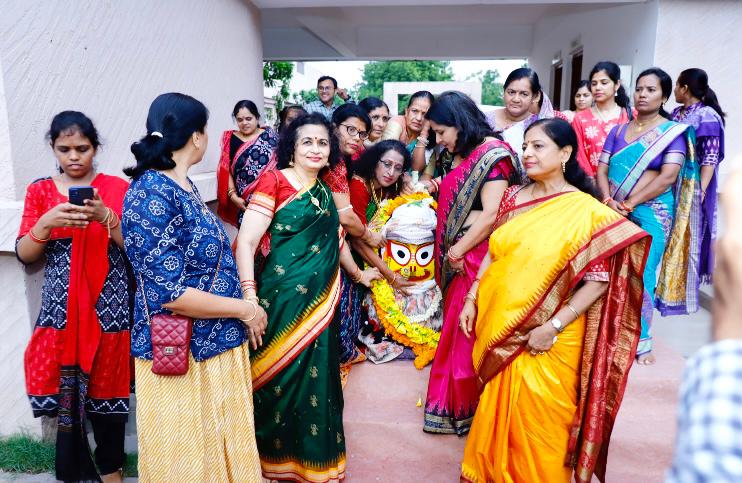 In late evening, with the playing of musical instruments and singing of soul soothing Kirtans and Bhajans, the Deities were escorted to the main temple and were placed on Ratna Sinhasan. After Arati was performed, noted artists from Gujarat recited scintillating devotional songs in front of Sanctum sanctorum. During Lord’s stay at Shree Gundicha Temple, colourful cultural shows consisting of spectacular music and dance recitals were presented by renowned troupes on all the nine evenings in front of Adap Mandap. 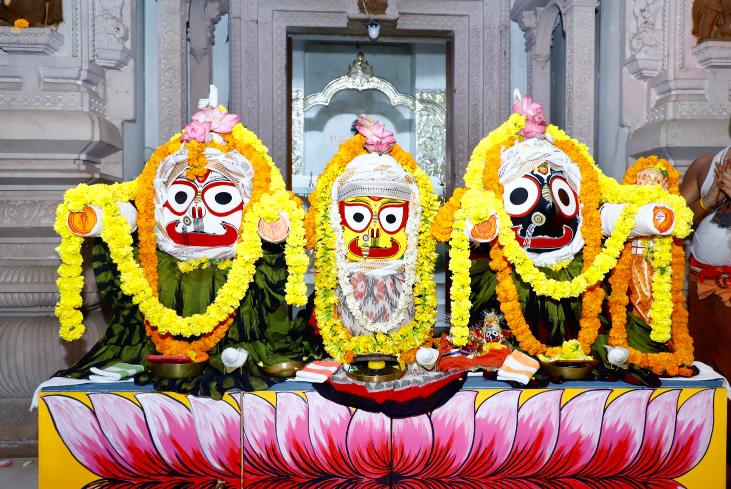