Federation of Indian Chambers of Commerce & Industry (FICCI) will be the national industry partner for the upcoming Make In Odisha Conclave to be held in the State Capital from Nov 30-Dec 4. 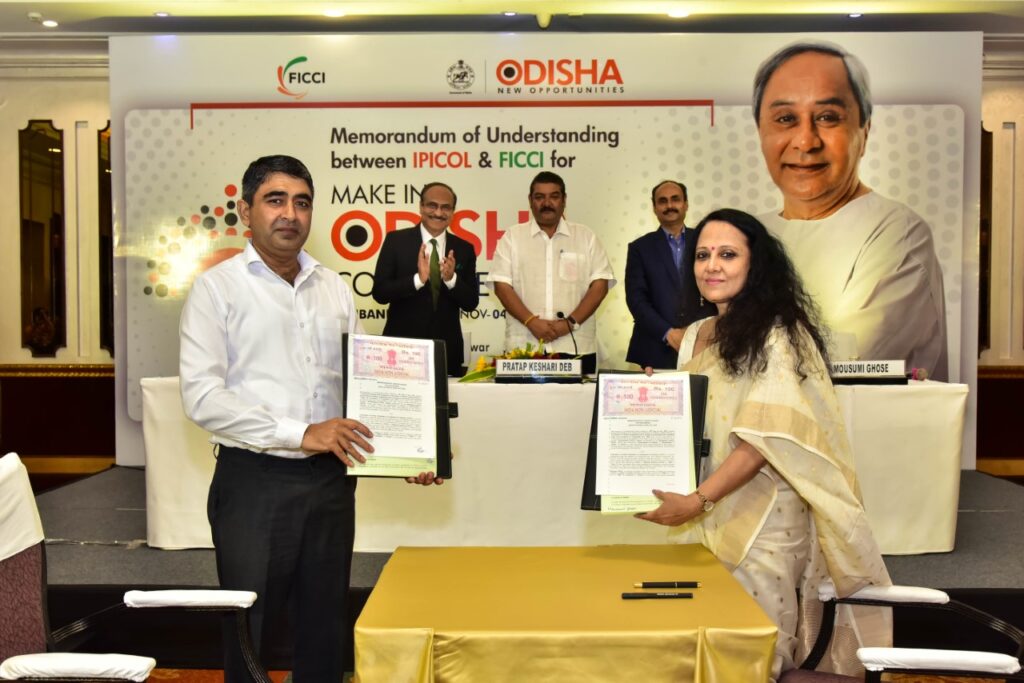 A MoU to this effect was signed recently by Industrial Promotion and Investment Corporation of Odisha (IPICOL), State govt’s apex investment promotion agency, with the FICCI, country’s largest business body.

Principal Secretary Hemant Sharma described Make in Odisha as the most enterprising event for attracting investors, entrepreneurs and industrialists alike. He further added that the two preceding events had a tremendous impact on making State the preferred investment destination and the trend will continue this year which will bring more investments and job opportunities to the state.

“This will be the third edition of Make in Odisha Conclave. The first MIO in 2016 saw an overwhelming response receiving over Rs 2 Lakh Crores investment intent. Moreover, it was attended by over 5000 delegates and addressed by over 50 speakers from across the globe. The investment intention in the second edition jumped to over Rs 4 lakh crores. The goal this year is to surpass all expectations and put Odisha firmly on the global map,” said Industries, MSME & Energy Minister Pratap Keshari Deb. 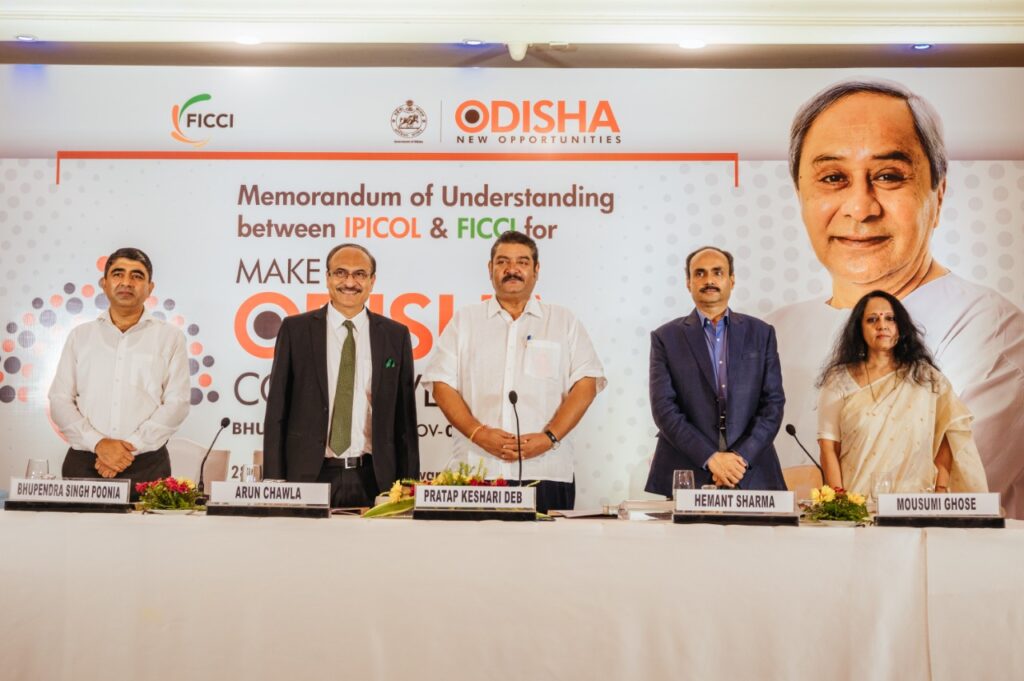 He further added that the state has grown at 10.1 percent making it one of the fastest growing economies in India.

The minister stated that Odisha has become a destination of choice for industries in metal and allied sectors for rich natural resources and ecosystem advantage.

Shedding light on the abundance of natural resources in the State, Deb said Odisha has 96 percent of India’s chromite reserves, 92 percent nickel reserves, 53 percent bauxite, 45 percent manganese, 35 percent iron-one, and 23 percent coal reserves. For this, Odisha is the largest producer of Steel, Stainless Steel, Ferro Alloys, Alumina, and Aluminium in India, he emphasized.

The Government has also proactively taken measures to broad-base the industrial ecosystem in the state, with focus on sectors like chemicals and petrochemicals, textiles and apparel among others, he added.

While highlighting State’s immense investment potential across the sectors, he identified proactive approach of the State Government officials and focus on ease of doing business as the key strengths.

“FICCI will leverage its sectoral expertise; tremendous industry connects and experience for the successful organization of the event,” he added.

IPICOL MD Bhupendra Singh Poonia reiterated IPICOL’s commitment for creating and executing tangible milestones in the furtherance of this MoU.