Nationalism and Development: Where do Gandhian Perspectives fit in? A one thousand Dollar question, but I have not got an answer till date.

My father was similarly disturbed in the first few years after independence. It became restless and finally disillusioned in the next few decades. Poor fellow, spent 6 years of his life in a freedom struggle… and the country did not bother to involve such people in the development process, forget about nationalism. 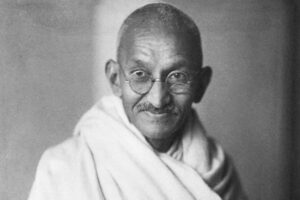 My father and I had difference of views on various topics. But, whenever I differed in views, I  always looked at his feet and not his face. I never sat on his favorite chair, nor wore his favorite chappal. But we discussed many issues and my philosophical foundation began with that.

Gobinda Mousa was the best friend of my father. Some other friends were Dr. Abhimanyu Mohanty, Somanath Mahapatra, Nilamani Dubey, Jadumani Jena, and so on. Their normal place of meeting Adarsha Mistanna Bhandara was closed in 1974. Our Hotel Sri Hotel and Restaurant then became their place of meeting for a few years. Later, it shifted to Fakir Sahu Hotel for a few years, and finally they met only on roads, at times.

I did not have a proper childhood. I don’t remember when I played hide and seek game with my friends last time, at which age. Indira Gandhi gave some pension to freedom fighters, but nobody wanted to involve the people with nation building who fought for the freedom of the country.

In the absence of a regular source of income, my father took up a lot of petty jobs. Post independence, he was District Correspondent of ‘Ganatantra’ which was the newspaper of Ganatantra Parishad, it later merged with Swatantra Party and the name of the newspaper became ‘Swarajya’. He left it in 1974 and started a Hotel. It could not run properly and he started a Fair Price Shop. From the Fair Price Shop, he joined Bijoy Marine Products as their local PR Man. Then he started Stamp Vending. 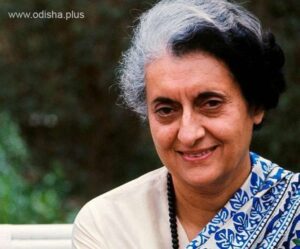 My father edited ‘Janamata’, the first news weekly from Puri in 1967 and it ran for 3 years. He also became a Contractor in 1970. But nothing worked. The state completely forgot these people. We used to starve half of our days. Post 1972, the Freedom Fighters’ Pension introduced by the then Prime Minister Indira Gandhi was the only regular income that my father had.

But, my father had a different lifestyle. Whatever was cooked, it was to be consumed that day. Nothing left for tomorrow. My daughter has inherited that lifestyle though she never lived with my father. It’s in the genes as they say!

It will take me a few posts to write about my father and how he and his friends were sidelined in the National Development Process in the Post Independence Period. Gandhian Perspectives died, but Gandhians like my father and Gobinda Mousa remained in their Gandhian way of life.

Where is Gandhism Today?  My father had this question in his last two decades of life and I am yet to get a suitable answer.