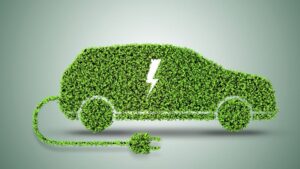 In yet another masterstroke by Odisha Chief Minister Naveen Patnaik, the state’s commerce and transport department recently tweeted a 100% exemption of motor vehicle (MV) tax and registration fees for electric vehicles in a bid to encourage their adoption with enhanced rapidity. Moreover, the proposal to extend a slew of added incentives for buyers, manufacturers, batteries and charging stations of electric vehicles under the Odisha Electric Vehicle Policy have also been put on the table.

This measure crucially comes in the backdrop of the 2021 United Nations Climate Change Conference between 2nd-12th November. The event, in Glasgow, Scotland, was attended by political leaders, environmentalists, policymakers, researchers, civil society practitioners and climate activists among others who have come together to discuss and deliberate upon the plausibly tangible changes that collectively need to be adopted so as to fend off the looming perils associated with this climate emergency that we find ourselves amidst.

Characteristic of most climate conferences, this one too witnessed impassioned speeches and lofty, practically unattainable climate targets thrown around heavily wrapped in jargon. Countries pledged to tread on the path of net-zero carbon emissions, end deforestation, reduce methane emissions within limited time-frames to prevent global temperatures from rising above 1.5 degrees Celsius. While one could certainly vouch for the noble intentions of these aspirational targets, the rhetoric is far from new. For decades now, the unparalleled threat posed to the future of this planet has been acknowledged. Yet, the inadequacy surrounding policies and resultant actions is what has exacerbated the impacts of climate change to an extent that the clock to doomsday is ticking at an unprecedented speed.

The need of the hour now more than ever, as has been for some time now, is to act and to act decisively and that is why the Odisha Chief Minister’s step towards incentivizing the usage of electric vehicles attains accentuated relevance. Most electric cars sold today tend to produce significantly fewer planet-warming emissions than most cars fueled with gasoline. But, a major hindrance to the widespread usage of electric vehicles in a lower income country like India is to do with the relatively heftier pricing of these.

Paucity of infrastructure for the manufacturing of electric vehicles and charging these on a large scale are other detriments. With the recent policy announcement, the Odisha CM has made significant headway towards rooting out both the aforementioned factors considerably. Moreover, India’s overwhelming energy import-dependency, paired with stratospheric taxes imposed has made sure that fuel prices continue to remain a menace to an average Indian. Switching to electric vehicles, thus, becomes an economically efficient substitute in the long run as well.

In this time-bound battle to salvage our planet from the sharp clutches of climate change, there is an inexplicably long road ahead which requires developed countries to acknowledge the damage that their pursuit for industrialization has caused, extend assistance the developing countries in terms of finance and technology, helping them switch to climate-friendly alternatives to develop their economies and create jobs. Yet, at the lowest levels, steps like Mr. Patnaik’s can go a long way in setting a precedent which could facilitate tremendous development in this battle.

Other states could garner some lessons from Odisha and harness India’s potential to be the largest market for electric vehicles in the world, inevitably contributing to the mitigation of emissions and consequentially averting the catastrophic repercussion of climate change. Every single step is remarkable, because, after all drops make an ocean and Naveen Patnaik recognizes that incredibly well.

(Author is a Research Intern in the Strategic Studies Group at Observer Research Foundation (ORF), New Delhi. Views are Personal.)