The crisis in Indian agriculture, which has been building up for decades, is not one of declining profitability but of non-viability of the bulk of landholdings. 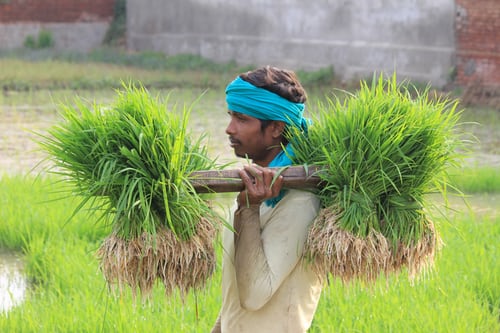 The number of these holdings is fast increasing, and even the extent of non-viable land in the total cultivable area is expanding. Merely boosting the productivity of smallholdings is not sufficient, and their non-viability hinders capital formation in agriculture. The main reason behind the crisis is that employment opportunities in non-agricultural sectors are not growing fast enough. Policymakers and agricultural experts often focus more on increasing the productivity of land than the welfare of the farmer.

Increasing land and water productivity is important, but it is only instrumental in improving the welfare of the farmer and his family. The welfare of the people at large cannot be brought about by neglecting the farmer. A crisis in agriculture affects all those who depend on it for livelihood, and that is a substantial part of the population.

A high incidence of suicides by farmers since the 1990s has been witnessed. Going by the National Crime Records Bureau statistics, nearly three lakh farmers committed suicide in India between 1995 and 2013. The actual number of farmers’ suicides may have been higher because some states did not initially report suicides during this period. Also, some of the suicides were not included in the statistics because according to the police those committing them were not recorded as farmers. Only those owning land were considered as farmers and those taking land on informal lease and cultivating were not.

Actually, these informal tenants are more vulnerable and face higher risks. Farmers’ suicides are the most telling and poignant symptom of the human crisis facing Indian agriculture. It is a systemic or structural crisis, if not a total crisis in all aspects. This crisis has not suddenly emerged, but has been building up since decades and needs to be analysed.

The structural weakness of Indian agriculture makes it unprepared to tackle climate change and to remain resilient. Struck by a drought, a non-viable farmer tends to sell his productive assets like bullocks because he cannot get loans for meeting consumption needs in a drought. Even when the situation returns to normal, he would still be unable to cultivate due to the loss of productive assets. Farmers, particularly with larger holdings, used to grow trees suitable for leaf manure and fodder. Now with increased pressure on land, resulting in subdivision of holdings, every inch of it tends to be used for crop cultivation with little space left for growing trees. 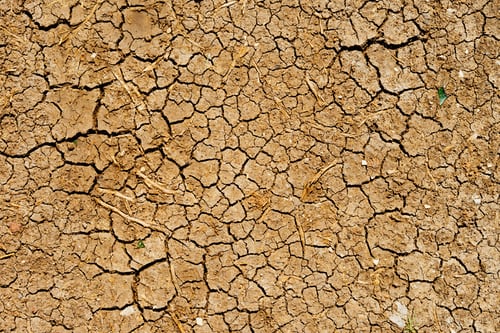 Regular rotational or seasonal fallowing was practised by farmers earlier in order to enable the soil to replenish its fertility. Now the farmers are not voluntarily following the practice and tend to leave their land fallow only during droughts. Considerations of sustainability are sacrificed on the whole now, making agriculture more vulnerable to climate change. Thus, the structural weakness of agriculture affects not only its viability, but also its sustainability. Any measures undertaken to resolve the crisis in agriculture cannot ignore the lot of agricultural labourers or wage workers. Their proportion in the total agricultural workforce has been steadily increasing in India since 1961, from 24.0% in 1961 to 45.6% in 2001, and to 54.9% in 2011.

For the first time, agricultural labourers have outnumbered farmers now. It is necessary that any policy on agriculture should seek to improve their living standards, but a real improvement in their conditions cannot be expected unless the viability of agriculture improves. Some agricultural workers, both cultivators and labourers, have been trying to overcome this crisis by seeking employment in nearby towns or cities, without giving up agriculture altogether. They commute to cities almost daily for work while still residing in villages and cling on to their agricultural holdings as a source of security.

However, this cannot be a sustainable solution to the viability crisis in agriculture. To solve this problem, policymakers should aim to maximise employment in the non-agricultural and agricultural sectors, rather than concentrating on maximising economic growth rates per se. Between 2000 and 2010, India’s national output grew at an unprecedented rate of 7.7% per annum, but employment grew only by a mere 0.3% per annum. Such jobless growth has only increased the dependence on agriculture since it has to absorb the residual workforce. 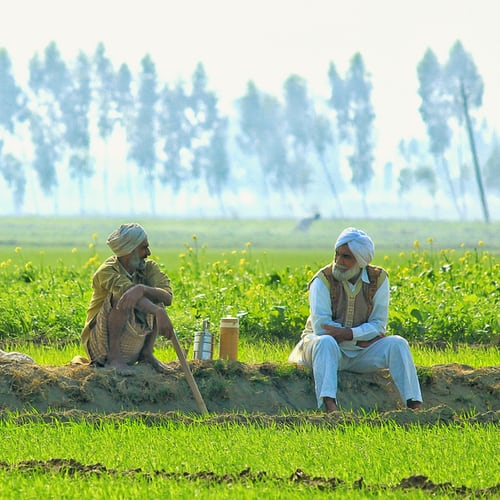 Economic sectors that have higher employment intensity should be identified. Decentralised industries, which are scattered all over the country, can provide either part-time or full-time employment in rural areas and should be particularly encouraged. Agro-processing units in the small-scale sector have a great growth potential and should be encouraged as far as possible without compromising on the quality of the product.

The consumers, whether rural or urban, need to feel confident that the products of these industries are not inferior to those produced by large-scale industries. These industries need to be given marketing support in innovative ways, which can be done even by the private sector. Private industrial enterprises, which can assure quality control and provide marketing support, can adopt decentralised small or cottage industries, and government banks can provide them with credit support on a preferential basis.

Decentralised economic sectors can spread technical and artistic skills and enterprising spirit even in rural areas and can coexist with large industries, where economies of scale are conspicuous. An indiscriminate resort to labour-saving devices has to be checked somehow in large industries. Incentives may be devised for improving employment intensity of growth. It is also necessary to improve the quality of education available for rural people.

Currently, education standards are so poor that many students enrolled in middle school are not able to do simple arithmetic calculations, write a few sentences on their own, and read and understand a textbook properly. Children of poor farmers and agricultural labourers cannot hope to get more remunerative alternative employment opportunities with their poor educational qualifications and are forced to depend on agriculture for their livelihood. In addition to maximising employment opportunities outside agriculture so as to absorb agricultural workers, there is also a need to directly address the problem of non-viability. Of course, measures like increasing the productivity of crops, growing high-value crops, and diversification of agriculture should continue.

But, besides these, there has to be an effective and widespread movement for consolidation of non-viable holdings into viable ones. Farmers participating in this movement should be given special incentives. Farmers selling non-viable holdings should be assured of not only a fair price for their land, but also alternative employment opportunities. Banks should extend credit to small farmers buying additional land to make their holdings viable. There should, however, be no force or unreasonable pressure applied to sell non-viable holdings. If the farmers are not willing to sell their non-viable holdings outright, they should be free to lease out tiny holdings to a farmer who can consolidate them into a viable one and pay a fair rent. The lease market may have to be liberalised and formally recognised so as to make it possible for tenants to access bank credit for investment.

The government should encourage cooperative farming under which not only a large number of non-viable holdings can be consolidated but even agro-processing industries can be started. Special incentives can be offered to such cooperative farming enterprises. Once economic benefits of mutual trust and sociability are realised, a mighty force of economic enterprise and growth can be released for the welfare of all involved. The formation of dairy and sugar cooperatives and water markets in rural India is an example of institutional innovation. In any case, agricultural policy in India should also take care of new institution building without giving up its old concerns like stepping up productivity.

(The author is a Doctoral Scholar, Uttarakhand State Open University. Views are personal.)