A prison is a correctional facility meant to house individuals who break the law. The purpose of prisons is the reformation of inmates. Despite this, prison systems often hide violence and depravity behind their closed doors, which is detrimental to the reform of the inmates. 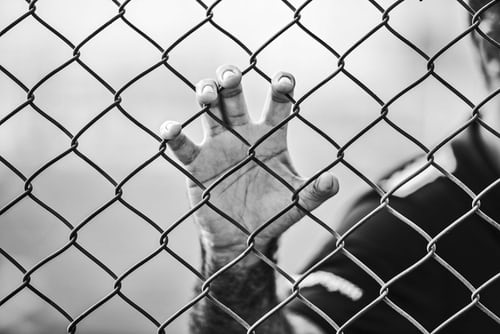 It is essential to recognize and fulfill the basic rights of prisoners to encourage their reformation. The problems related to imprisonment become even more pronounced in the context of women inmates. Prison systems are primarily designed to cater to men and are not well equipped to address the particular needs of women in prison. As per latest data available from the end of 2015, Indian prisons were home to 17,834 women. Only 17% of these women live in exclusively female prisons, while the majority are housed in female enclosures of general prisons.

In 2016, over 3 lakh women were arrested for crimes under the Indian Penal Code (IPC) and Special and Local Laws (SLL) 7 . A large number of these women were arrested for crimes under the Prohibition Act, for cruelty by relatives of husband and rioting etc. The overall number of crimes by women has been relatively consistent over the past decade or so. There is a relatively consistent pattern over the last 15 years, with the number of women arrested for various offences remaining between 3-3.6 lakh. While this number is relatively large, only a proportion of arrested women are incarcerated in prison, either following conviction or under trial.

There is national and international agreement that the condition of prisons and of women living in them needs urgent improvement. There are a number of provisions in the form of laws, rules and guidelines that protect women from exploitation in prison and guarantee them basic services. However, the implementation of these provisions is found to be largely lacking and women face a variety of problems while in prison.

There is a severe lack of female staff, which includes guards, officers, doctors, nurses, counselors etc. Accommodation arrangements are often inadequate, which is exacerbated by severe overcrowding in most prisons. There are inadequate numbers of toilets, bathrooms and other basic preconditions for sanitation and hygiene. The insufficient provision of water and menstrual hygiene products is a serious concern. There is a lack of female medical personnel and facilities meant to cover physical, sexual, reproductive and mental health needs of women in prison.

Nutrition, which is closely linked to health, is a concern particularly for pregnant and lactating women and children in prison. While they are to be given a special diet, this is not always followed. Women are entitled to have access to education while in prison, but apart from provisions for basic literacy, educational facilities are largely missing. Skilling and vocational training is also considered an important part of reformation, and every prison is meant to provide these services. Efforts in this regard are largely eyewash, with most courses imparting skills that are unmarketable, financially unviable and thus not much use to women after release.

All prisoners have a right to legal aid, for which there should be legal aid cells in every prison to help with cases of complaints, under-trials, appeals etc. These are not found in all prisons, and linkages with State and District Legal Service Authorities can be improved. Physical and sexual violence is a common scenario in prisons, faced by inmates at the hands of authorities and other prisoners. The provisions for ensuring safety of women in prison and addressing their complaints need to be followed strictly, which is not the case currently. Prisons are an insulated world, and it is important that women in particular maintain contact with their social network outside prison to ensure a smooth transition after release. While the limit on number of letters, phone calls and visitations are relaxed in the case of women, more needs to be done to help them maintain contact and overcome the social stigma attached to women prisoners.

Many women live in prison with their children (below 6 years of age) in cases where no other adequate arrangements can be made for their care. Spending their formative years in prison can have a huge negative impact on children and thus special care needs to be taken to ensure their physical and mental health, education and recreation. The health of pregnant women and mothers also needs to be taken care of. Re-integration in society is a challenge for many women prisoners, as they face severe social stigma, loss of family ties and employment, lack of economic independence and so on after release. Steps need to be taken to ensure that women receive all basic services while in prison, are protected from violence and supported after release to effectively take a place in society.

The adequate implementation of existing provisions will go a long way in improving the prison system. The National Model Prison Manual 2016 is a progressive document outlining the basic entitlements of women in prison and should be adopted by all states followed by its full implementation. A National Commission for Prisons, as also recommended by the Mulla Committee should be established to provide a national perspective on prisons and be a central body responsible for these.

Inspection of prisons is also an effective way of ensuring that rules are being followed. This should be exercised in all prisons, with inspections conducted in an independent spirit and reports shared across multiple government agencies. A robust grievance redressal mechanism should be put in place in all prisons to ensure the rights of prisoners are not violated and their concerns are heard impartially. There should be both internal and external mechanisms for inmates to represent their grievances. Special procedures should be defined at time of arrest of women to ensure their best interest as well as that of their children. Since searches at time of admission and throughout prison life can be an experience where women inmates face humiliation and violence, these should be strictly regulated by defined SOPs.

Adequate provisions must be made for pregnancy and childbirth in prison including medical, dietary and accommodation-related improvements. Children of prisoners, both the ones living with them or the ones living outside, should never be treated as prisoners themselves. Both physical and mental health needs should be addresses appropriately and regularly. Women inmates should have access to doctors and psychologists as and when needed. Educational facilities should be provided as per abilities of prisoners. Vocational training and skilling facilities in prison should be also be upgraded as it can improve the daily lives of prisoners and give them economic support after release.

Living condition of women inmates should be improved in terms of bedding, adequate lighting, sufficient number of toilets, options of clothing as per culture etc. Provisions of legal aid should be implemented with linkages with District and State Legal Service Authority. All rights and entitlements should be explained to women in a language they can understand. The number of undertrial prisoners in India is huge. Steps should be taken to facilitate their early release under Section 436A of Criminal Procedure Code as well in cases where are unable to pay sureties on release. Further, non-custodial measures such as community service, housing in shelters etc. should be given preference in the case of female offenders. A comprehensive after-care programme can prevent recidivism and help in the smooth transition of women in society after release.

This should include support for various aspects of post-imprisonment life including housing, employment, marriage, custody of children prevention of harassment by local police etc.