Amid COVID-19 restrictions, Salami Shashankar has been providing relentless banking services in the most inaccessible places of Mao- affected tribal areas. More than 1000 tribals have benefited because of Salami. 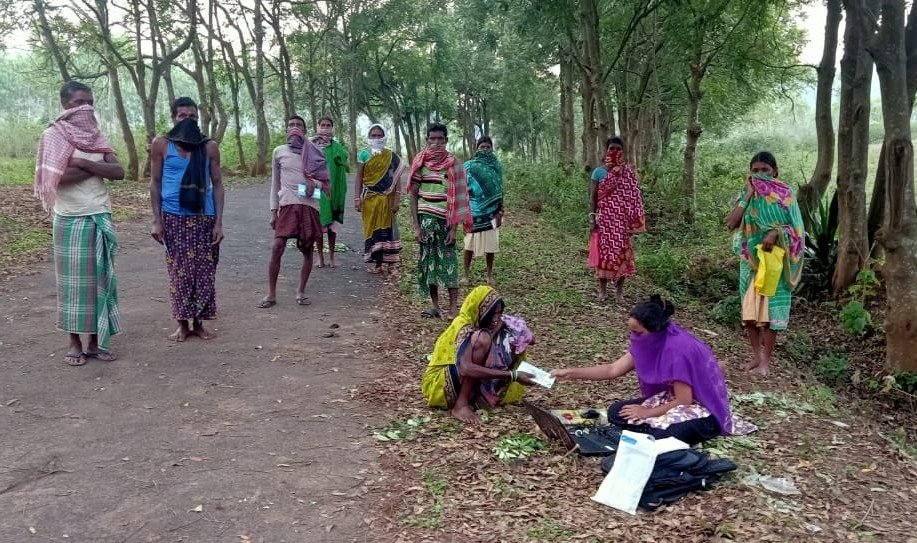 With banking transactions hitting rock bottom during the lockdown, 27-year-old Salami Shashankar became a messiah for the people of the remote Konapadi village – some 19 km from Laxmipur tehsil in Maoist-infested Koraput district. An outsourced staff of State Bank of India (SBI)’s Laxmipur branch, Salami has been travelling to such remote places on a two-wheeler for providing banking services to needy customers since March 25. 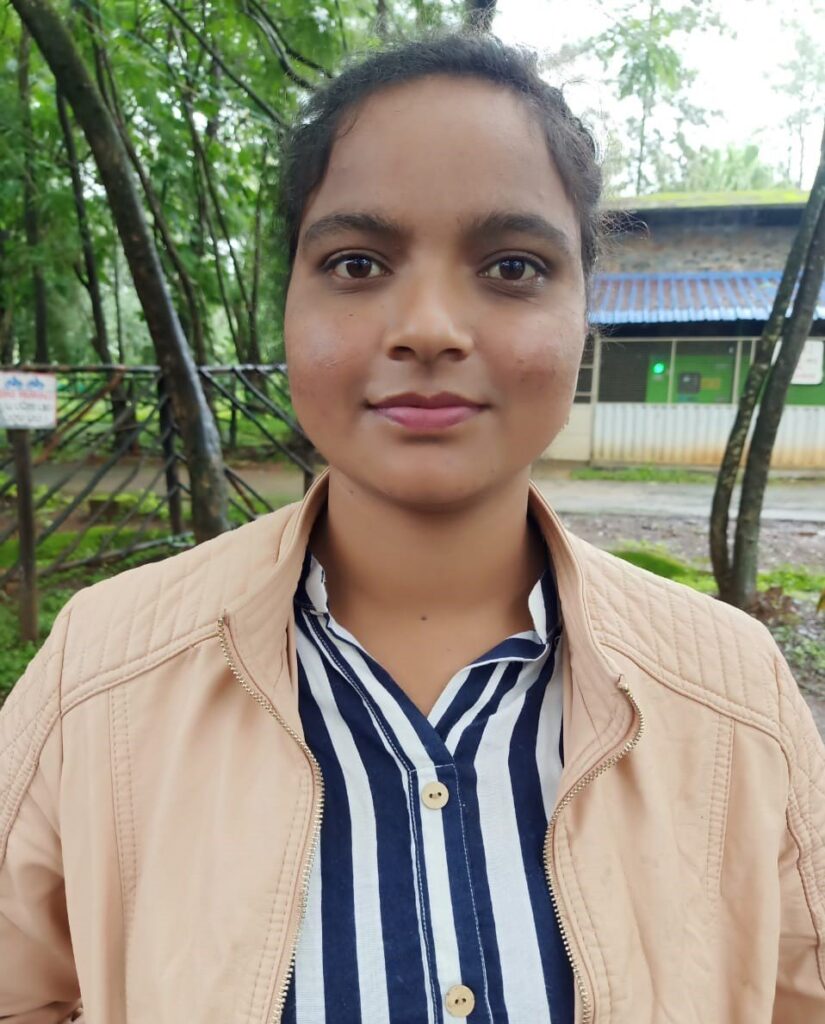 Salami is the only medium for the tribal to avail the state and central govt subsidies. While accessibility is a major issue, setting up a work station is a much bigger problem in these areas. “I gather leaves so that I am able to make a bed spreading over half a metre. That’s my work station and seat for the next five to six hours,” says Salami. Every day without fail, Salami carries with her a bag that contains 70 withdrawal and deposit slips, stamp pad, a laptop and cash around Rs 30,000 to Rs 40,000, pen, a 60-page register book and a hand sanitizer. ‘Safe and contactless transactions’ are her utmost priority. 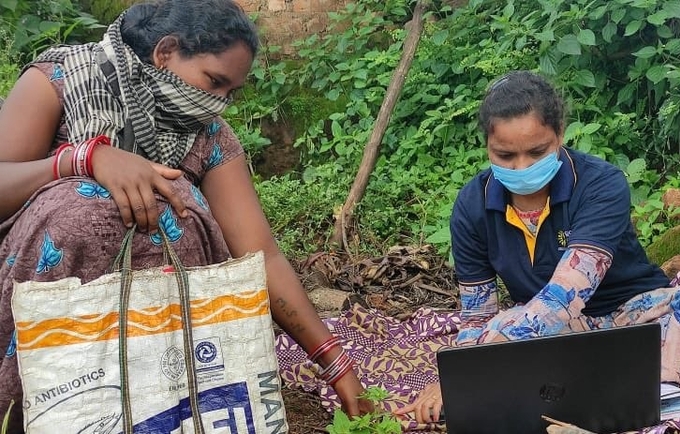 Salami who works as the Customer Service Point executive has so far visited at least 10 villages, including Sorisapadar, Uskabhata, Diansili, Podasankuli. Laxmipur SBI Branch Manager, Ranjan Sahoo says, “More than 1,000 customers have been benefited by her relentless service in times of dire need.” Salami’s work hours begin at 8 am and she returns to the branch between 4 pm and 5 pm so that accounting for the day could be closed. To reach far-off places, she prefers riding the pillion rider on her brother’s motorcycle. There have been days when she has either walked 4 km alone or rode around 8 km through a deserted route to reach the customers. 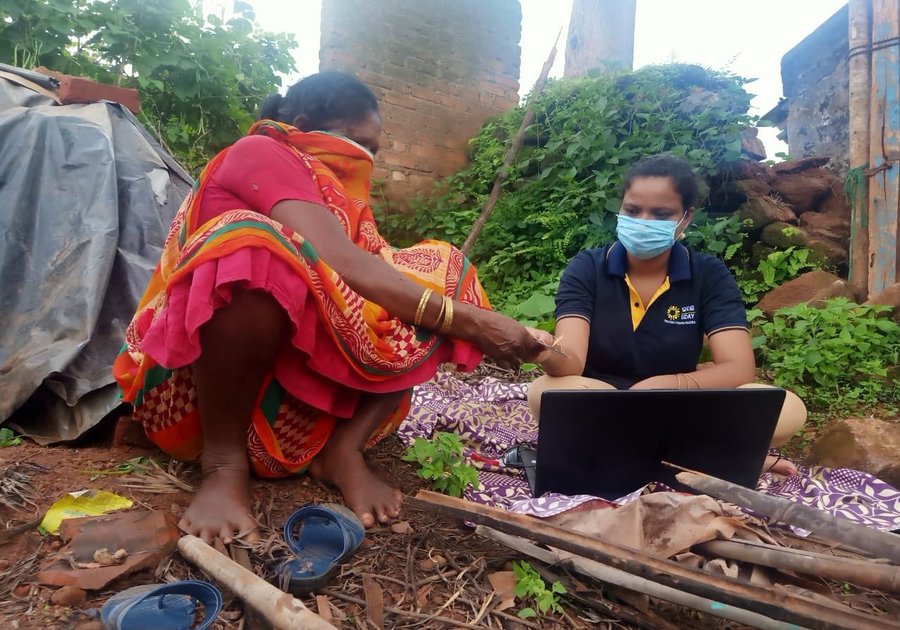 To ensure safety Salami doesn’t cater to more than 250 customers in a village on a single day, limiting her cash transactions between Rs 30,000 and Rs 40,000. Moreover, it’s a rule in these villages now – whenever she arrives, the villagers walk up to her with their Adhaar cards and passbooks without fail. Salami was hired as a contractual staff in collaboration with Odisha Livelihood Mission in December 2019. Before the lockdown was enforced, she offered service to the customers from her tiny permanent workstation on the premises of Toyaput Panchayat Office. 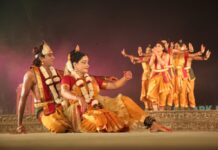 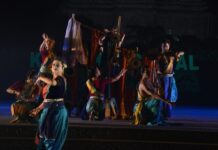 Enthralling Manipuri Recitals on the Second Evening of Konark Festival 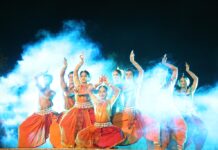