With over one hundred thousand publications, 900 plus television channels, close to seven hundred radio stations, countless number of news sites and over 900 colleges, university departments and institutes offering mass-communication and journalism teaching programmes, India has one of the largest media ecospheres of the world. Though the first newspaper in India appeared in 1780 and the first regional language newspaper appeared in 1818, professional training and teaching of journalism began in 1920. 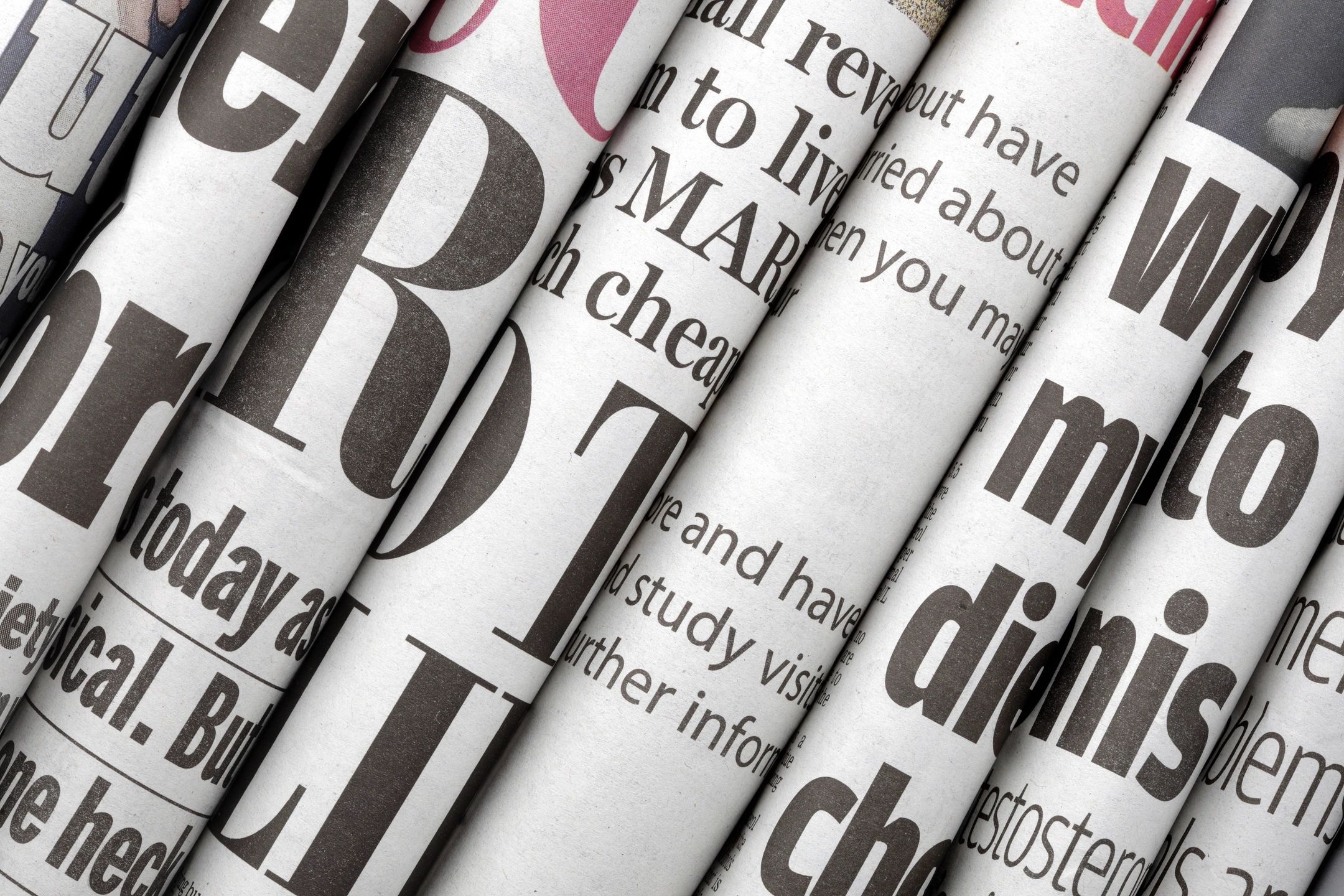 British socialist, theosophist, women’s rights activist, writer, and publisher Annie Besant (1847-1933), who also was the President of Indian National Congress (1917) introduced journalism as a discipline in the country at the National University at Adyar, Madras under the aegis of Theosophical Society, in 1920. Her foray into journalism had an interesting history. Annie Besant purchased the Madras Standard printing works from Mr. K. Prabhakaran Tampa in 1914, and also the right of printing and publishing the Madras Standard which was published from that press.

Madras Standard, founded in 1841 was going downhill for a long time. After purchasing, Annie Besant changed it to suit her political needs under the appropriate name New India. She thought of providing training in journalism. Initially, it was a bachelor’s degree under the Faculty of Arts in the Department of English with an added practical training to the students arranged in the office of ‘New India’, where Dr Besant paid special attention to professional journalism.New India trained several distinguished journalists like Sri. B. Shiva Rao. However, the course it did not last long. 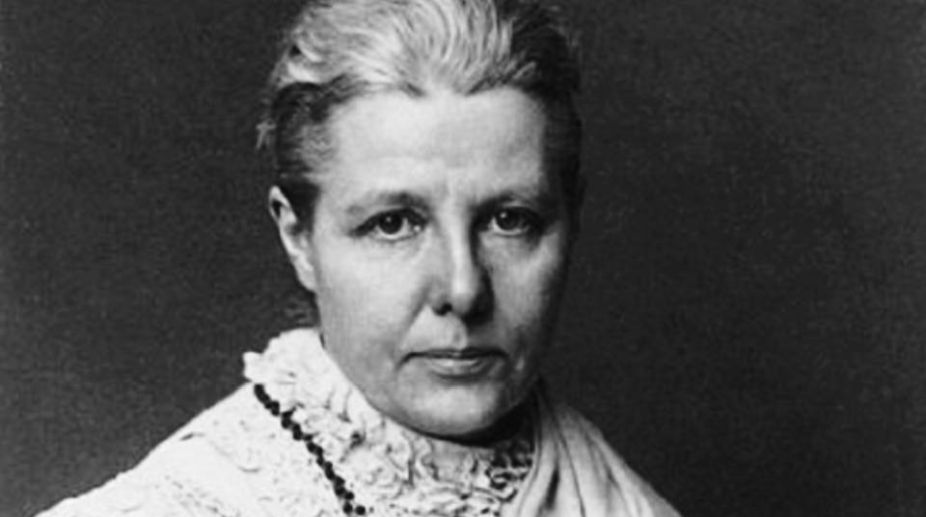 The second attempt to introduce journalism education was made in Aligarh Muslim University in 1938 with a diploma course. Sir Shah Mohammed Sulaiman, a former judge of the Federal court of India, began the class. The teacher in charge was Raham Ali Al-Hashami. He had varied experience in the journalistic field having worked for several English and Urdu newspapers. For the benefit of students, he wrote a book on the subject in Urdu entitled, ‘Fan-e-Sahafath’, which was published by Anjuman-e-Tarraqui-e-Urdu. The course was successful but short-lived. Sir Sulaiman died in 1940. The teacher in charge resigned because of some differences with the authorities.

According to Prof Pradip Thomas, Congress Party established a school “at the private Bhavan Institute in the south Indian city of Kochi” in Kerala for Indian journalists who would aid the nationalist movement’s support for Home Rule. Like that of Anie Besant’s this initiative too offered opportunities for the training of journalists and contributed immensely towards the creation of professional, ‘native’ journalists, some of whom advocated for ‘Home Rule,’ ‘Independence’ and the ‘Freedom Struggle’.

The first professional Journalism Department in undivided India was established in Punjab University, Lahore in 1941 by Professor Prithvi Pal Singh who studied journalism at the University of Missouri, Columbia, USA. Born on 3rd October 1910 at Lakhimpur Kheri (UP), Prof. Prithvi Pal Singh did Law from Lucknow University. Thereafter, he practised in the Chief Court on Oudh from 1932 to 1936. But he had a deep craving for journalism. He decided to go abroad for higher education. He returned to India in Oct. 1938 after completing the Diploma Course in Journalism from London University and securing Master’s Degree from Missouri University, Colombia, U.S.A.When he was in London, Jawaharlal Nehru invited him to return to Indian and join the National Herald. But when he arrived in Lucknow in Oct. 1938, Mr. T.N. Singh (later Governor, West Bengal) had just joined that post.

Soon the Pioneer offered Mr. P.P. Singh an identical post. Later, Mr. Singh served the International News Service the fore-runner of America’s U.P.I. He also functioned as U.P.’s Director of Information and Publicity during 1946-47 and was the Chief Editor of the Department’s Hindi, English and Urdu journals. He was also editor of a Lucknow Hindi Daily, Navin Bharat for some time and Assistant Editor of a monthly magazine, Sudha. He wrote a weekly column in the Tribune, Lahore, for several years. Often, he used to write commentaries in Hindi on current affairs on AIR. 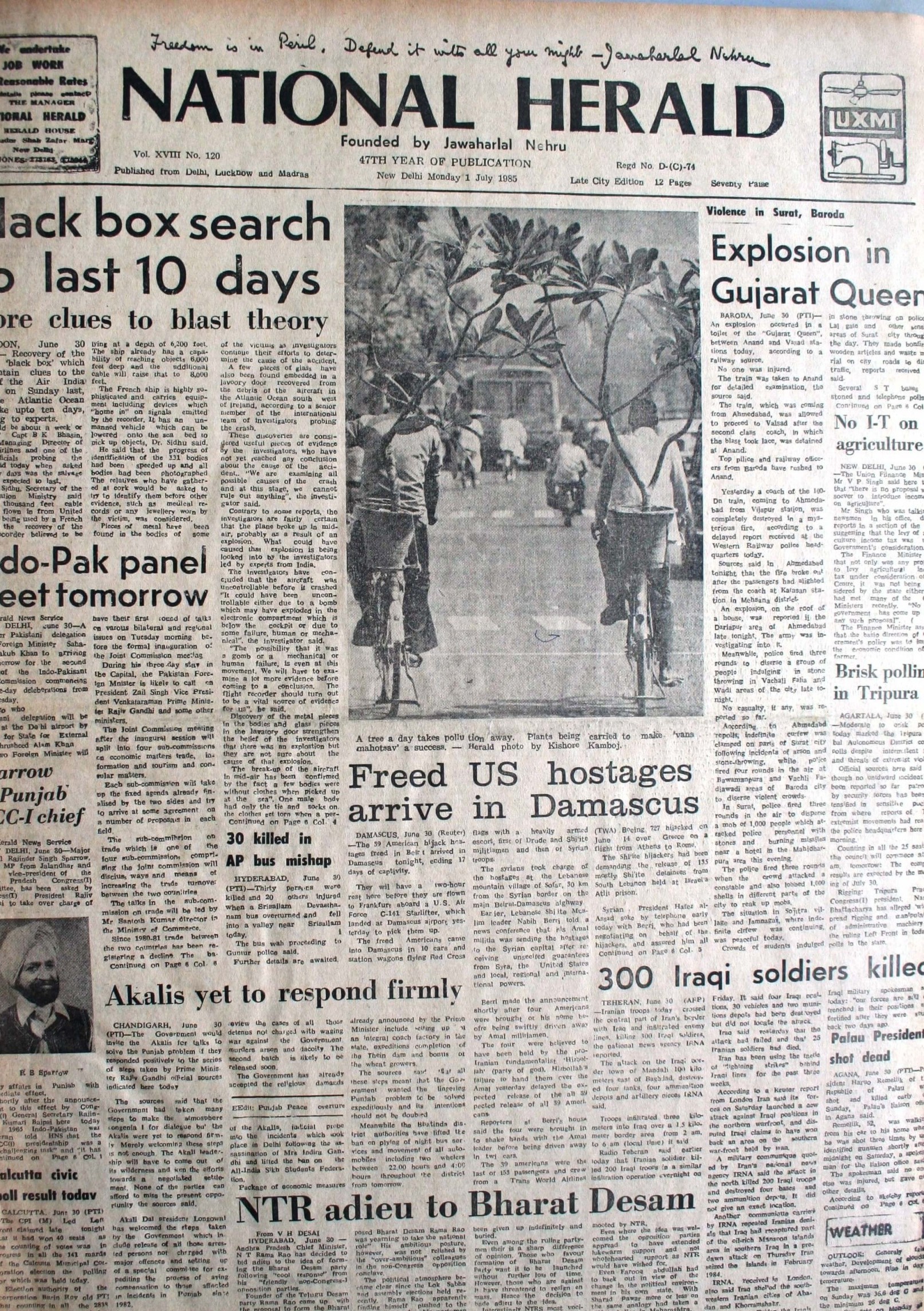 Down south, the University of Madras started the first department of Journalism and Communication in independent India in 1947. Next year, in 1948 University of Calcutta started a journalism course. The proposal to establish a Department of Journalism at Calcutta University was first mooted by the Indian Journalists’ Association (IJA) in 1934.The University of Calcutta formally announced a two year Post Graduate Diploma course in Journalism in 1950. The then Chief Minister of West Bengal, Dr. Bidhan Chandra Roy inaugurated the course formally on 7 October 1950.Renowned newspaper editor Mr. Chapalakanta Bhattacharya (1901-1989) steered the programme for more than a decade till the 1960s. 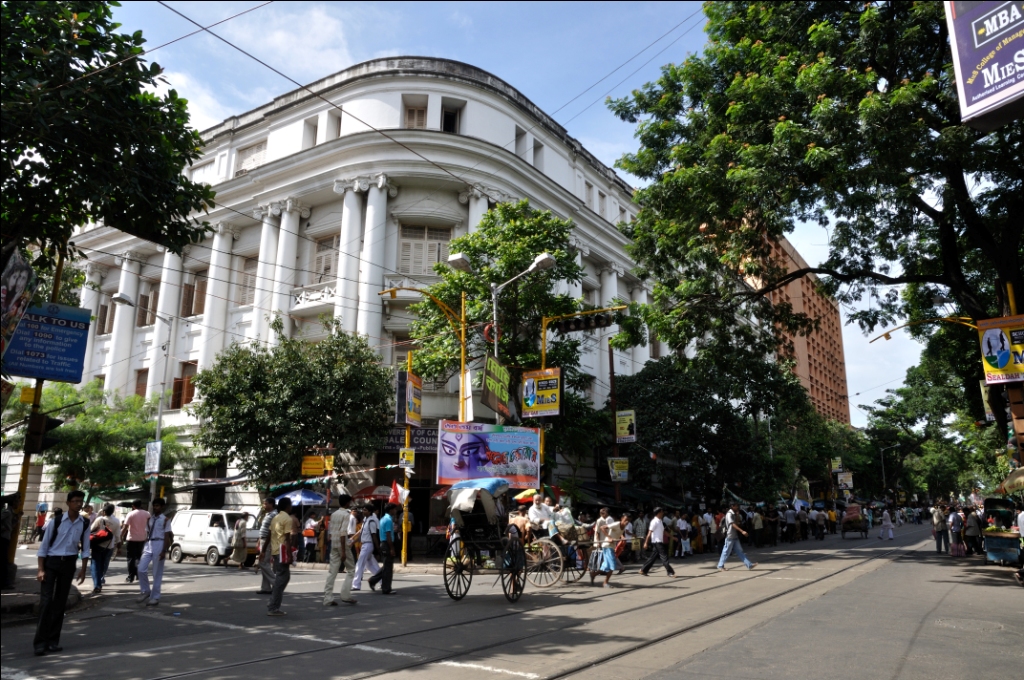 The Department of Journalism at the Maharaja’s College, Mysore started in 1951, offered journalism as one of the three optional subjects. Very soon this subject attracted a large number of students and gained popularity. Dr Nadig Krishna Murthy became the head of the department in 1953 and strove hard to build the newly established department for more than two decades. Syed Iqbal Khadri joined Prof Nadig Krishna Murthy in 1959, as a lecturer. The college was under the University of Mysore. Years later in August 1972, the Department of Post-Graduate Studies and Research in Journalism was introduced. However, the regular classes were formally inaugurated on September 20, 1972.

Nagpur University (later renamed as RashtrasantTukadojiMaharaj)started a well-planned journalism course post-independence.It was to the credit of Hislop College, Nagpur and its then Principal, Dr D G Moses, who established a full-fledged Department of Journalism with the approval and encouragement of Nagpur University in 1952-53.Prof K E Eapen was the first Indian scholar to be the head of the department. 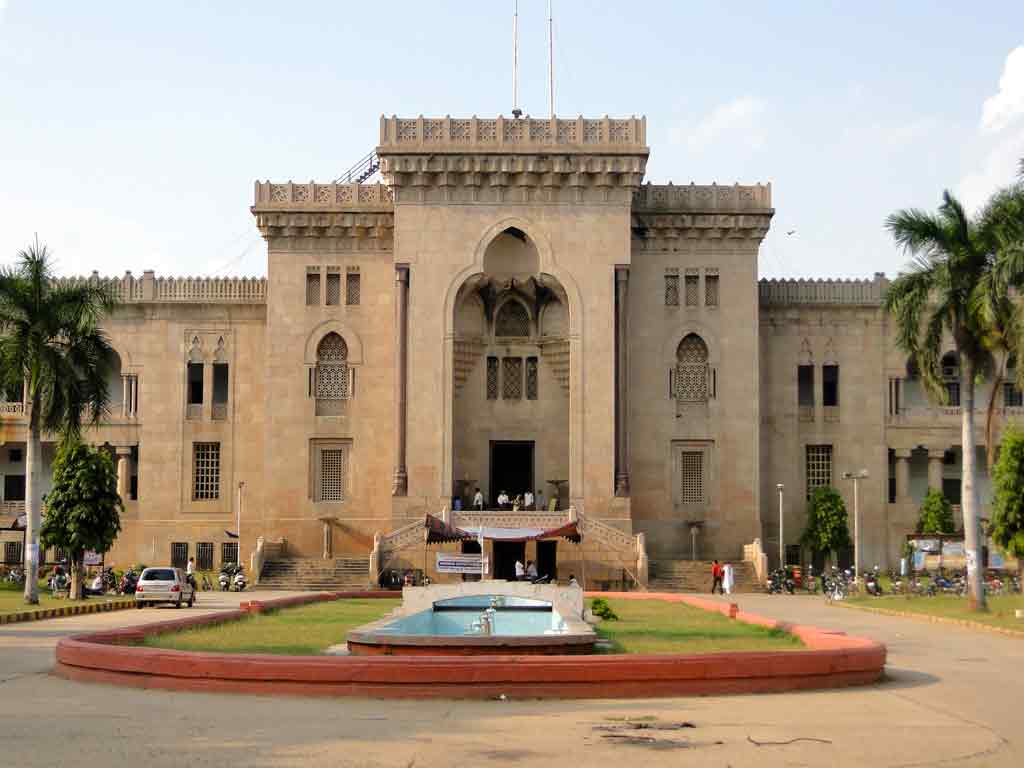 The Indian Institute of Mass Communication (IIMC) was set up in New Delhi, 1965 with support from UNESCO and the Ford Foundation, under the aegis of the Ministry of Information and Broadcasting. Inaugurated on August 17, 1965, by the then Minister for Information and Broadcasting, Indira Gandhi.IIMC started with a small staff, including two consultants from UNESCO. Over the years, it has expanded setting a benchmark for professional training in journalism. Presently it has five campuses across the country: Dhenkanal, Odisha (1993), Kottayam, Kerala (1995), Amravati, Maharastra (2011), Jammu (2012), Aizwal (2011). 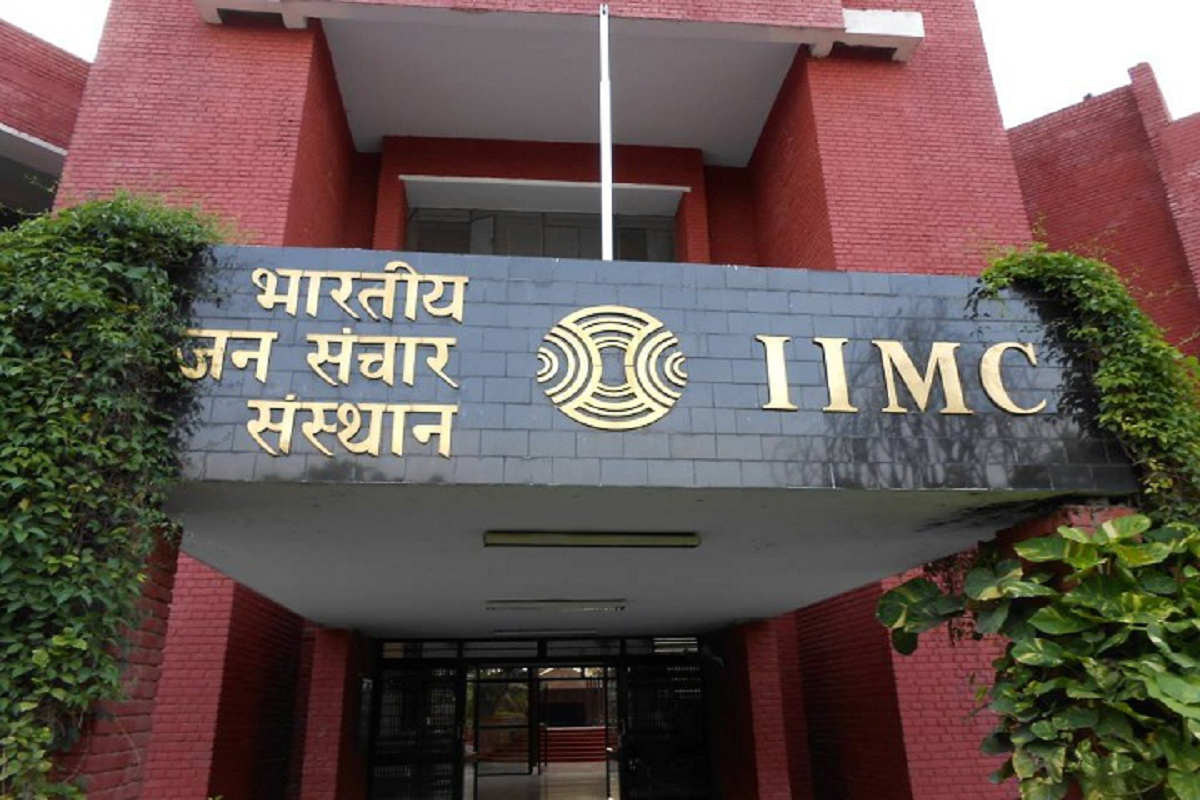 In Northeast India, media education was first introduced at Gauhati University in 1967. In Southern Maharastra, Kolhapur University started a certificate course in Journalism on 15 July 1968. Anant S. Telvekar, who was the Assistant Editor of Marathi Daily Pudhari was the first Director of the department and Dr S. P. Pawar as Asstt. Director. It was under Dr. Pawar who became the next Director (afterwards called Head of the Department) developed the department.

It started a BA Journalism course in 1988. Master’s programme started in 1996. Dr. Pawar had played an important role in the spread of journalism education in Maharashtra. From Kolhapur University, Dr. Pawar went to Marathwada University, Aurangabad and set up a journalism department there. He started a journalism course in Yashwantrao Chavan Maharashtra Open University in Nashik. At the Banaras Hindu University (BHU) the Department of Journalism and Mass Communication was established in 1973 in the Faculty of Arts. 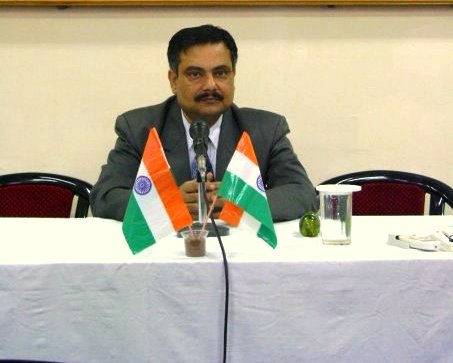 Indian Institute of Mass Communication (IIMC) opened a campus in Dhenkanal in August 1993 and offered Post Graduate Diploma course in English Journalism with 40 seats. IIMC, Dhenkanal started a PG Diploma course in Odia journalism in 2001. This was for the first time that IIMC started a regional language journalism course besides English and Hindi. This has gone a long way in providing quality training students and has immensely helped in raising the professional standard of journalism in Odia. By mid-2020, there are over 40 Colleges, Institutes and University departments offering media courses in Odisha.

(Author is a journalist turned media academician and presently working as Professor and Regional Director at IIMC, Dhenkanal, Odisha)