Remember the story BIHANGA BIPLABA (The Mutiny of Birds) from our School SAHITYA (Odia literature) textbook? Taught to us in Class VI, it is a very funny story with powerful connotations. The story is written by Mohapatra Nilamani Sahoo, a famous figure of Odia literature. 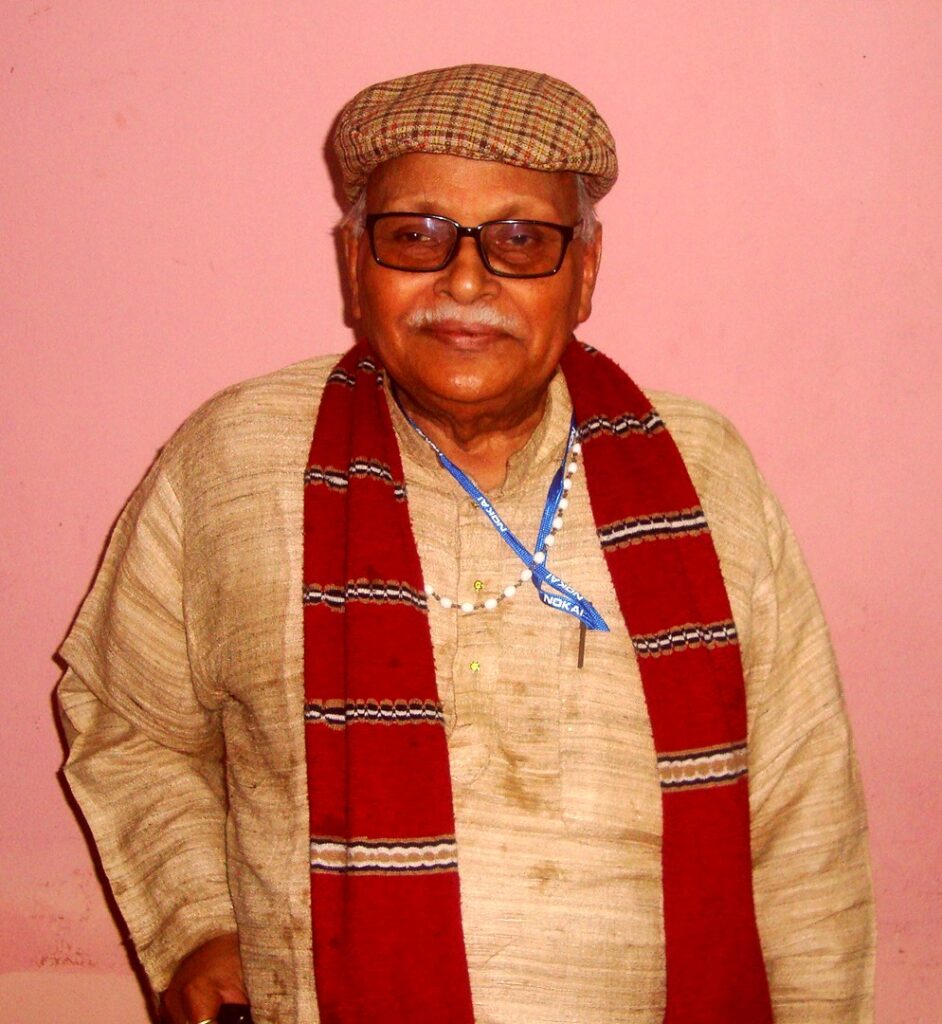 A bunch of birds protested to their Bear King against the ordeals they had to go through in their jungle milieu. The wise King gave them a patient hearing. He was about to give his verdict in their favor, when the clever monkey against whom the birds revolted, intervened to manipulate his decision by bribing the King with a ripened Jackfruit, a delicacy for the animal (Asiatic Bears are fine climbers, known to go up the Jackfruit trees and feast on them). 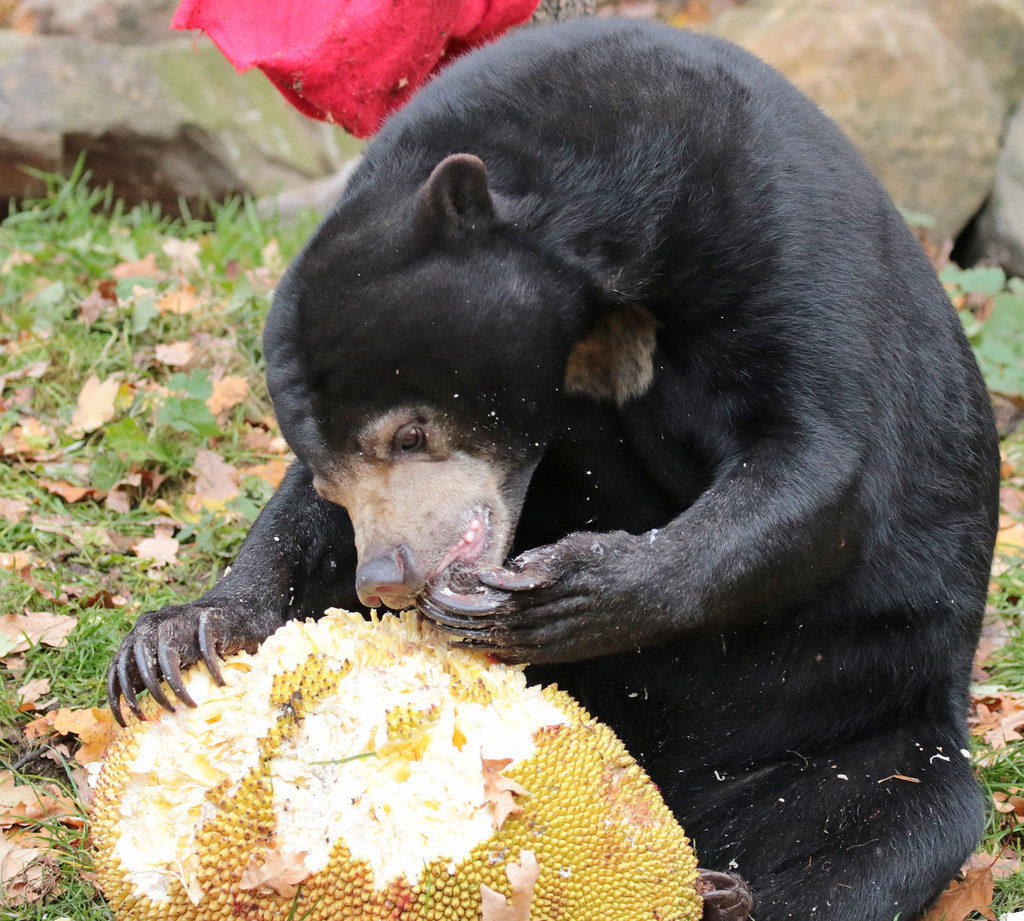 The old King didn’t see anything in front, but behind the back of his throne, he saw the ripe Jackfruit, enough to lure him into reversing his verdict, now favorable to the monkey. The betrayed birds took their anger on the Bear King by swooning over him, mauling him to death. I still fondly remember a sentence from that story – RE KAAU RAAU RAAU HUANA (Hey crow, don’t caw with you coarse voice). 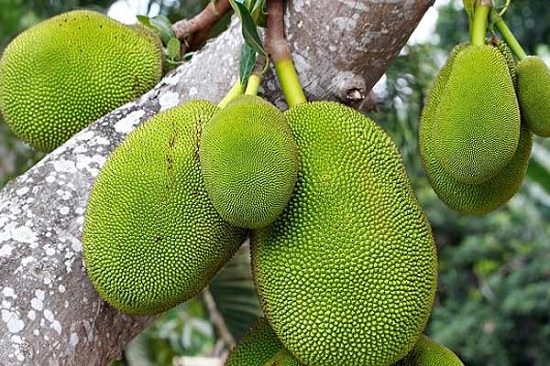 Jackfruit is synonymous with the summer season in Odisha. It brings back memories from home. Come late spring and early summer (Spring comes early in India in the month of February & Summer in April), it’s time to savor the raw variety of this fibrous fruit in the form of fries, curry or part of DALMA (an Odia dish of boiled lentils & veggies). Its high fiber assures a bowel movement clean as whistle.

As the Spring gives way to Summer, the fruit starts to ripen, reaching its peak before the advent of monsoon. In late summer the ripened Jackfruits form an essential part of the Odia festive occasions of Savitri and Raja. In my native village, we owned an orchard filled with Jackfruit trees. Most fruitful of them were given various nicknames, based on their color, texture and taste. A particular one, leaning right into the river BHARGAVI was called PODA RANGI PANASA (Smouldering Red Jackfruit) for its bright red color and sweet, succulent pulp.

Not just Puri’s vicinity, Bhubaneswar then was a sleepy township of salaried people was filled with Jackfruit trees, quite a common sight inside the compounds of the government quarters. It was closely followed by Papaya, SAJANA CHHUIN (Drumsticks) trees. During the summer months, one can see huge cylindrical jackfruits protruding from their trunks, like the sagging fats of an enormous Sumo wrestler. 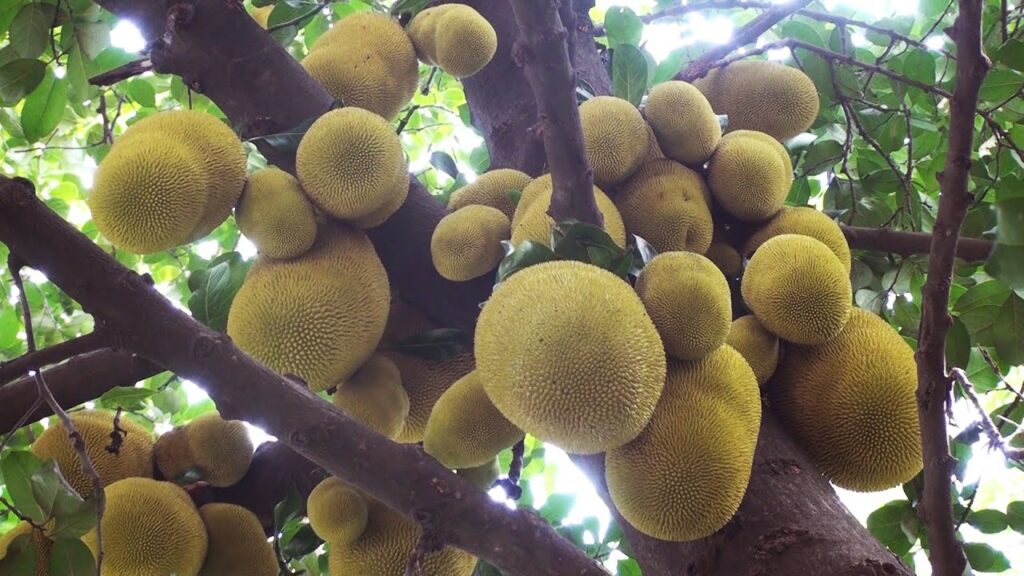 When they start to ripen, this fruit emits a strong smell which attracts bats, bears and jackals – the name jackfruit probably comes from the later. Though Jackels can’t climb trees, the feast on the ripe fruits near trunk of the trees almost touching the ground. However, bears don’t mind climbing atop to devour the succulent inside.

It brings a deja vu feeling in me of my childhood summer trips to our village when passing through TOTA (orchard) one can smell the ripe jackfruit from a distance. The villagers back then used to cherish the juice extracted from ripe jackfruits, occasionally mixed with milk and often consumed during dinner. Not sure if it’s the same these days.

(Mr. Sambeet Dash is a technocrat who lives in the USA)