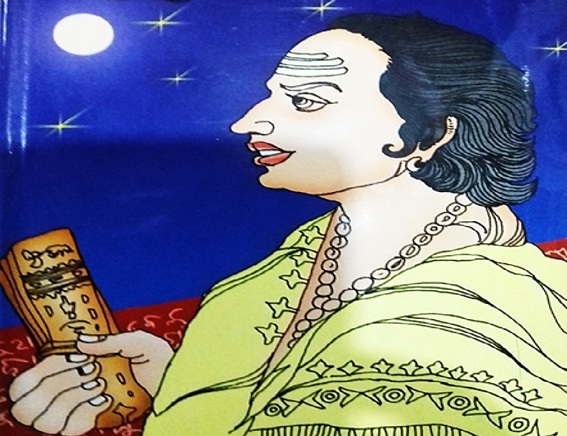 We have heard many witty stories, from the legendary Birbal of Akbar’s court to his Southern counterpart, Tenali Raman from the court of Raja Krishna Dev Ray. In Odisha we have our Kabi Jadumani, a poet with ready wit humor. He was the court poet patronized by King (more like a Chieftain or Vassal than a King) Binayak Singh Mandhata of the Princely state of Nayagarh, Odisha.
He was the Dewan of the King, his employer yet remained poor most of this life. There are several funny anecdotes ascribed to him. Once Jadumani was busy replacing the thatched roof of his house, when the King’s son came to summon him to the courtyard. An irritated Jadumani uttered – SALA BAPA JEMITI, PUA SEMITI (Like father, like son).
The prince overheard it and told this to his father. In the court the King queried Jadumani if the latter said so. To everyone’s surprise the Dewan said yes. At the same time he explained it – “CHHAMU (My Lord). As I was putting the straw pallets on my roof the father (Wind) was blowing the pallets away. At the same time a gang of monkeys (monkey God Hanuman is regarded as son of the Wind God Vayu) troubled him by jumping on the roof and scattering the straws away. The King and Courtiers burst into laughing, saving his day.
Once Jadumani described a barren land useless for cultivation given as a gift to him in his Odia Sonnet.
Andha Desa re gali
Darpana Biki,
Kandha Hata re Deli
Godhana Teki,
Kamuda Ghoda buke
Deli Chumbana.
Emanta Bhuin !
Chakunda Buni le Uthai nahi.
(I went to sell mirrors
In the country of blind,
To the tribal I offered
The wealth of bovine,
Kissed the cheeks of
A biting horse.
O What a land !
A Chakunda tree doesn’t grow a strand.)
Chakunda is a wild tree seen in coastal Odisha which grows almost everywhere. Jadumani described the uselessness of the land gifted to him in his colloquial witty way.
Last but the least, most Odias from our generation must have heard about our legendary GOPALA BHANDA (Gopal, the mischievous prankster). Not sure if such a person really existed. In all likelihood he is a fictional character with rustic wit, ascribed to a plethora of local jokes.
One famous anecdote involves Gopal Bhanda and his employer King. Once the royalty was blessed with a child. The elated King asked his favorite court jester Gopala, how the later felt about the King having a newborn child.
The later responded, “CHHAMU (My Lord), my feeling is similar to the relief one gets subsequent to taking a huge dump, especially after a complete clearance of the bowel as clean as a whistle”.
The King was furious and sentenced his court jester to death. The witty Gopal asked the King for a last wish to serve the king a big meal (rumored to be laced by with JAMALA, a high fibre laxatives given to horses to relieve constipation), to be followed by a joint boat ride inside a lake. The king felt flabbergasted by this weird request, but nevertheless obliged to the last wish of his favorite jester.
After a few hours in the middle of the lake all of a sudden the King was overwhelmed by Nature’s call, feeling a sudden urge to relieve himself. He pleaded Gopal Bhanda to oar the boat towards the shore. Gopal delayed it long enough for the King to beg him to row faster. 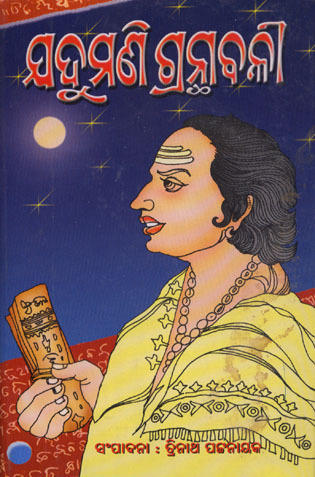 No sooner he got close to the shore, than the King jumped off the boat and started steeplechasing through the shallow water, aiming to go behind the bushes. But unable to hold himself any further, the King to his embarrassment was forced to evacuate himself on the white river sand.
Moments later, a much relieved and relaxed King, ensuring no one was watching him, came with a big smile and forgave his jester. Now in a pleasant mood, he admitted that he completely misunderstood Gopal Bhanda and rewarded the later with several gold coins.
I do remember a CHATI (thin) Odia book GOPALA BHANDA RAHASYA (The mythical Gopal Bhanda), mostly available near Bus Stands in Odisha. It must contain many more such anecdotes ascribed to him. It is perhaps there in our house in Bhubaneswar. I will grab it when I get a chance.
(Sambeet Dash is an Odia technocrat living in Georgia ,US)