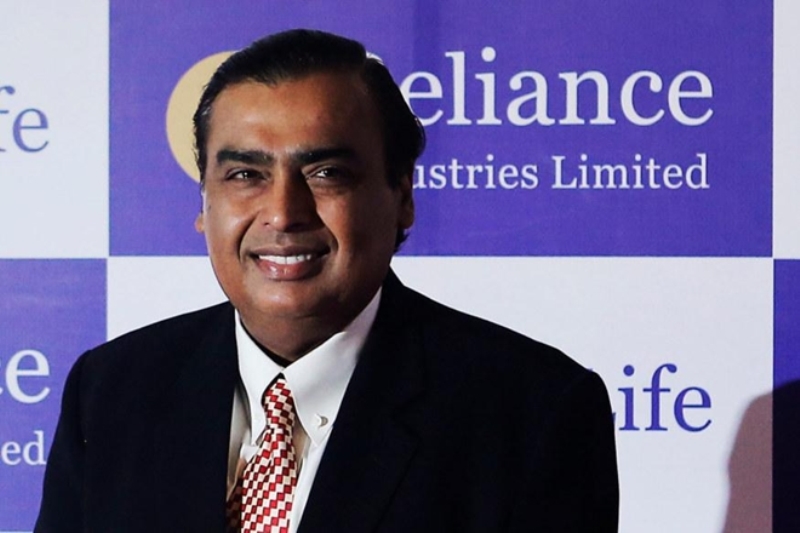 Reliance Group Chairman Mukesh Ambani said that India will be among the top three economies in the world in the coming decade.
Ambani’s comments come in the wake of US President Donald Trump’s visit to India.

“The India that President Trump sees will be very different from the ones that Richard Nixon or Bill Clinton saw. While we can argue when the country will be among the top there, it will happen,” he said in a fireside chat with Microsoft CEO Satya Nadella. Nadella was on a visit for Future Decoded, Microsoft’s annual CEO Summit.

Ambani pointed out that India’s journey from a $320 billion economy in 1992 to $3 trillion was due to the rise of tech companies. The new wave, however, will be driven by large scale tech adoption within the country.

“While TCS and Infosys kickstarted this, it was supercharged when Prime Minister Narendra Modi gave the vision of “Digital India”. He cited the example of Jio which managed to migrate 38 crore users to 4G.

Ambani also touched upon the growing appetite of tech consumption in the country and pointed out that this is a mere beginning. “Now we have the infrastructure and we are accelerating,” said Ambani.

When Nadella asked him about the need for more tech adoption amongst smaller businesses, Ambani said that India by default has an entrepreneurial DNA. “However, there has been virtually no technology enablement and adoption,” he said.

Ambani also outlined that gaming in India could be a bigger opportunity than music and movies. He said India is at the cusp of becoming a premier digital society, and will be among the top three economies of the world. 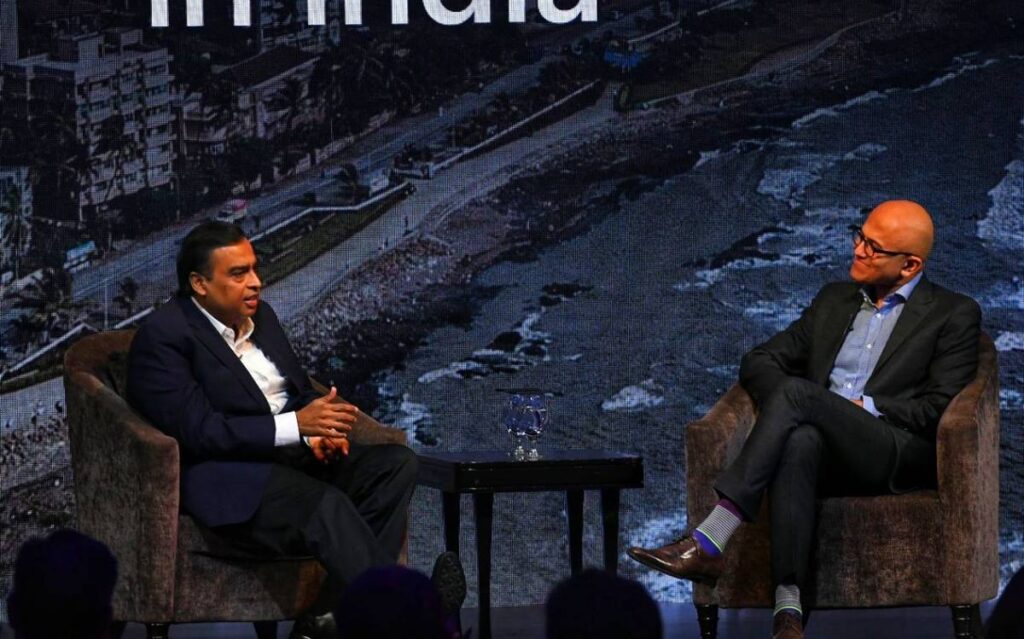 In conversation with Nadella at the Future Decoded CEO Summit here, he said the big change driving this transformation is the deepening of mobile networks which are working at a much faster pace than before.

“It all kickstarted in 2014 when the PM gave us the vision of Digital India… 380 million people have migrated to Jio’s 4g technology,” he said. Pre-Jio, the data speed was 256 kbps; and post-Jio, it is 21 Mbps, he pointed out.

Referring to US President Donald Trump’s visit to the country, Ambani said India is much different than what it was during the visits of his predecessors Jimmy Carter, Bill Clinton or Barack Obama, and pointed out that mobile connectivity was a key change.

I have no doubt in my mind that we will be among the top three economies in the world, Ambani said, adding that the only debate which can exist is whether it happens in five or in ten years. We in India have the opportunity to become the premier digital society, he stated.

“The next generation will see a very different India than what you (Nadella) and I have grown up in,” he said.