Farmers are our pride. Hence, the state government has a priority of empowering the farmers. The government has implemented various schemes for the farmers. It is sad that there is a lack of awareness among the farmers regarding the same. So the responsibility of spreading awareness on the schemes concerning farmers lies on Panchayati Raj representatives, said PR&DW,HUD and Law Minister Pratap Jena. 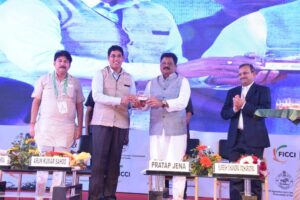 Wednesday was the third day of Krushi Odisha underway at Janta Maidan, Bhubaneswar. Today was Panchayati Raj People’s Representative Day. PR&DW,HUD and Law Minister Pratap Jena was the Chief Guest on the ocassion . The five day flagship programme is being held under the aeges of Dept. of Agriculture and Farmers’ Empowerment, Govt. of Odisha in collaboration with FICCI. 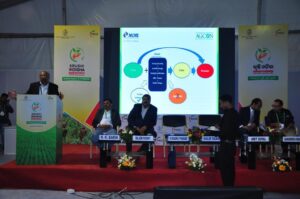 “Every village today consists of Women Self Help Groups (SHGs). These SHGs have been included in the Producers’ Organisation by the Panchayati Raj Dept. The produce of thes said organization goes to the market by the department’s intervention. ORMAS helps in the sale of said products”, says Panchayati Raj and Drinking Water Minster Pratap Jena.

Sri Jena also informed the huge gathering of farmers and FPOs that there will be independent meetings regarding farmer issues in each block of the state. The members of all concerned line departments representing farmers will be present at such meeting and will take necessary measures to mitigate all problems resulting on the field or raised at such meetings.” 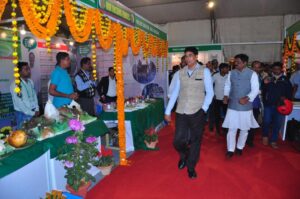 The 3rd day of Krushi Odisha started with the Bankers Meeting which was organized with the participation of around 500 bank managers and workers in the first session. 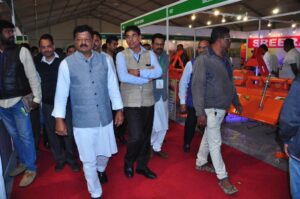 “It is impossible to think about upliftment of agriculture and farmers without the help and assistance of banking and financial institutions. The support of banks is vital for development of farmers in the state”, says, Dr. Arun Kumar Sahu, Minister of Agriculture and Farmers’ Empowerment, Fisheries and Animal Resources Development and Higher Education.

Dr. Arun Kumar Sahu, further said, “The national level banks are laid back in providing loans to farmers of our state. Banks of our state provide less numbers of loan as compared to that of the other states in the country. Banks in Tamil Nadu and West Bengal provide finances to 90 percent of the farmers. We need to increase the percentage of loan in order to promote the development of farmers in the state.” 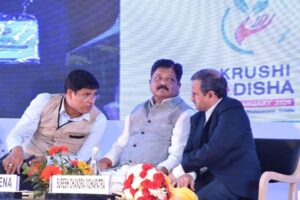 Sonali Das, General Manager, Reserve Bank, Bhubaneswar, attending the event remarked, “RBI is always thinking of measures for the development of agriculture sector in Odisha. The state government has also eliminated various issues in terms of providing loan to the farmers.  Thus, the banks must now have the intention to readily give loan to the farmers”. 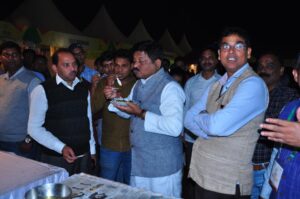 The second seminar held on day three from was on the topic ‘Smart Solutions by Agri Start-ups and Value Chain Management.’ Mr. Saroj Nayak, Dean Faculty and Planning, School of Basic Sciences, IIT Bhubaneswar was the moderator of the seminar. 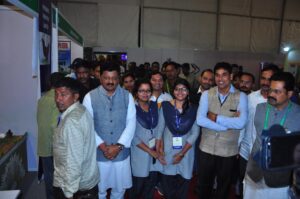 “The need to link a farmer to a consumer and vice versa is a major point of concern. Farmer has to understand what the consumer needs and the consumer in turn should understand the value of a farmer’s hard work.” Mr. KC Mishra, Founder & Director, eKutir is a veteran innovator and entrepreneur from Odisha He informed that Bloom, a new brand developed by his team has received investment from the Swiss government. We are working intensively with farmers in 5 districts of Odisha.

The focus of the first pathshala  of today was ‘Market management of agricultural products to gain profit’ was the theme for the first session of Day 3 pathshala, where Mr. Sukumar Das, Agro Business Management Professor, Utkal University proposed his points. Market plays a crucial role in the agricultural sector hence, it is important to learn about the market before carrying out farming. The farmers should get together and constitute Farmer Producer Organization (FPO) and register for it. As a result, the companies will be able to reach them to buy their produce”, said Smt. Gayatri Patnaik, Deputy Director, Statistics Cooperative Dept. 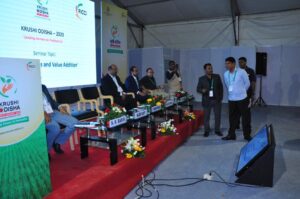 India leads in production of milk, pulses, rice and vegetables. However, the focus should shift to towards profit rather than just production since our state lacks cold storage and the produce cannot be preserved for longer periods of time. Hence, adequate attention should be paid as to how to sell these products while gaining some amount of profit. Expert, Dr. Mahamaya Prasad discussed in this context.