Situated on the eastern sea-coast (PrachyaMahodadhi) and surrounded with rivers and mountains along with vast forest lands is the land called Odisha. The present Odisha comes into being after centuries long geographical changes. The general opinion of the historians on the name of Odisha is justified as Odra Visaya (once a very important part of Tosala-Utkala-Kosala) was transformed into Odisha by the 14th century A.D. and it was well-known during the period of the SuryavamshiGajapati king Kapilendra Deva (A.D. 1435 onwards) who for the first time used it in his inscriptions. Odisha thus was famous in the political and cultural map of India from the medieval phase. The present Odisha as we see today was created in part in 1936 and later on with the merger of Gadajats in 1948 it began to assume this shape. It combined parts of ancient Kalinga, whole of Tosala-Utkala-Odra and parts of Kosala. It stands between Southern India and Northern India and presents a fusion of the cultural strands of Arya and Dravida along with the tribal element. 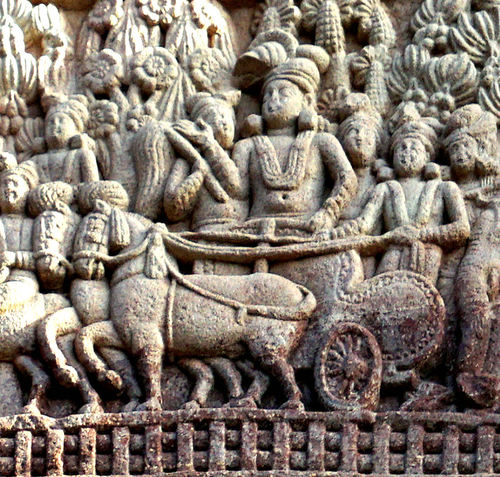 It was Ashoka who made Kalinga famous in History as his Rock Edict XIII represented his war with the people of Kalinga. The dated history of Odisha began at least from the phase of Ashoka. The carnage in the Kalinga war of Ashoka demonstrates the military potency of the people and justifies the old adage-the Kalingas are brave always(KalingaSahasika). The war of Ashoka with Kalinga had demonstrated the maritime supremacy of the race as well as its military ability. There are records on the sea-faring and maritime activities of the people of Kalinga which led to colonization of the islands in South East Asia and the spread of Indian culture there. The early poet Kalidasa, story writer Vishnusharma and many others depicted the greatness of Kalinga-Utkala in their literary texts. Odisha was the land of many religious cults and beliefs. There was harmony among the cults and sometimes they were at cross-purposes. Both Buddhism and Jainism had made considerable progress in this land in early phase. In the medieval phase there was revival of Brahmancial religions like Saktism, Saivism, Vaishnavism, Saura cult, Ganapatya cult, and Skanda Cult. Different religious centres became active in the medieval age in Odisha and they fostered religious and spiritual ideas among the people. In the Buddhist world. Odisha had a unique place as it was the land of Indrabhuti, the progenitor of Vajrayana cult. 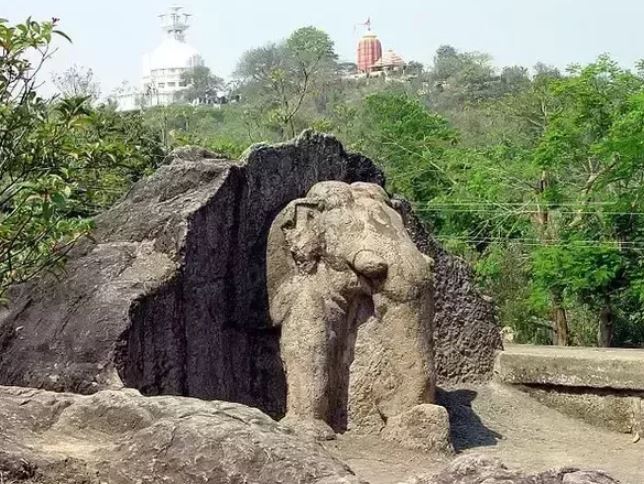 Although Mahameghavahana Kharavela in the post-Mauryan period revived Kalingan glory by his unique military efficiency, it was short-lived. There was a phase of inactivity and territorial fragmentation of Odisha till the advent of the Bhauma-Kara kings in A.D. 736. Thereafter for about eight hundred years, Odisha had spectacular achievements in the field of war and peace. Great kings like Yayati I and II, Chodaganga, Anangabhima III, Narasimha I, Kapilendra, Purushottama and Prataprudra had made Odisha famous in India. In the Ganga period starting from the reign of ChodagangaOdisha covered the areas from the Godavari delta to the Jahnavi delta. In the Suryavamshi phase this Odisha contained areas from the distant Kaveri to the Ganga and thus the kings had the epithets-Gajapati, Gaudeswar, NavakotiKarnataKalavargeswar which symbolised Odisha as the greatest power in Southeastern India. During this phase, the cult of Jagannath became the essence of Odishan religion and culture. Jagannath was the guardian deity(Rashtra-Devata) of the Ganga Odisha. The king Anangabhima III in the 13th century A.D. declared his Odisha kingdom as the empire of Purushottama-Jagannatha and he himself was a mere deputy. This overlordship of Jagannatha over Odisha was the most important marker of Odia’s identity. During these eight hundred years Odisha saw the construction of beautiful temples for the gods and goddesses. 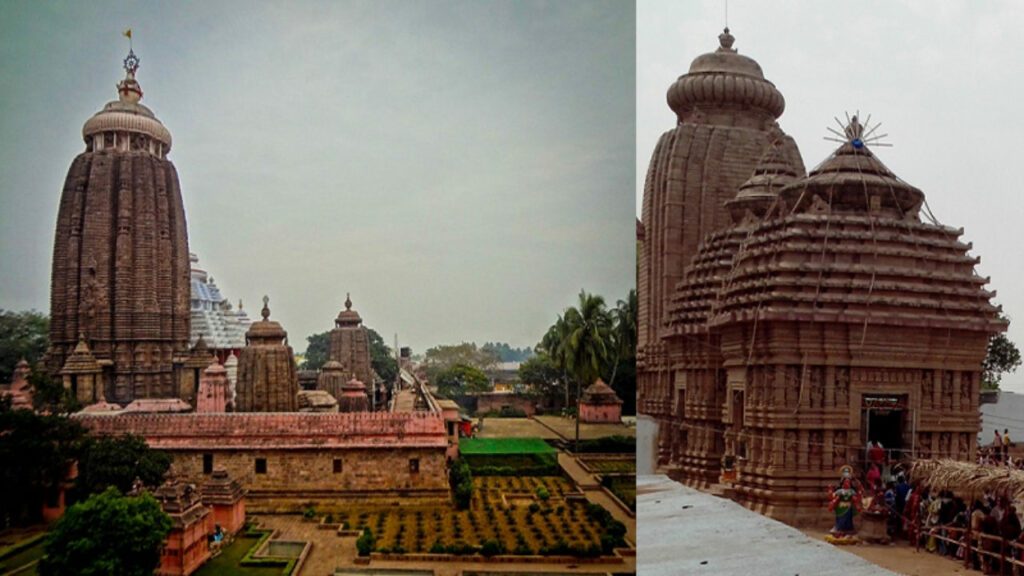 The centres at Viraja, Bhubaneswar, Purushottama-Puri and Konarka witnessed grand architectural and sculptural programmes and projects which led to the rise of stupendous and elegant structures. The temples of Lingaraja at Bhubaneswar, Jagannatha at Puri and Aditya at Konarka marked the climax of Odishan architecture and sculpture. These monuments are the lasting contribution of the Odishan artists and sculptors to the realm of culture.Throughout the medieval phase there were architectural and sculptural experiments in Odisha which made the sacred centres busy with ritualistic and artistic details. The visit of Sankara, Ramanuja, Madhvacharya, NarahariTirtha, Kabir, Nanak and Chaitanya  in medieval phase to Odisha made the land saturated with the ideas of religious toleration. Islam became widespread in Odisha with the conquest of Kalapahad, the famous Afghan general in 1568 A.D. and it was able to influence the religious thought current. The spread of Bhakti cult and the Satyapir cult made Odisha a centre of communal harmony and even consmopolitanism. 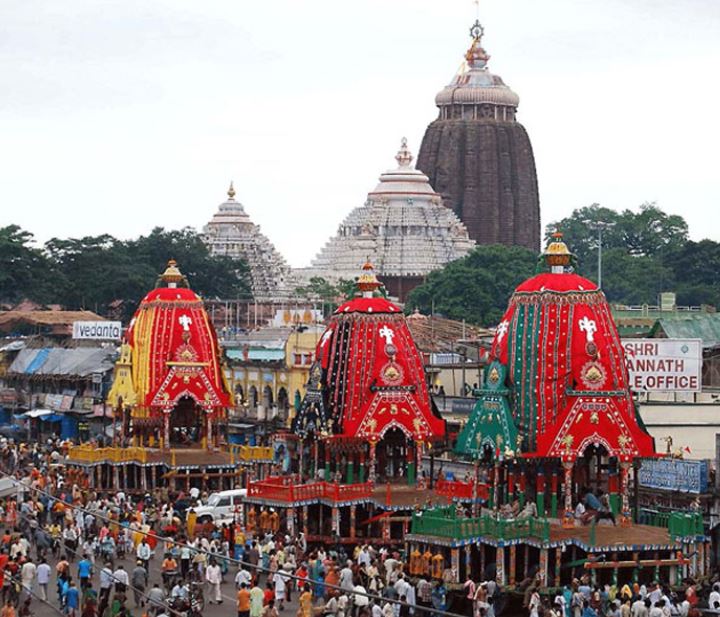 In 1803 Odisha was conquered by the English East India Company from the Marathas and for administrative purposes it was divided and placed under Bengal Presidency, Madras Presidency and  Central Division which made her territorially segmented. Despite territorial fragmentation Odia culture maintained its identity and fought against all attempts of the powerful neighbours to subvert her language and culture. The cultural activities of the Odias which were well known by the time of the SuryavamshiGajapatikings(A.D. 1435) found a remarkable transformation in the colonial phase. The cultural life was sustained by BhagavataGhara in the rural areas which had multifarious activities, by the celebration of Jhulan,Melan, Chandan and RathaYatra which were specifically Odia festivals and Dasahara(which had a distinct identity in medieval Odisha), by the performance of dance by Gotipuas and Maharis, Suangaand Rasa. With the establishment of colonial administrative set-up which demanded the interaction of several other races of India with the Odias, changes were found in their cultural programs. In the 20th century with the awakening of the Odias for a distinct regional identity these elements of culture were freshly taken up and were accepted by the Odia nationalists as the reflection of Odianess. Thye used these cultural aspects for reconstructing OdianOdisha.

An important institution which fostered the popular Odia culture in medieval phase was the BhagavataGharaor BhagavataTungi. It was developed after the composition of the OdiaBhagavata by Jagannath Das in the period of the Suryavamshi king Prataprudra Deva. A map prepared by H.von. Stietencron on the distribution of BhagavataTungis in different parts of Odisha indicates that they were more widespread all over the regions of lower and upper level of Mahanadi. In the colonial period these BhagavataGharas acted as libraries, night schools and places of religious discourse. Bhagavata Vilas was an important part of the cultural activities of the Odias in rural areas which was due to the spread of BhagavataTungis in different parts of rural Odisha. In the 1914 looking at the inactivity of the BhagavataGharasGopabandhu Das, an ardentOdia nationalist insisted on the revival of their activities which would assert Odia identity. The Odia nationalists then thought that the BhagavataGharas were associated with the communitarian activities of the medieval Odias and that they should be revived to animate the Odianess. 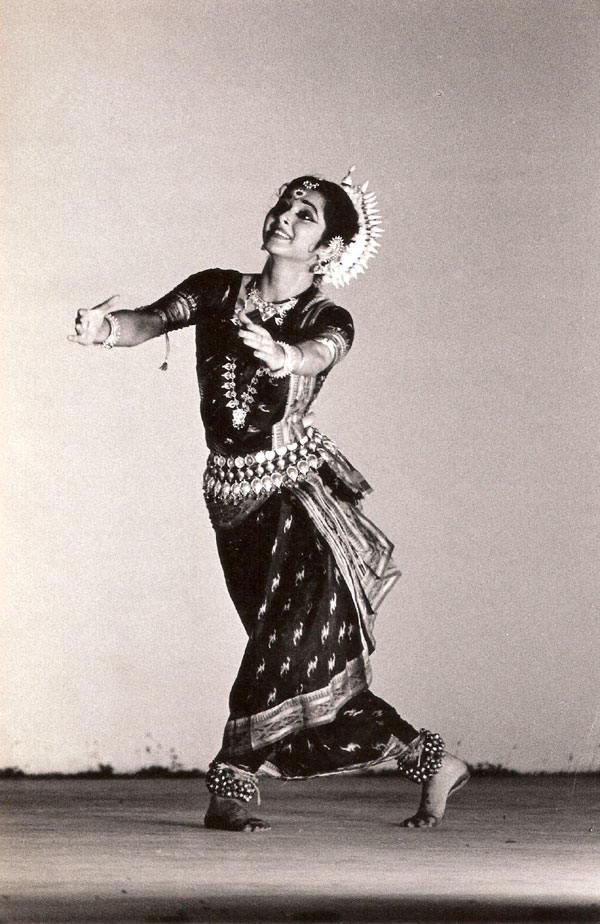 Important indices of Odia cultural identity were Rasa-Suanga-Yatra which continued from the medieval phase to the colonial phase. Odias in the 1930s felt that the place of Rangamancha was at the top of the domain of nationalist culture. They evaluated the value of the Odia dramas because their enactment would help in the construction of national identity. Dance and song-two important parts of music were present in the cultural life of the Odias in the pre-colonial and colonial phase. Originally they were associated with the festivals like Jhulan and Melan in Odisha.TheNatuas on those occasions not only danced but also sang devotional songs. But according to UtkalaDipika of 21st August 1875 there was no real appreciation for music among the richer sections of the Odia society and the Natua boys did not sing well on festive occasions. But as years went on there was provision for music schools and Maharaja of Mayurbhanj was then the first to encourage it. In PuriAkharagharas were the centres of musical activities. In the 20th century there was improvement of Odia music on festive occasions. Institutions called UtkalaSangitaSamaj in the 1940s became pioneering centres for musical programmes. Dance was another important aspect of music in Odisha in the colonial and post-colonial phase. There were Gotipua dance, Mahari dance and Chhau dance in Odisha in 19th and 20th century A.D. Both Gotipua and Mahari-Devadasi dance constituted Odishi dance in the 1930s. Chhau dance like Odishi dance was very popular in Mayurbhanj, Singhbhum and in the Garjats of Odisha in the colonial phase. It became an attractive theme of amusement in India and abroad due to the extra-ordinary role of SubhenduNarayana in the 1930s. This prince of Sareikella, although lived up to 1944, made this dance so popular in India and abroad that Odisha was well remembered for it.

The cultural activities though sometimes reflected a broad Hindu/Indian thought also presented distinctiveness sometimes by construction and sometimes by a continuation of the past. Odisha had a remarkable past and it is hoped in the 21st century that the horizon of the Odias would expand and they would make considerable progress in all walks of life discarding all fake and cheap works.