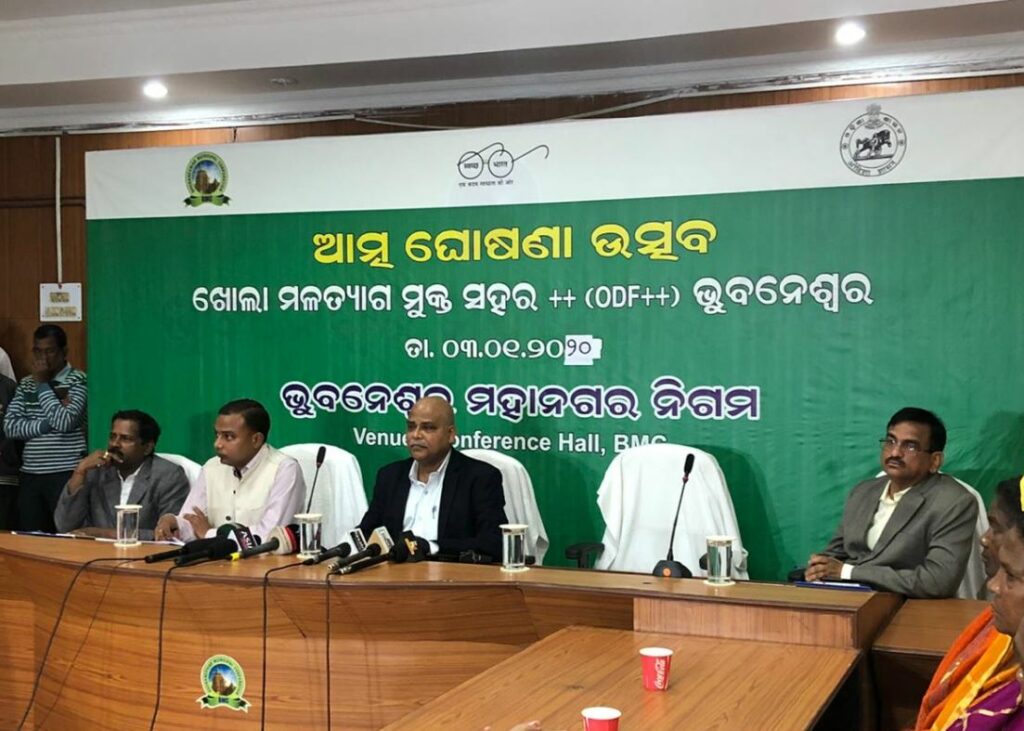 Saying that it was never an ultimate destination to have the ODF status in the kitty of the largest civic body of Odisha, the senior administrator from Housing and Urban Development Department also added that gradually BMC will proceed towards applying for the Garbage Free Cities (GFC) Star Rating as it is always setting a benchmark of its own in the State and has become a role model for others.

He also asked the Sanitation team of BMC to get ready for the battle of all-India ranking as 2020 Swachha Survekshan Survey will comprise 6,000 marks.

Notably, while the 2020 survey will involve 4830 urban local bodies this year, the GFC Star Rating will have a seven-star rating program for making Indian cities garbage free. Mentioning the fecal sludge treatment plant (FSTP) at Basuaghai as one of the state-of-the-art facilities of the city, which has invited great appreciation from other cities and the Centre, he called upon all stakeholders of the city like hotel associations, petrol pump owners and others to come forward and contribute towards the city’s beautification drives and makes it one of the most beautiful, clean and green cities of the country through a public-private partnership (PPP) mode.

In his inspiring speech, he called upon all stakeholders and officials of BMC and other city authorities to win people’s trust and work towards building world-class facilities as the city is getting good name in the world of sports.

He also requested BMC to go for more and more urinals at major locations where people tend to go for urinating often and making the environment odd. 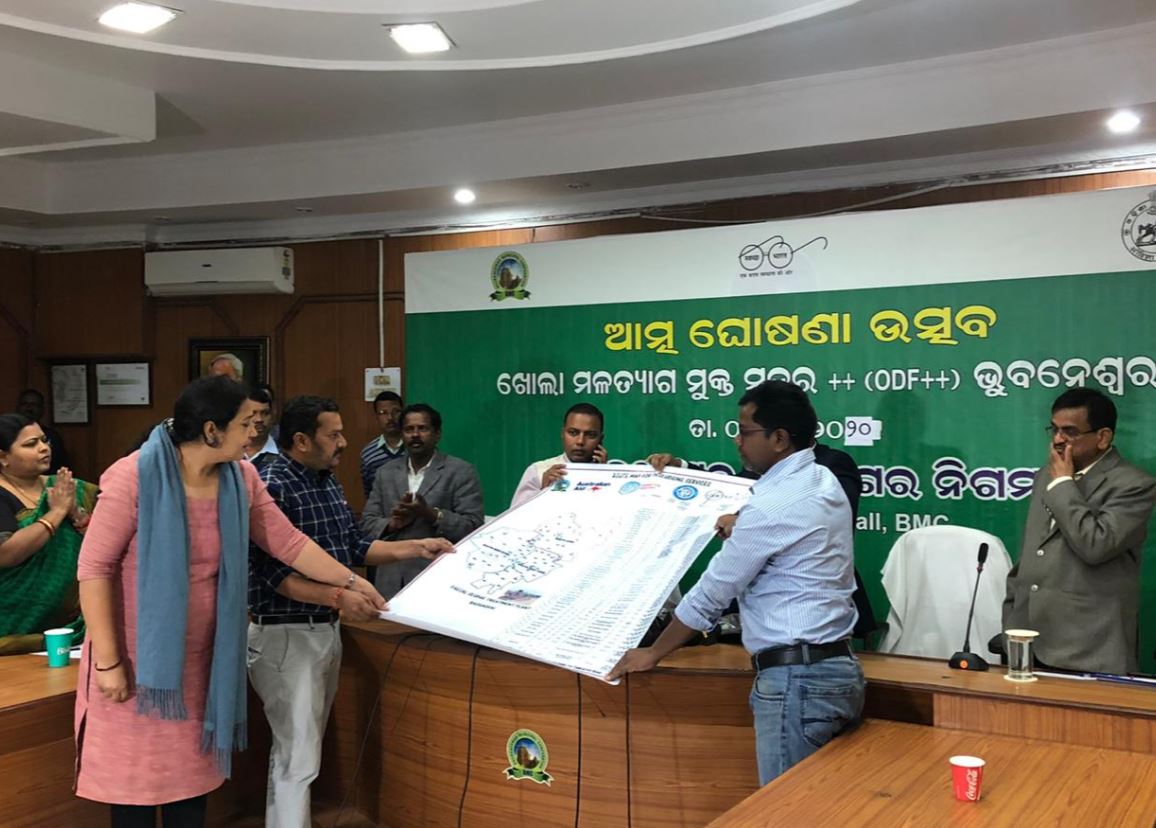 BMC Commissioner Prem Chandra Chaudhary said, With the ODF declaration we are also going to request our citizens to become more and more responsible to make the Temple City clean, green and good urban habitat. We have already launched a “Go Green Campaign’’ to sensitize out citizens not to create more non-biodegradable wastes and they have responded positively.’’

Gifting “seed card’’ on this occasion to the attending delegates at the BMC Conference Hall here, the Municipal Commissioner also added that if we can start adopting small ideas like this in our daily life then we can create more greenery and beautify the city as well as fight climate change threats.

Seed cards are beautiful cards made from handmade paper which contains seeds inside. When a user throws away the cards in the open the seeds germinate and thus more trees are added to the existing plants in the environment automatically.
He also declared that BMC was already planning to develop urinals at 20 major city locations after carrying out a baseline study on the “urinating points’’ and they would be ready by March 31.

The BMC has so far created nearly 1,700 functional toilet seats. While 226 toilets are under construction, the toilets are coming under public, community, e-toilets and toilets at petrol pumps across the city.