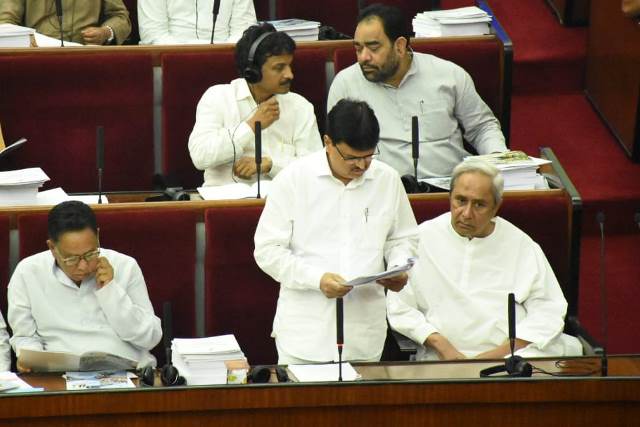 Odisha’s Finance Minister Niranjan Pujari has presented the supplementary budget of Rs 8,126.32 crore for the current fiscal amid slogan and shouting by opposition BJP and Congress members in the assembly on Wednesday, the first of the winter session. The supplementary provision was made in addition to the Rs 1.39 lakh crore budget for 2019-20 fiscal, which was presented in the assembly on June 28.

The supplementary provision is to be financed by “tied up resources to the extent of Rs 2,981.88 crore, about Rs 1,000 crore of higher receipt of non-tax revenue and surrender of grants to the extent of Rs 4,144.50 crore”, Pujari told reporters during a briefing. The finance minister said the provision of Rs 267.23 crores has been made to meet administrative expenses, while Rs 7,432.80 crore is meant for program expenditure, Rs 6.52 crore for disaster response fund and Rs 419.78 crore towards transfer from the state.

Under the program expenditure, Pujari said about 45 percent is allocated for the social sector, 51 percent for the economic sector and 4 percent is earmarked for general services.

Replying to a question, Pujari said the supplementary budget was required to cater to new programs of the state government and meet an additional requirement for centrally sponsored schemes and newly-launched programs by the Centre.

He said the provision under the program expenditure was mainly made focusing on initiatives such as 5T (teamwork, transparency, technology, and time leading to transformation) policy, Mo Sarkar (My government), public health, rural housing sports infrastructure, and others.

“The supplementary budget also adheres to the good practice of keeping the provision well below 10 percent of the annual budget,” Pujari said.

The winter session of the state assembly began on Wednesday on a stormy note as the opposition BJP and Congress members shouted slogans in the well of the house demanding a discussion on rising cases of sexual assault of women in the state.