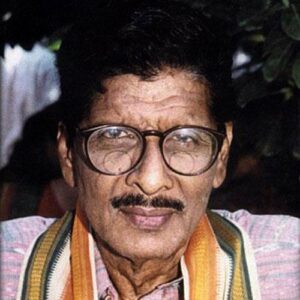 Saturday was the 85th Birth Anniversary of legendary Odia singer Akshaya Mohanty, who was born on 13th October 1934. Like Kishore Kumar, he was a virtuoso, a multifaceted artistic talent.

Though more famous as a versatile singer, the lyricist in him penned many songs – from serious, romantic to comic ones. The music all-rounder in him arguably stood above his contemporaries from his generation, which included a field of gifted artistic talents in the state of Odisha. 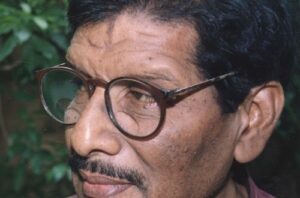 KHOKA Bhai (his went by this alias), started singing in the 1950s and was at his peak in the 1970s. During that time he made the cardinal mistake of quitting his cushy government job to fully focus on his musical career.

Unfortunately for him, he was from a state better known as the graveyard of artistic pursuits. The milieu those days looked down upon and harbored anathema towards anything but secured SARKARI (government) job. He could have rubbed Clarified Butter on his mustache (NISARE GHIA MARI) and worked nonchalantly in his government job nonstop till he attained the age of 58, still singing until his death – completely assured by the safety net of Sarkari pensions. But he took a risk to follow his first love, music and paid big time for his decision.

Khoka Bhai sang many Odia hits, his records sold well. He was hugely popular and immensely admired, yet his going pro did not fetch the remuneration to compensate his ability. By the mid-1980s he was not exactly in great economic shape. Everyone admired his songs and music from going pro didn’t provide a sustainable income. 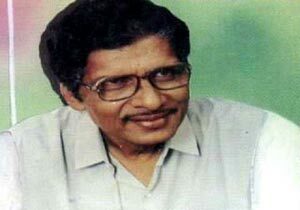 He took to alcohol (my brother-in-law who interacted with him extensively during the maestro’s trip to Chicago in June 2001 often found him drunk and staggering around. His reckless abuse of his own health probably cut short his life and career, as he died only a year later).

Akshaya Mohanty visited America multiple times and enthralled the NROs (Non-Resident Odias) with his nostalgic songs. My memory goes back to 1979. Those days coming to America used to be a big deal. The legendary singer, post returning from America was quoted in the popular local daily SAMAJA, that even cats and dogs were better off in America. Soon came out a song composed and recorded by him, based on his American experience,

(Love in America
is a road sideshow,
In Cuttack love happens
behind Rickshaw). 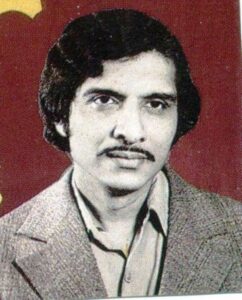 India has come a long way since 1979, now a trillion-dollar economy chugging ahead. Visiting America is no big deal to publicize in a Newspaper. The young generation since has lifted their veil of shyness since long, enjoying their amorous pursuits in the middle of parks and pubs – even on BEECH (Middle of) road as hand-pulled Rickshaws have given way to their Auto cousins.

Saluting the Maestro and wishing him a Happy Birthday, let me end my ode to him with this funny number, which he penned himself,

” My beloved’s home backyard
Has a jungle filled with Poison Ivy,
In the eagerness to watch her stealthily,
I had to scratch myself heavy.”

(Sambeet Dash is an Odia technocrat living in Georgia US.)