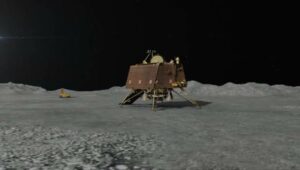 In spite of the failure in soft landing by the Lander Vikram, India will never look back in the space research

The historic Moon Mission, Chandrayaan-2 manifests India’s efficiency in engineering and the ambition to master in space research, globally. Lander Vikram could not successfully carry out the soft landing on the moon’s surface, but that doesn’t make any big loss. This has rightly reflected in the statement of ISRO Chairman, Dr. K Sivan.

“For some technical reasons, Vikram could not ace a soft landing on the moon. But the Orbiter which is revolving around the moon is designed to provide a significant amount of scientific data on the subject to the Indian Space Research Organization”, Says Dr. Subhendu Pattnaik, Dy. Director of Pathani Samanta Planetarium, Bhubaneswar. 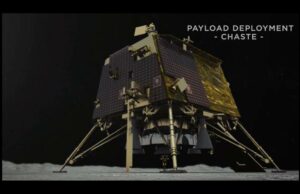 “Chandrayaan-2 has accomplished 90 to 95 percent of its mission objectives”, Dr. K. Sivan, Chief of ISRO has said to the media. So, it would have been a 100 percent success if Lander Vikram would have touched the surface of the moon as planned. The rover ‘Pragyan’, which was intended to move on the moon’s surface and give last mile information was a part of Lander. As per the design of ISRO scientists Pragyan would have come out of the lander after the soft landing.

This could have helped India to obtain more information about the moon and offered an extensive experience to our scientists in the space research. However, the failure of Vikram should not just be considered as the defeat of Chandrayaan-2, Dr. Subhendu Pattnaik adds while discussing with Nilambar Rath, senior journalist and mentor ‘Odisha Plus’. 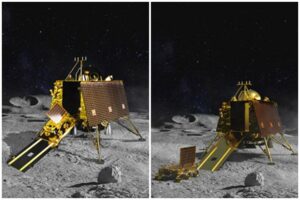 The most anticipated moment in the Chandrayaan-2 mission was Vikram lander module separating from the Orbiter and touching down on moon’s surface. Due to some glitches, the Lander had lost contact with the ground station of ISRO and could not receive any commands. Experts of ISRO are probing the exact reason of the failure.

Dr. Subhendu Pattnaik predicts two possible causes for the failure. The first one could be ‘Power Failure’. Similarly, the second could be any possible change in the direction of the antenna of the Lander which was the key source of communication between the space and the earth.

Vikram was travelling at a speed of 6,000 km per hour while getting out of the Orbiter and advancing towards the moon. The speed was stepped down to 100 Meter to ensure a soft landing. This process is extremely complicated that would have led to some issues eventually disconnecting Vikram from its commanding station at ISRO. 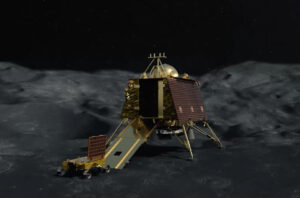 ISRO, on Sunday, informed the world that Vikram has been located on the lunar surface and the effort is being made to establish contact with it. This evidence is gathered by the Orbitor through thermal images, from 100 kms away from the moon.

Further, it is reported by ISRO that fortunately Vikram had not had a crash landing. So, as lander Vikram has got a lifespan of 14 days, ISRO scientists are hopeful to re-establish communication with the space vehicle and achieve the full plan within the remaining days. However, the attempt to re-establish contact with Vikram and making Pragyan move on the moon’s surface is not going to be an easy task.

Although Vikram was unsuccessful in the soft landing, the scientists at ISRO are still positive because the Orbiter is going to cater to major purpose of space research. The Orbiter is primarily designed to serve for one year. However, it holds fuel for the next 7 years which could be a good time for India to gather in-depth information on the moon. 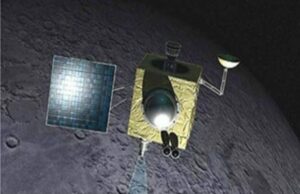 The primary focus of Chandryaan-2 was to make a soft landing on the moon. Previously, America, China and Russia were successful in their attempts in this regard. The technology which was meant to be used for the soft landing was supposed to be extended by Russia. But, due the consistent determination and unstoppable spirit Indian scientists ISRO developed the solution as Russia failed to keep the understanding. Thus at this juncture, in the next couple of years India could come up with robust technology and launch Chandrayaan-3.

2008 had witnessed the success of Chandrayaan-1 and Chandrayaan-2 was supposed to be a unique yet challenging event for ISRO. India’s Geosynchronous Satellite Launch Vehicle, GSLV Mark-lll, successfully launched Chandrayaan-2 spacecraft. GSLV Mark-lll is a highly efficient rocket that can travel to space holding up to 6 tons of weight. Therefore, Dr. Subhendu Pattnaik strongly believes, that the experience and knowledge we gained through this mission is no less than an achievement.

In fact, more than 100 moon missions have been made by different countries out of which only 60 attempts so far have been completely successful. Hopefully, India will make Chandrayaan-3 a successful mission and create a new record in the space history. 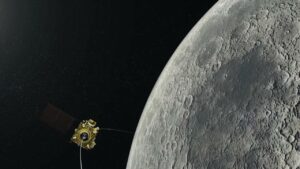 Houses on the Moon

‘Let’s build houses on the moon’, is a popular saying that we come across in literature. But Dr. Subhendu Pattnaik says that the brighter side is that we never know, there might come a day when we indeed bring this imagination into reality. Hence, gone are the days when the moon was addressed as ‘Chandamama’ (maternal uncle) and being worshiped by people.