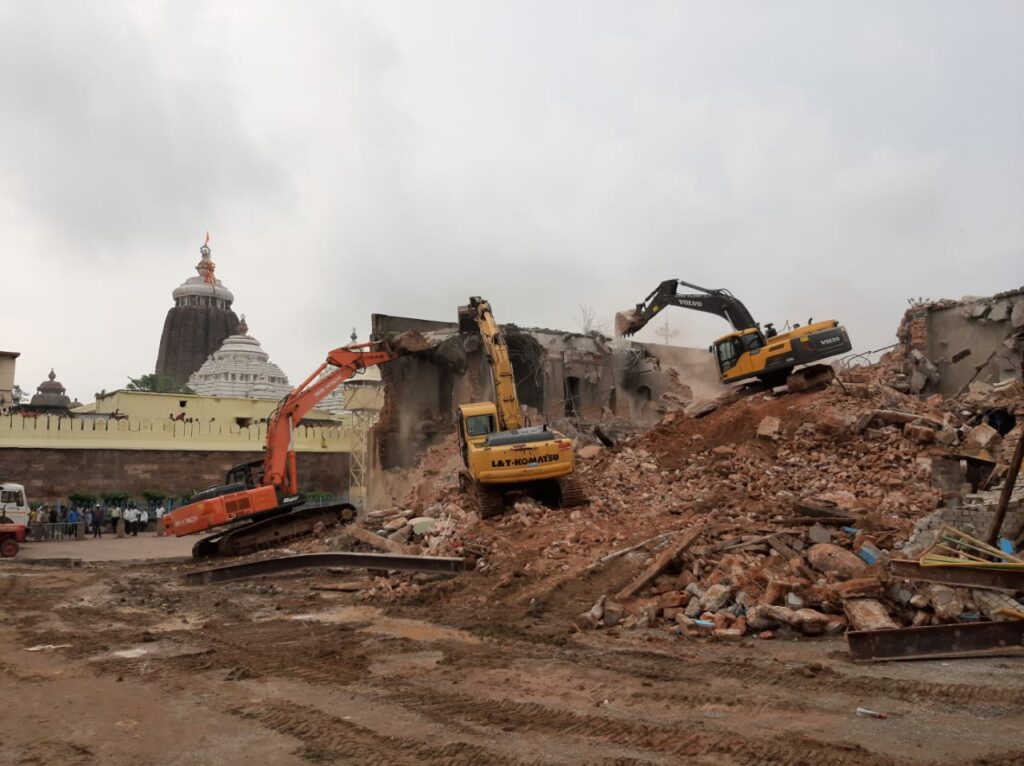 The ongoing eviction drive around Shri Jagannath Temple has ruffled many feathers. The drive was halted for some time on Friday as the chief of the century-old Emar ‘mutt’ or Emar Matha (monastery) refused to vacate his seat. This has undoubtedly created a peculiar situation.

The Puri district administration has been undertaking eviction of all structures including mutts and private properties within 75 meters from the boundary wall of Shri Jagannath Temple which was a long pending action. However, there are contradicting views on Emar mutt. Chief of the mutt Rajgopal Ramanuja Das’s allegation is that the district administration has been undertaking eviction drive illegally. According to him, the agreement was that only unsafe buildings should be demolished. But, they have demolished all structures including the famous Raghunandan Library.

In Puri’s cultural and religious history, the Emar mutt has a special significance. Located in the south-eastern corner of the temple and belonging to the Ramanuj sect, Emar mutt was established in 1402. It was one of the oldest and the richest mutts in the holy town of Puri as well as in Odisha.

Das claims that the mutt had renovated the Raghunandan library by spending lakhs of rupees before Lord Jagannath’s Nabakalebara festival in 2015. “I am not happy over the manner in which the administration demolished the library and other buildings,” he has alleged. 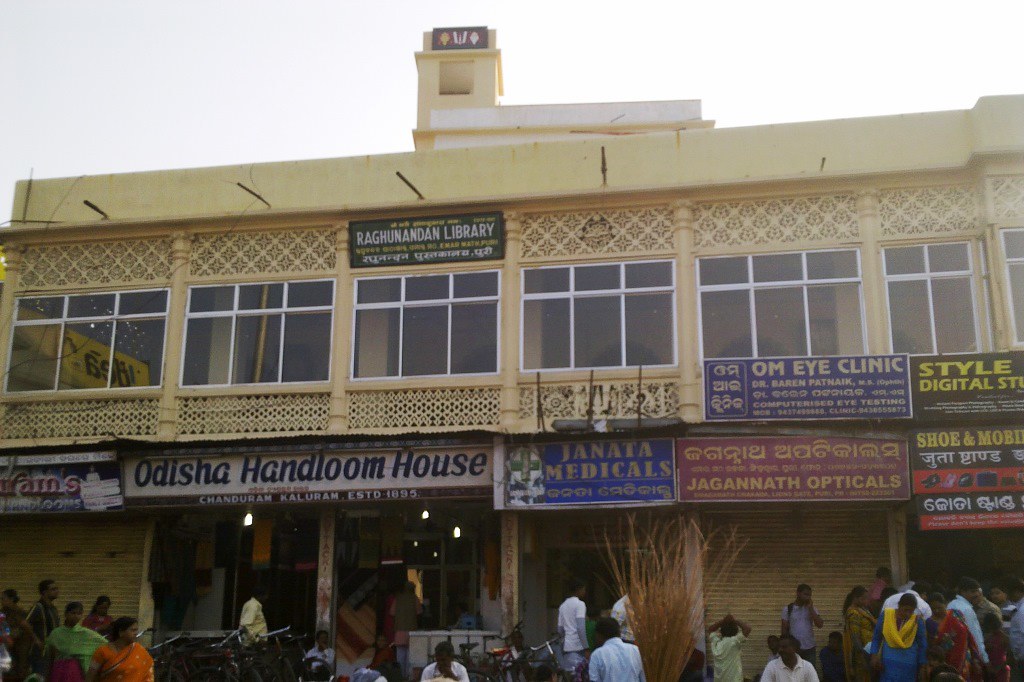 The Raghunandan library established in 1921 by the then chief of the Emar mutt surely was a great institution as far as the Jagannath culture is concerned. It had a rare collection of palm leaf manuscripts and books on various subjects in Sanskrit, Odia and Bengali languages.

The district administration on its part has defended demolition of the library and claimed that the facility will be relocated to another location and will have a wonderful makeover. Puri collector Balwant Singh has said that steps are being taken to make Raghunandan library as a world-class library after the relocation. That is certainly reassuring. According to Singh, all the ancient scripts and books will be preserved and digitalized using the latest technology. 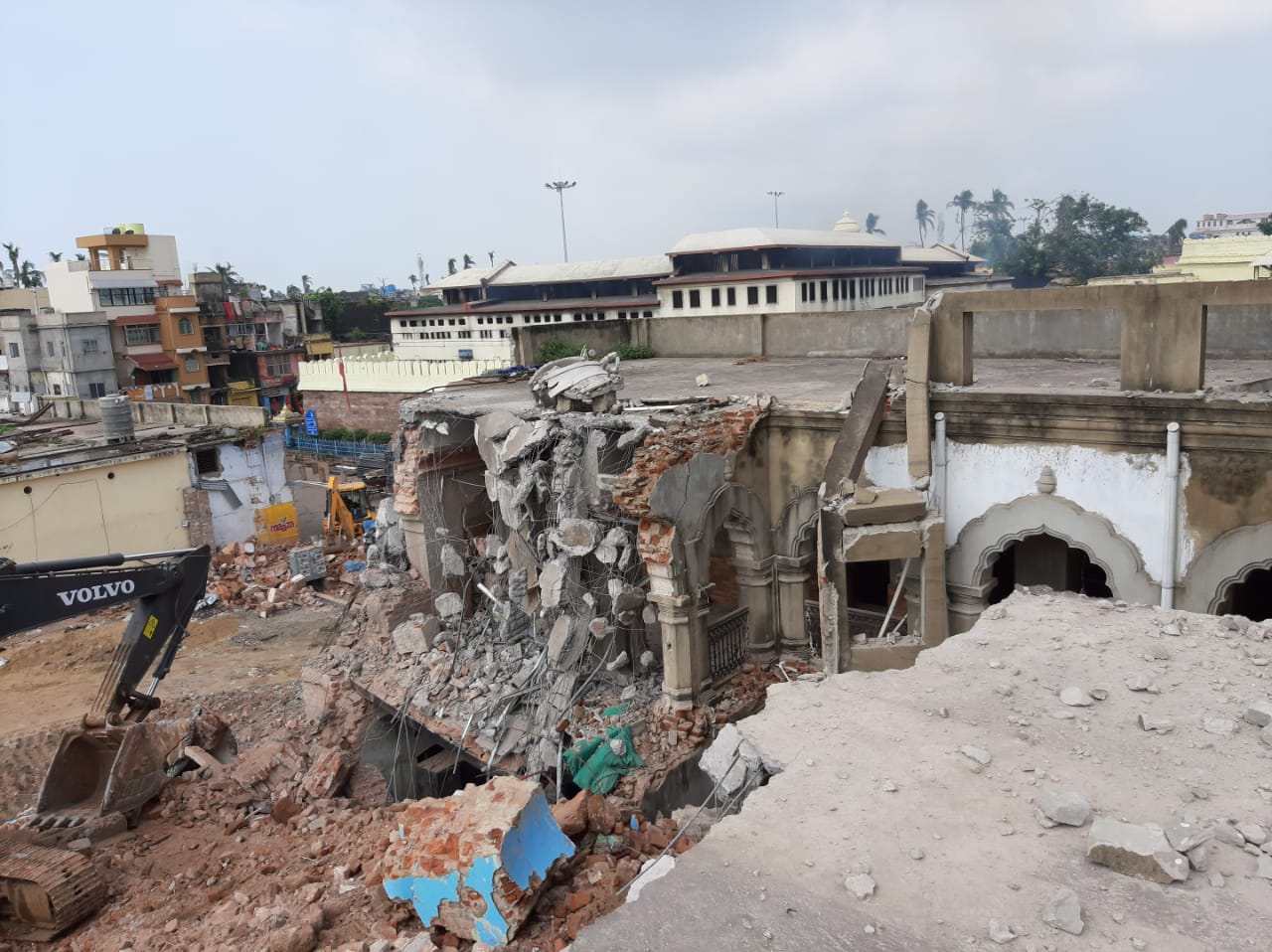 Now the question is why the chief of Emar Mutt is refusing to cooperate with the district administration on the eviction drive? There is a suspicion growing in the minds of local people that the mutt must be containing huge valuables inside. It may be recalled that at least 522 British- era silver bricks weighing over 18 tonne (worth Rs 90 crore) were recovered from the  Emar mutt during a repair work in 2011. This incident has, in fact, strengthened the suspicion. The people engaged in eviction drive were also surprised when they found a three-story basement of the Mutt building having some secret tunnels.

A member of the mutt denies this. He says the underground chambers were used as “Kothi Ghar” to store food grains. The mutt had helped people meet food grain demands during precarious times in the past like one during the Great Orissa Famine of 1866. 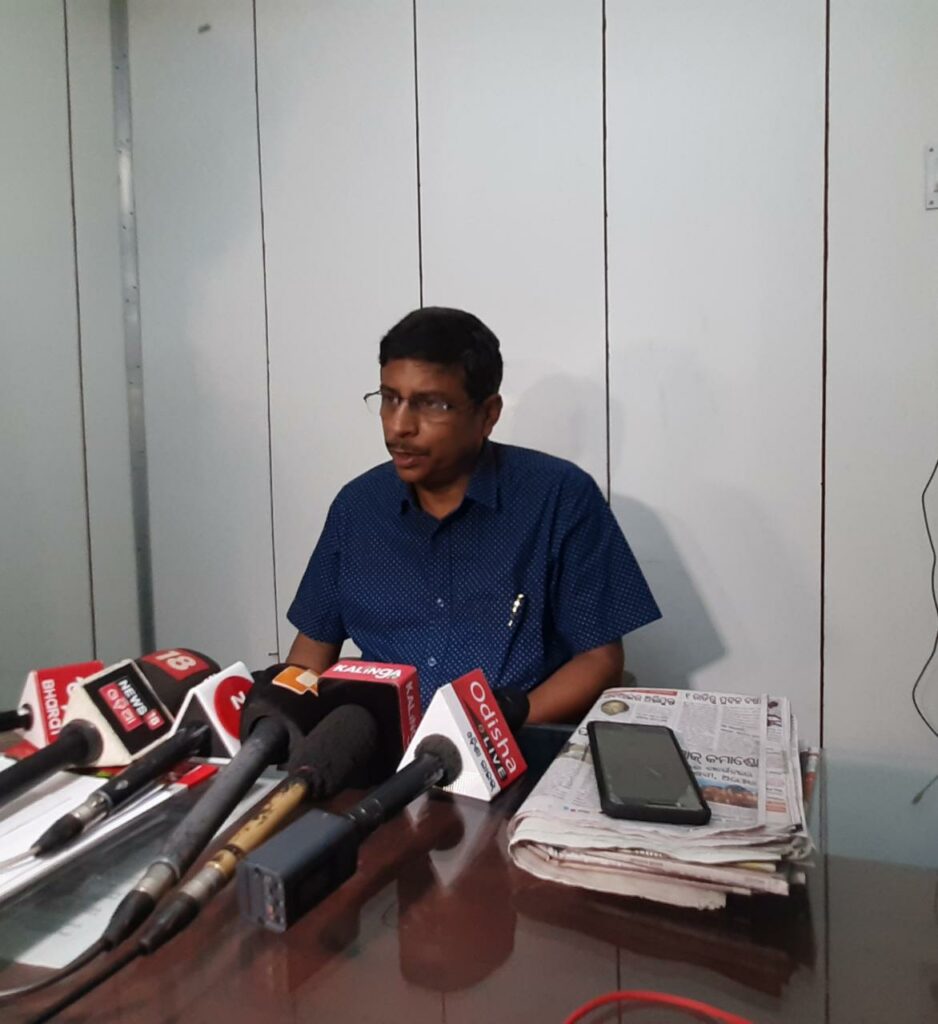 Puri Additional District Magistrate BK Dash has a different view. He says the Emar Mutt building was unsafe and that’s why it faces demolition. Since police deployment has been made and a magistrate is assigned with the task, it becomes the responsibility of the Emar mutt officials to cooperate with the drive.

The eviction drive is a part of the government’s plan to beautify the surroundings of the Puri temple. All the seven mutts the 300-year-old Languli mutt are facing demolition because they are within the 75 meter limit of the Sri Jagannath temple. 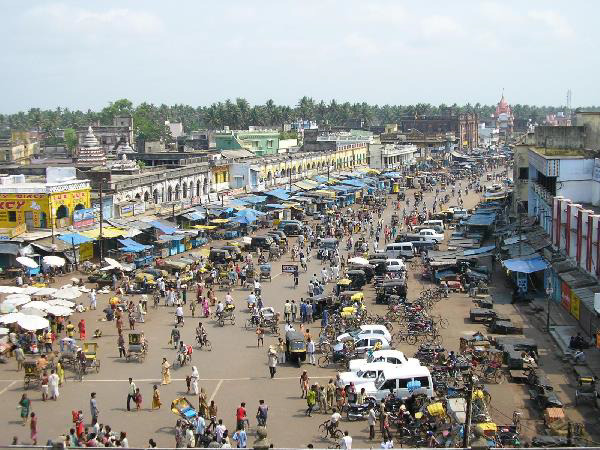 Since these temples were quite old and there is an emotion attached to these institutions, it is but natural that there will be a resistance. But the government’s efforts to expand the surrounding area of the temple are equally important. Keeping in view the growing number of pilgrims every year, the government and the temple administration have a responsibility to make pilgrimage hassle-free for the devotees.