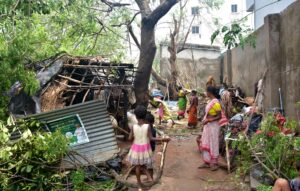 Four days after Cyclone Fani battered coastal Odisha,  full normalcy is yet to return as lakhs of people are without electricity and mobile service.

The holy town of Puri and Odisha’s Capital Bhubaneswar were the ones severely pounded by the May Cyclone. Twelve other districts were affected by the tropical storm.

Chief minister Naveen Patnaik called Fani the “rarest of rare” tropical storms to hit the Indian subcontinent. “Because of (its) rarity, the tracking and prediction was challenging. In fact, till 24 hours of landfall, one was not sure about the trajectory it was going to take,” Patnaik said.

As the Odisha Government struggles to rebuild the infrastructure on a priority basis, the death toll has risen to 34.Unofficial sources however say, it may touch fifty. Most of the deaths were reported from Puri. 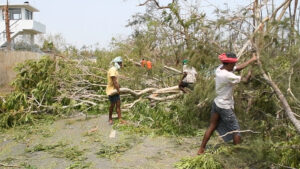 The ‘extremely severe cyclone’ which made landfall on May 3rd has mowed down vital infrastructure of the state. Residential houses, shops and farms were severely hit.

Bhubaneswar which was named the top smart only days back lay pummeled by the cyclone. It bears a battered look with the damage of its prized greenery. The city had come up with precious infrastructure on the occasion of the World Cup Hockey last December. 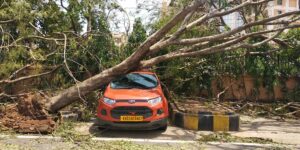 Although Odisha was hit by two big cyclones earlier – the super cyclone of 1999 and Phailin of 2013 – Cyclone ‘Fani’ was something unexpected. Meanwhile, massive relief and rehabilitation work has been taken up on war footing. 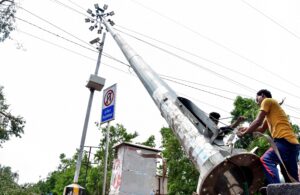 The biggest challenge for the Odisha Government at the moment is restoring electricity to the affected areas. Odisha  energy department had said  that over 3 million families are without electricity as the cyclone has ravaged the electric system severely, especially the 33kV and 11kV high-voltage lines. Energy secretary Hemanta Sharma said initial estimates showed the cyclone caused infrastructure damage worth more than Rs 1,200 crore. Energy infrastructure has suffered a colossal damage in the state. Failure of mobile connectivity has added to the chaos.

As communication networks are not in place and mobile network providers are still struggling to restore the communication lines, the full extent of damage has not been ascertained. 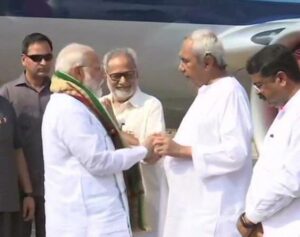 Prime Minister Narendra Modi on Monday conducted an aerial survey to assess the loss and destruction caused by Cyclone Fani in Odisha. He lauded  the Naveen  government for its massive evacuation drive ahead of the cyclone and also for the rescue and rehabilitation measures.  Modi also  praised people of Odisha for cooperating with the administration before the cyclone hit the State. “Due to cooperation between State and Central agencies, evacuation of 12 lakh people was made possible resulting in ‘very few’ casualties,” PM said.

The PM has promised a compensation of Rs 2 lakh for the families of the deceased and Rs 50,000 for those injured in the cyclonic storm besides  the 1000 crore assistance released earlier. Modi also highlighted the need of a permanent blueprint to tackle the cyclone and other natural disasters in coastal districts including Odisha.