Exceptional was his vision. Madhusudan Das had a practical sense of realism and strove fearlessly against the ‘mental’ darkness of early– twentieth century Odisha. OdishaPlus pays tribute to Utkal Gourav Madhusudan Das on his birth anniversary

Madhubabu – the name conjures up unparallel nationalism and dedication. He worked not only for the political, social and economic upliftment of the people of Odisha by being a lawyer, social reformer, and patriot; he was also the first ever legislator from Odisha.

First ever Odia to become a member of both the legislative council and the Central Legislative Assembly of India, he was the first Indian Minister too.

Madhusudan Das was appointed Minister of Self-Government in the province of Bihar and Odisha. It was an important portfolio, especially during the early years of the new Constitution.

Apart from being responsible for the public health and medical relief throughout the province, he was faced with the duty of amending the Municipal and Local Self-Government Acts so as to make them more consistent with democratic principles. Madhubabu, despite not getting any younger, took up the responsibility with zeal, vigour, and enthusiasm.

He never took a break and dealt with the greatest care the problems that came his way. During his minister ship plague had become a menace in Bihar. He set himself to become personally acquainted with the crisis and the way to deal with the malady. Medical relief and public health were uppermost in his mind, for he had studied medicine in his younger days. In the midst of hot weather, he paid visits to the plague-stricken villages in Gaya district and got first-hand knowledge of the epidemic.

Odisha Tenancy Law, which was linked to the Bengal Tenancy Act, came under extensive review during the revision settlement operations. After long deliberation in the Bengal Legislative Council during the winter session of 1911-12 and again in the new Bihar and Odisha Legislative Council the following year, the Odisha Tenancy Act (B & O Act II of 1913) was passed. Madhubabu was a member of both these Councils and took a prominent part in the proceedings.

Whenever any question arose affecting the rights and interests of the cultivators, he always championed their cause. Although he was the legal adviser of many Odisha Chiefs and Zamindars of the Mogulbandi, he never vacillated in support of the cultivator’s rights.

As an Indian-Christian lawyer with a brisk practice at the local Bar, he was on friendly terms with the European officers of the station and was well known for his hospitality.

Madhusudan Das was one of the rarest products of Indian social life, for he loved his fellow- men. His moral and intellectual stature was far higher than that of his countrymen and his whole life was committed not to realizing a personal ambition, but to raise his people to a higher level.

Exceptional was his vision. Madhusudan Das had a practical sense of realism and strove fearlessly against the ‘mental’ darkness of early twentieth century Odisha. 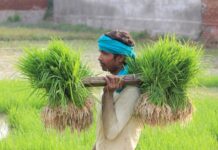