You can read this text. Seems pretty normal, right? I can write anything I want. Feels pretty normal to me as well. So does the water supply, the education and the ability to live happily feel normal. But a mere imaginary venture to a world where these rights are unavailable leaves us with shudders. But there are people in this world – people in millions- who, let alone basic rights, are fighting for nationality. People who have left their homeland for another country, which does not accept them. People for whom these rights are dreams. People who do not belong even to their home country anymore – The No Lands Men. 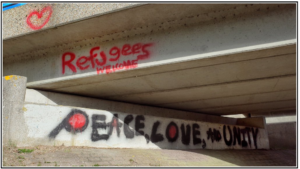 The UN defines Refugee as a person who has fled his home country to flee persecution, war or violence. As you sit reading this article, a person flees his home country every 5 seconds, fearing persecution, natural disaster or violence. In the present day, these numbers have grown to create a global crisis, which is persistent not only in the ‘Third World Countries’ but also in the Middle-East, Europe and the North and South Americas. In 2022, we have 40 million refugees displaced in their country and 20 million who have fled their home country. And appallingly, half the refugees are children.

A person migrating from his own country seeks asylum in the receiving country. And when awarded asylum by the receiving country, they are legally termed as refugees and ‘legally’ allowed to stay. Whether it is fair or unfair, UN law states that refugees can seek asylum in the country they first set foot upon. It is not that the receiving country does not understand the plight of the refugees or does not want to help them, but since most refugees come from disturbed neighborhood, the country they flee to, usually doesn’t have enough resources to provide for them.  And as a refugee, the only right you are entitled to is Non Refoulement. Non Refoulement is a fundamental principle of international law that forbids a country receiving asylum seekers  from deporting them to a country in which they would be in likely danger of persecution based on “race, religion, nationality, membership of a particular social group or political opinion No food or security or shelter or privacy or hygiene, nothing – all the things we take for granted.

The Syrian Civil War, which caused the worst refugee crisis of 21st century has been going for 10 years now, and has caused exodus of 6.8 million people! In Sudan, more than a million people have fled their home country to flee persecution. In Venezuela, with the oppression increasing and economy sinking, 7.1 Million Venezuelans have sought refuge worldwide.  And so did 0.6 Million Rohingyas, who fled to Bangladesh.  6 million Afghans have fled their country. And in recent months, the refugee crisis has been worsening due to the Ukraine Russia war, with 7.7 Million people displaced. The list does not end. Atrocities on the refugees do not end. The plight of the refugees does not end.

“No one puts their children in a boat unless the water is safer than the land.”

Thousands of people, cramped into a small piece of land, some even with barbed wires, and smell of urine everywhere. No concrete overhead, neither under the feet. People taking shifts to sleep in the camp and not a single soul with a full stomach. Infants rolling in the mud, mostly naked and water more valuable that melted gold.  This is how people reside in refugee camps.  But come the monsoon, the real menace begins. With no sanitation the camps become breeding grounds for insects and in turn the diseases become endemic. One can see dead bodies of refugees, being fleshed away by rodents! And when an infectious disease hits the camp, death rides havoc, and dead bodies lie here and there like leaves withered off from an old, abandoned tree.

“It is an open air prison”, says the UNHRC Watch council, while describing the Moria Refugee Camp in Greece. A camp made for accommodation of 3,000 people, which has now grown to a city of 19,000 people of which 40% are children, living out their days in filthy camps made of tarpaulin, without electricity or sanitation or enough food. Jalila, who  migrated all the way from Afghanistan to flee violence in Kabul says she feels lucky to have left her country and that she hopes to continue her education in the camp.

Jalila asks: “Will I be able to start school there immediately?”  Sadly, there is no school for her in the camp. In fact, as she will discover, there is not even basic shelter from the cold winter nights. (Moria is a hell: The Guardian). Even though Child Labour is a heinous crime, in refugee camps, most children are subjected to forced labour. They work in noxious environment for prolonged hours, and for a very little money. And seemingly, children too are inclined to do the work, because the money, however less, can at the very least get them an extra meal. Children travelling alone or without documents are most prone to this exploitation.

Migrants and refugees in Libya face a different kind of hell. There has been several reports of refugees being tortured with water pipes and melted pipes. Human trafficking and commodification are carried out in an extreme level in Libya. The situation became so serious that human trafficking accounted for 3.4% of Libya’s GDP.

In short, the refugee crisis is a deepening crisis which should at least get some world attention. Millions of people suffering in agonizing events is a truth that every citizen should feel. Today’s children in developed or developing nations should possess common knowledge about millions of children fighting to survive every day. Children, fighting to have a handful of food every day. Children with no dreams of education or happiness. Children for whom dreaming of luxury is a luxury. Men and women, who have given up on life. People who sacrificed their homeland for a secure future for their children, but caught between the metal wires and ‘tea meetings’ of men in luxury rooms, who will never see life the way these people see.

(The writer is a student & blogger. Views are personal.) 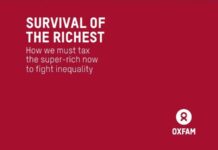 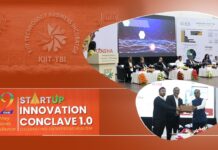 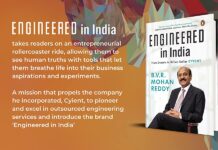 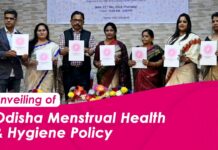 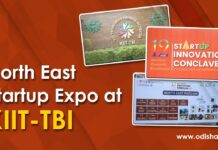