Here is a health alert for women in Odisha. Post menopause women have been identified as highly prone to Osteoarthritis (OA). 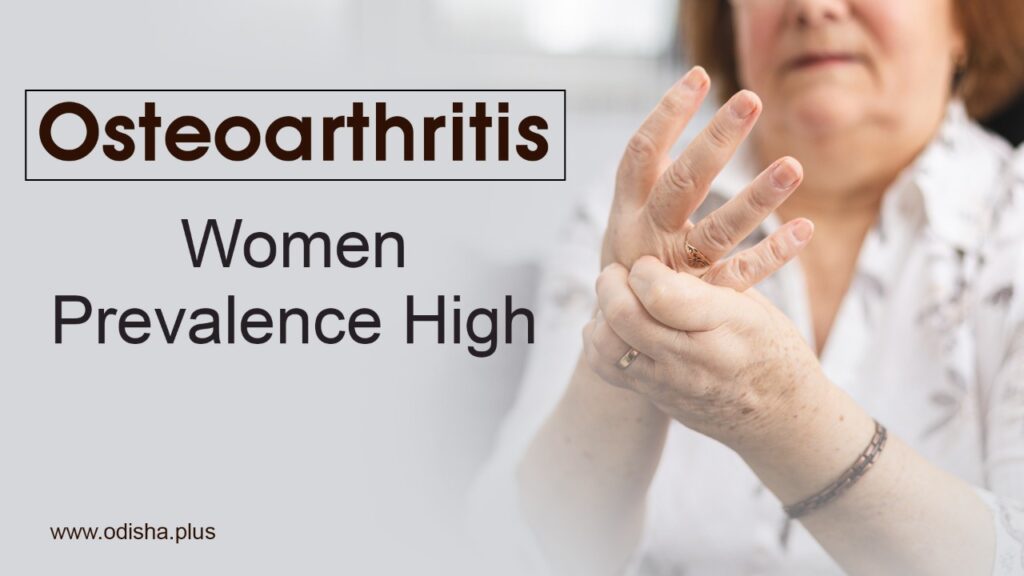 The big worry here is this degenerative disease can render one immobile, as the musculo-skeletal disease has no treatment protocol, except physical exercises.

For which, the focal theme of this year’s World Physiotherapy Day has been ‘Managing Osteoarthritis’.

As per the Union Health Ministry Annual Health Survey 2020, the incidence of arthritis in women population is higher than males. The prevalence per lakh population shows number of women suffering from arthritis is twice that of males in Odisha. When the female prevalence has been around 335 per lakh, it’s around 245 per lakh in males. Moreover, the prevalence is higher in urban settings than rural.

Except for Kendrapada, the prevalence of arthritis is highest in coastal areas, vis-a-vis south, north and western Odisha. Almost all coastal districts have higher prevalence than the State average. (see the image below).

The ICMR’s Bhubaneswar arm – Regional Medical Research Centre- conducted a cross-sectional study in the rural block of Tigiria in Cuttack district between June 2019 and February 2020.

As per the study data, when 50.4 percent of females have confirmed of having OA-Knee, the proportion in males was 49.6 percent.

Besides the above, it has made following other observations.

As per a study conducted by Dept of Community Medicine in SCB, Cuttack in 2018, the prevalence of OA in rural Odisha has been estimated at 29.7 percent.

The SCB study too had found prevalence in females higher than males.

The survey has made some important findings that are given below.

Though osteoarthritis affects all joints, in India, prevalence of two types of OA has been observed.  They are Knee and Hip OA. But the incidence of knee OA is higher vis-à-vis hip. It is the progression of knee OA that will lead mainly to hip OA.

The risk factors for both the types have been BMI and joint injuries.

How To Prevent OA?

Speaking to Swasthya Plus, a multilingual digital health awareness platform, Dr Pankaj Bharati explained that joint injuries that trigger OA, even early in life (means by 40 yrs age), can be due to sports related, obesity or wearing faulty shoes.

“When an individual feel on and off pain in the joints, then it’s early OA stage. At this early stage, the foremost plan of action to prevent progression of the disease is increasing fresh fruits, salads, cut high calorific food and go for regular walking,” Dr Jain elaborated.

He further added that the benefits from this will lead to weight loss and lighten the pressures on joints.  However, if faulty shoes giving on-off pain go for immediate change, he advised.

As per physio India report, following simple exercises can be taken up to manage OA.

However, it recommends avoiding high impact exercises that put too much pressure or strain on the joints, like running, hopping, quick or sudden turns, or stopping and starting.

“A good thumb rule is if an activity increases pain during or after exercise, and this persists for several hours (or disturbs your sleep at night), it should be avoided,” the report observed.