Political excitement had hit the crescendo in Odisha for the simple reason that two election machines were on one platform. 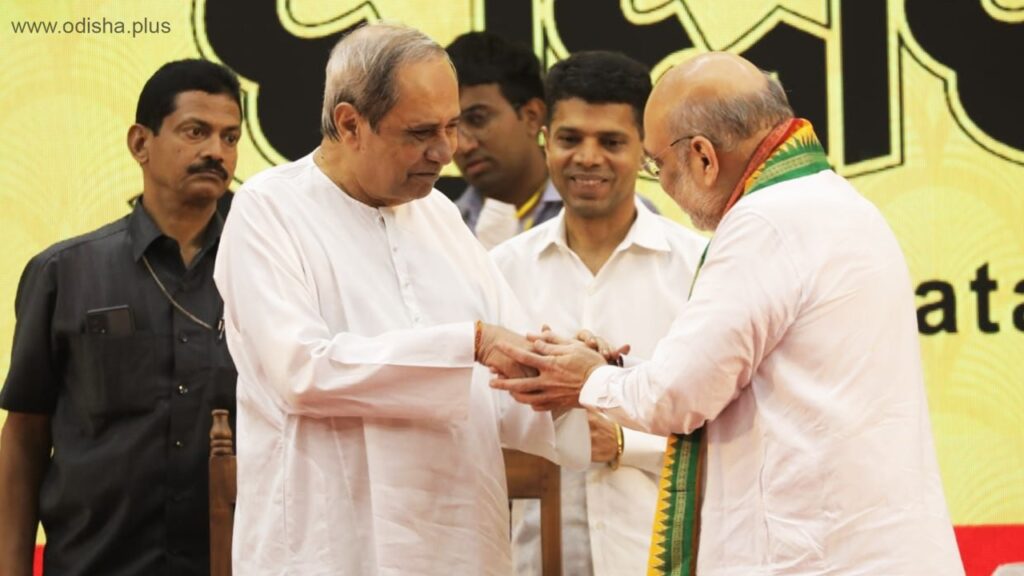 The thrill over Union Home Minister Amit Shah’s first visit to State after 2019 elections, and the maiden sharing of stage with Chief Minister Naveen Patnaik, got magnified in the backdrop of CM’s support to NDA candidates in both the President and Vice President Elections.

Moreover, the macro enthusiasm was also due to the drubbing the saffron party had faced at the hands of BJD in the recently concluded local elections.

With such a political context in mind, the coming together of two election machines at one platform in Odisha had made zooming on the lens of political commentators here.

Amit Shah came to occupy the national political spotlight in 2014 elections. He was regarded the architect of BJP sweep in Uttar Pradesh, where the saffron party was pushed to 3rd slot by BSP and SP.

For the resounding UP success, that made BJP gain majority on its own, Shah was made the BJP President. Under his leadership the party had fought 7 elections between 2014-16, and the success rate had been 5:2.

In 2017-18, the BJP won with brute majority in Uttar Pradesh, Uttarakhand, Tripura. Emerged largest party in Karnataka and catapulted BJP to power seat in northeastern states.

Though Patnaik made a political debut in 1997 and had entered electoral arena in 1998, his juggernaut had been on a roll since 2000. Except for a seat loss in 2017 local polls, he led BJP to bigger wins elections after elections.

The winning streak of CM Patnaik touched a new high when for the first time in 2022 won record victory in the Panchayat and Civic polls.

For the ever-increasing tally of seats won by BJD under his leadership, Naveen Patnaik is known as the election machine in Odisha.

A look at the book reading habit of both the leaders drop a hint or two about the personality of the two leaders.

Shah has been a fond reader of political treatises. Reports say that Shah is believed to have gleaned through the famed Kautaliya’s Arthashastra at the age of nine.

Patnaik, on the other hand, has also been a voracious reader and author too. The striking difference, however, is the BJD patriarch is fond of reading history, culture of kingdoms and king courts.

It is the 75th anniversary celebration of the hoary news daily ‘The Prajatantra’ that had brought two rival goliaths-both politically and personality wise-at on one platform. 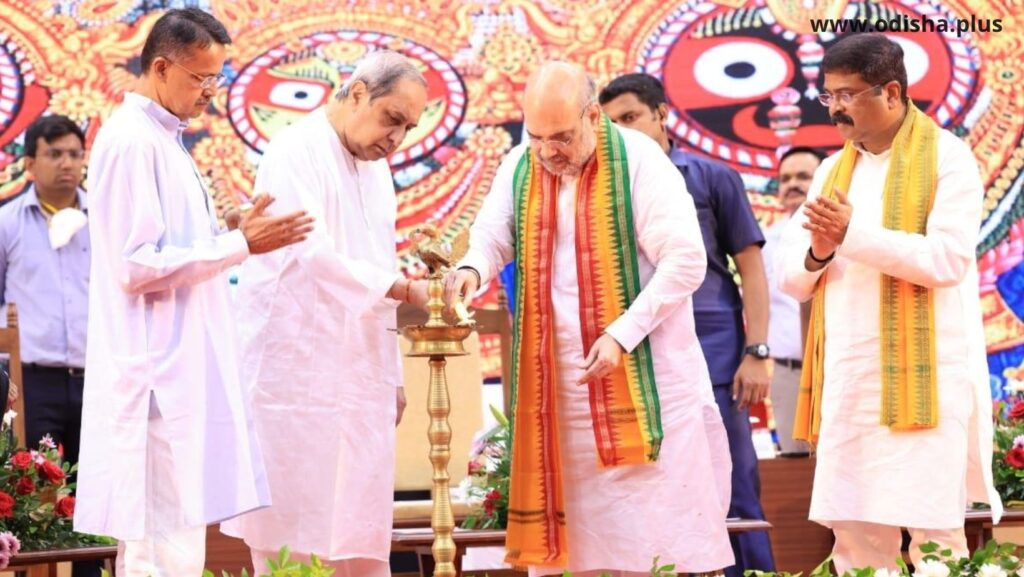 The hot atmospherics inside the indoor stadium Cuttack on a rainy day was the political picture of the day. The sloganeering by the BJD-BJP workers provided the cracker spectacle of the day.

Though not with standing the trigger, the stage witnessed all good frames of handholding and talks.

Notwithstanding all decorum on the stage, political observers have traced political posturing by the two top leaders at the non-political event.

Famous USA linguist Robin Lakoff had once said, “All language is political”. And a glance at the speech of both the veterans tells the political tale.

While Shah’s jargon of ‘Odisha’s Acche Din has arrived’ has let the BJP 2024 strategy out, the speech of Naveen Patnaik talking of ensuring ‘communal harmony’ in society by the fifth estate is seen a salvo at BJP.

Significantly, BJD snapped ties with BJP on the issue of communal card before 2009 elections.

As per observers, both parties will play up emotive issue in the 2024 elections. While BJP will link Odias occupying power seats to pride of Odishain 2024, BJD will shoot at the saffron party with its old ‘communal arrow’.

Even as Amit Shah dropped a big poll issue at an apolitical stage, the chanakya of BJP was on full flow at a book releasing ceremony later. The book released in Odisha was ‘Modi@20:Dreams Meet Delivery’.

While speaking on the occasion, Shah picked out the issues grappling Odisha, and showcased PM Modi’s effective governance card when he was the CM of Gujarat.

Significant mention here is, the Odisha Disaster Management Act was brought in 2005 and was further amended in 2010.

In a similar vein, Amit Shah focused on water scarcity in Gujarat and talked about how the then CM Modi’s policies led to a rise in ground water level there leading to rise in cropping intensity and farm production.

Moreover, Shah reeled out the double-digit farm growth rate of Gujarat when Modi helmed (2002-12)the State.

The ace BJP leader also talked on 24X7 power supply in Gujarat when Modi was the CM.

Observers linked the raking of power supply issue to the State remaining in headlines owing to erratic power supply and power cuts in the recent summer months.

Shah talked on key issues that the State has been grappling with, and the exhortation of the party leaders/workers at a closed-door meeting to seize the anti-incumbency against over two decades old BJD govt, put in perspective how the Chanakya delivered BJP’s poll message from an apolitical platform.