I was a flourishing writer when I took over as Odia Editor of NBT in 1990. In my first meeting with him, Arvind Kumar, the then Director, NBT told me, ‘You have joined a profession which requires 24 hours involvement.’ I did it and forgot my own writing, propelled writers, and tried to publish the best in Odia.

By the time I joined NBT, there were 73 books in Odia in NBT and by the time I left Odia Editorship in 2002, it was over 300. In a time span of 11+ years 10 Odia advisory panel meetings, 4 Book Fairs, over 100 literary meetings related to books and reading, 2 mobile exhibitions of books throughout the state and several other events were coordinated by me for NBT in Odisha. In the process, the writer in me went to hibernation. I am not narrating it to claim applause, but this is my story.

Desk Top Publishing was new to Odisha, there were hardly a dozen of firms with DTP. My colleague Sumit Bhattacharjee SK Bal and I travelled the whole state to scout for DTP firms or typesetting our books and to recruit agents for selling our publications. Our first two books typeset in DTP were Masanira Phula O Anyanya Galpa by Satchidananda Routray and Manoj Dasanka Galpa by Manoj Das. Thus was our work: Sumit will look after the typesetting part and I will oversee the proof treading/ language part, and the operator will work. We worked day and night for a week to bring out the books so as to be released in the first-ever book fair at Exhibition Ground organised by NBT in 1992.

Interestingly, it was Dipavali day that I got the final prints and came from Bhubaneswar to Puri in the evening by my Scooter headlight which showed a problem, I had to follow a car. My daughter (6) and son (3) were waiting for me and I reached Puri at 7.30 pm, ‘completely soaked in rain.

I gave the prints to the production department of NBT and came back to Bhubaneswar for coordinating the Book Fair. Arvind Kumar came a day before the fair and did not tell me anything, I presumed that our labour went in vain. Just before the inauguration he gave me two packets wrapped in coloured paper and said, ‘This is the result of your hard labour. You will present it to CM, the inaugurator of the fair, to release.’ Biju Pattanaik was the CM of Odisha at that time. 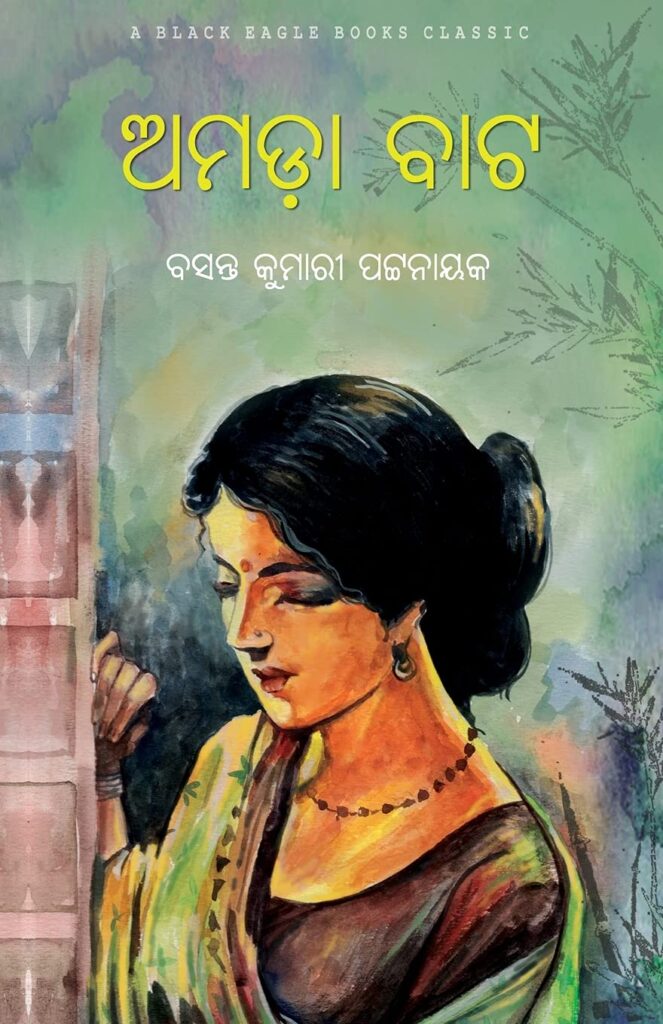 There have been several occasions that in spite of the lack of right appreciation, I have tirelessly worked. One such occasion was getting copyright clearance and publishing Amada Bata, the monumental work by Basanta Kumari Pattanayak in Indian Languages.

My mother and aunt were fond of seeing movies. I must have scored a hundred with them in seeing movies in my childhood. One of the movies I saw many times with my mother was Amada Bata. My mother  used to sing the song  from that film ‘Jibana Jamunare Juara Uthere…”

I wrote to Basanta Kumari Pattanayak and did not get any response for months. One day I told it to Dr Narendra Prasad Das, the then Vice Principal, Dhenkanal College. We knew each other from his SCERT days.

‘Oh, why didn’t you tell me. Has Mausi regretted ?’He asked.

I told him about my interest and plight. I was emotionally attached to the book and wanted to reprint it in Odia and publish it in all Indian languages.

It became easy after Dr Narendra Prasad Das put a word to Basanta Kumari Pattanayak. probably she could not say ‘No’ to her son-in-law….. In fact, it was Mrs Das, herself a writer, who tried her best and got her Mausi and agreed to accord permission.

Sister of the famous author Shri Rajkishore Pattanayak, she had another two brothers who were in the UK. Both the US-based brother and Basanta Kumari were unmarried and dedicated their time and money to publishing and propagating the thoughts of J Krishnamurthy.

‘But I will give on one condition’, Basanta Kumari said when I called on her.

‘What is the condition ?’ I asked. ‘NBT will pay the royalty to Krishnamurthy Foundation and not to me..’ She replied.

‘Truth is an endless path.’ I murmured in the language of J Krishnamurthy.

Her condition was agreed to and the book was published. My mother was no more. I  cried the whole night the day it was released. It was my tribute to my mother that I got the book to Indian readers.