This book, originally authored by Dr. Mamatamayee Choudhury, is a novel with a difference. It received the Odisha Sahitya Academy award in 2013 and has all the trappings of a great novel. Translated and edited by Professor Sarat Chandra Sahoo, the novel is far away from the trodden path, so long as it depicts Soorpanakha in different light. 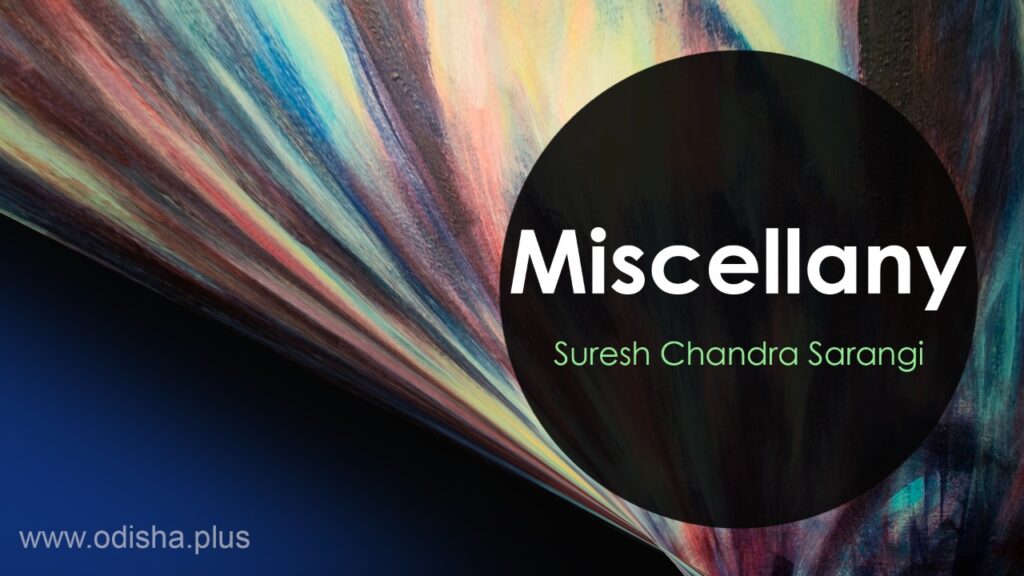 The problem of interpretation has always remained a big issue in literature and the character of Soorpanakha is way forward in taking the interpretation to new height. The originality has been maintained well by the translator in a lyrical style that moves your imagination page after page. The writer Mamatamayee has maintained her writing’s charm in poetry, story and novel in an inimitable manner.

Gifted with an authentic power of imagination that sweeps across the pages with elan. Reading the book is a reader’s delight that frees any women who suffered ignominy throughout the ages and was emancipated by the author’s stretch with imagination. The writer has espoused the feminist cause in the book with style and rigour and her feelings have been immaculately translated by an experienced professor.

Throughout the narrative, Soorpanakha remains the central character, her voice and inner voice reverberating through the silent forest of Dandakaranya, the Deccan plateau. Soorpanakha, a widow in her prime, the sister of the demon king 10 headed Ravana, is narrated  throughout the ages as a demon queen who tried to flirt with  Ram with a proposal for marriage, on the pretext that his father also believed in the concept of polygamy under one roof and was punished severely for her act of misdemeanour, by Laxman, younger brother of lord Ram.

Thus, with terrible loneliness and deep anguish in her heart, she tries to rediscover herself. In a battle of good vrs bad, Soorpnakha is eternally depicted as the face of evil, ugly and crushed. All these, as per the author, is an example of male ego, perpetuated by man and she stands out to liberate the eternally crushed soul. Mythology has remained an important aspect of human psyche, more particularly, in India. The age old conventional thinking has been challenged logically. Soorpanakha a virgin till her last breath only had proposed a polygamous marriage and was inflicted with a crushing punishment of severing of ears and nose, which, as per the author is not justifiable.

From the depths of despair and unforgotten ignominy and infamy, the author discovers a woman within a woman who suffered silently , because of her demon brother Ravan’s heinous crime of stealing Sita, Wife of Ram the king, in exile. May be the author speaks of bias in Ramayan, where a character like Soorpanakha does not receive her due, that is the feminist virtues and like Sisyphus was bound to the rock of frustation and lastly the author do some justice to her in her immutable style.The narrative becomes more vivid and profound in the pen of professor sahu with a beautiful flow of language.

After the death of Ravan, Lanka was in shambles and destroyed beyond repair. But Mr Sahoo’s description is very apt in Lanka’s regeneration, which he attributes to the regenerative power of nature. ”A new Sun has burst through the clouds. The gray, pallid, sullen sky has turned bright- blue, with the usual rhythm of seasons. The pinks and yellows, if the Sun rises, look brighter than before. Stars start pulsating in the night sky. The embattled lanka throttled by the battle now enjoys the blessings of earth, air, fire and water under the fostering care of mother nature “- that makes for a beautiful reading.

The battle between Ram and Ravan, leaves behind a trail of unimaginable destruction, which is  so nicely captured by the author in her book. The characters like Ram, Laxman, Sita, Ravan, Mandodari, Bibhisan  are finding a brilliant space in the book and the beautiful expression by the translator makes it readable. The different chapters in the book like the severing of the nose of Soorpanakha, the war,the marriage of Mandodari with Bibhisan, all live in the pen of the author and make a compelling reading with the readers. 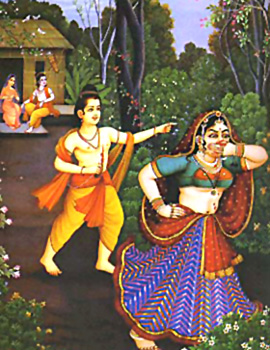 But most captivating of all  discussion is the respect Soorpanakha receives in the hands of the author, trying to highlight  a forgotten soul. In chapter 4, the author dazzles with hope and inspiration in the eyes of Soorpanakha, who makes an arduous journey with patience to have a glimpse of Ram that kindles a love of unfathomed depth and that still burns in her eyes. Beautifully narrated, the book is a treasure in Odia literature, and more so, in its English avtar. Sometimes, the cause becomes more important than the result.

Ram is considered as an avatar of Lord Vishnu and is known as Maryada purushottam, or the greatest man of noble virtues, who was born to kill the Asuras and save the earth from the sin of demons. But the author questions Ram’s decision to get widowed sister  of demon Ravan, with his younger brother Bibhisan who was at the side of Ram, though his own younger brother laxman never saw the face of his wife Sita’s face.

The same is questioned by the author and she dwells on that when she says that why then Soorpanakha’s platonic love could be ignored with terrible retaliation. Such unconventional questions make the reading of the book more interesting. Soorpanakha’s horror is a bottomless pit.

The book is full of intense emotion, and the literary landscape has been profound with powerful translation and imagery, by the translator, in search of a truth which is under the veil of male chauvinism. The saga of Soorpanakha is tortuous, and her rediscovery is by way of elegant prose. Finally, a daunting task has been made simple by the author and translator.