Arunita Tirkey of Majhapada, a remote tribal village in the Rajgangpur block of mineral rich Sundargarh district, has a reason to be happy these days. 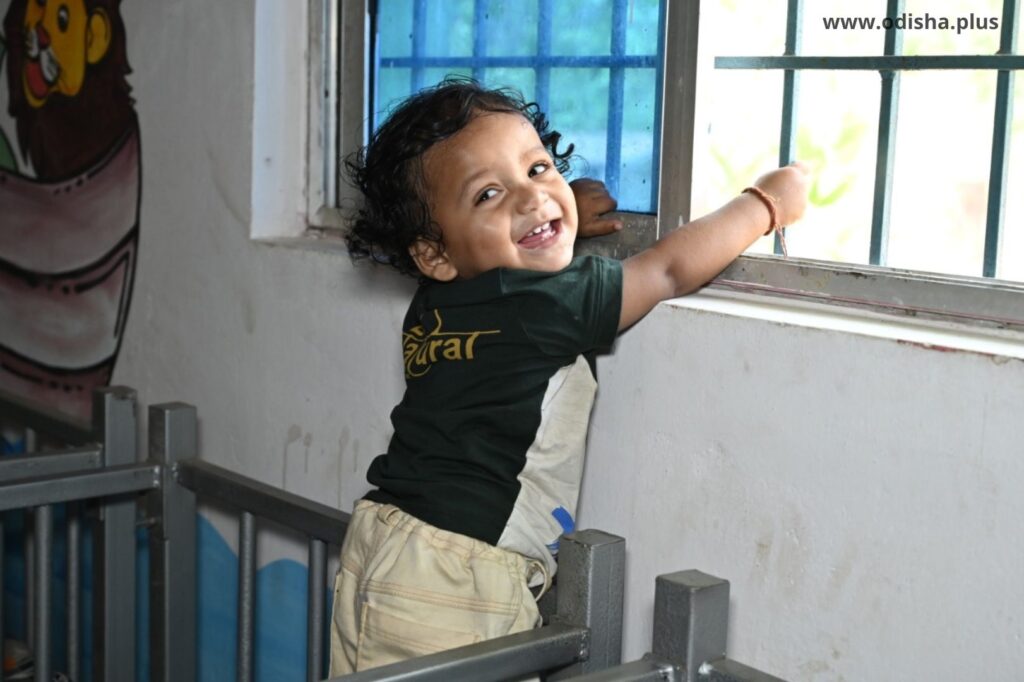 Just about a couple of months back, Arunita, who works as a daily wager in one of the six mining affected blocks of the district, would be constantly worried about her infant son who she would have to leave behind at home while going out for work.

“Every day, I had to leave my one-and-half-year-old child with my mother-in-law while stepping out to work at a far off place. Though the child was in safe hands but could not be looked after well as my mother-in-law had other household tasks to perform. I was never at peace at my workplace as the thought of my child would be on top of my head,” said the 25-year-old first time mother whose earning supports her family.

“While I was struggling to meet the twin challenges of work and motherhood, a ray of hope appeared when the district administration opened ‘Kalika’, a crèche and daycare centre, in our village,” shares Arunita.

The Kalika Centres opened in the district have facilities like proper beds, toys, painted walls, pictures and games for children. The young ones are given nutritious food while their growth is constantly monitored. The workers at the centre are trained to take care of the children. “These days, I leave my child at Kalika and go to work peacefully,” says Arunita, explaining the reason for her happiness. “I express my earnest gratitude to the district administration for the initiative,” she adds. 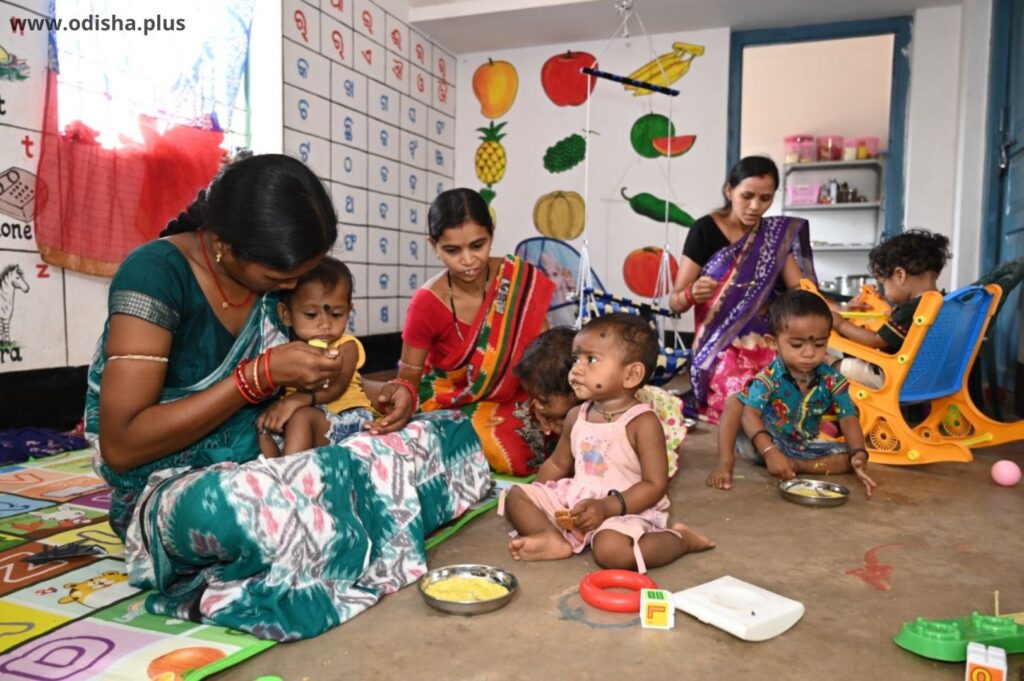 Like Arunita, scores of mothers from the district have been benefitted by the ‘Kalika’ initiative which was kicked off in April this year by the Sundargarh district administration across the six mining affected blocks—Rajgangpur, Lahunipara, Koira,  Hemgir, Kuarmunda and Kutra—to provide the much needed succour to the women workforce engaged across mining, industry, construction and farming sectors.

The programme has been extended financial support from the District Mineral Foundation (DMF) Sundargarh. Observers say that the initiative has not only empowered working women and given a boost to household economy but it will also help in reducing the school dropout rates in these areas as often the elder siblings skip schools to look after the infants when the parents are out on work. 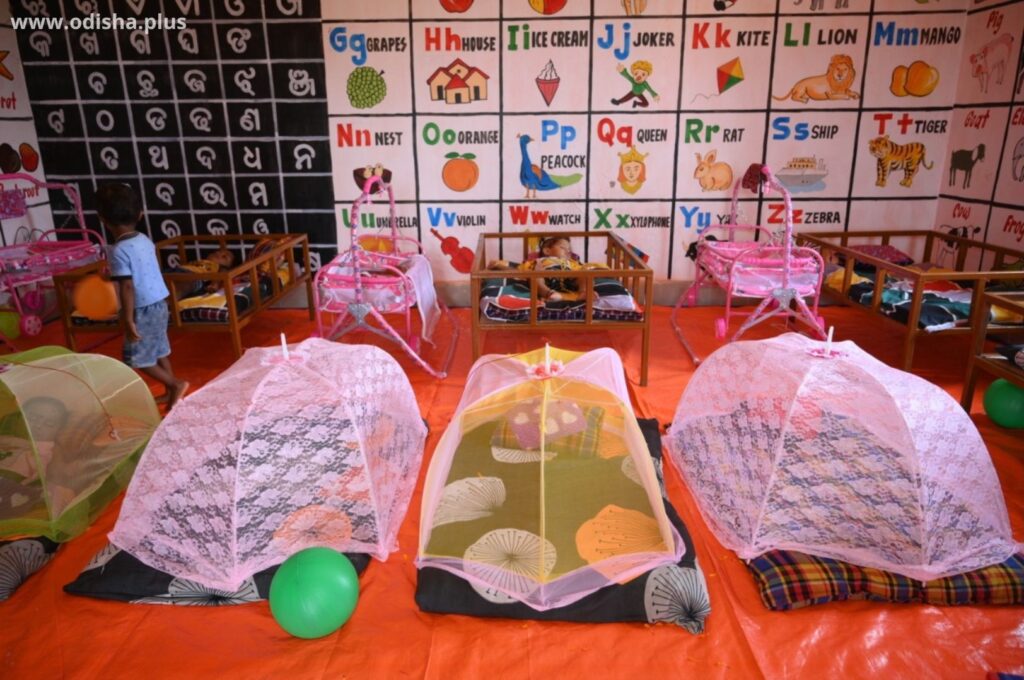 So far as many as 90 Kalika Kendra have been set up in the six blocks, covering a population of around 5.32 lakh (as per the 2011 census), where toddlers in the age group of six months to three years are given care and nutrition while their parents are away at work.

“We started Kalika Kendra in our district in line with the concept mooted by the Government of Odisha. This facility is especially useful for working mothers or parents who earlier used to leave their children with someone while going for work,” said Sundargarh Collector Nikhil Pavan Kalyan, the driving force behind the initative.

Kalyan said the centres were opened with the primary objective of providing nutrition and monitoring the health of the toddlers of working women in a caring, hygienic and homely environment. 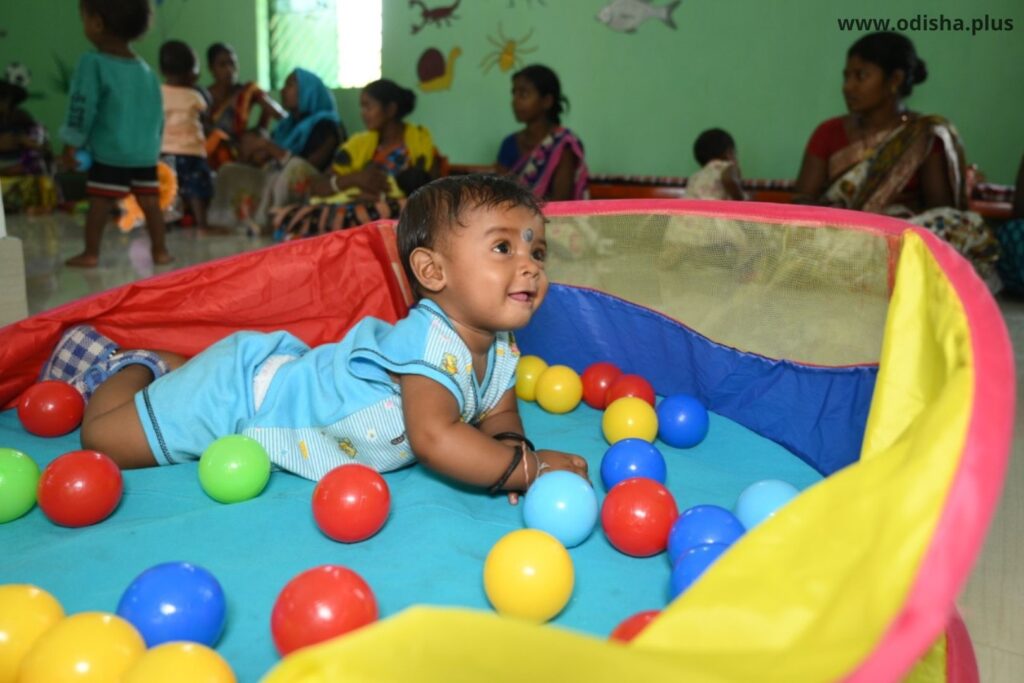 “Mothers leave their children at Kalika kendra while going to work. The children are given good food and their other requirements like rest and play are being taken care of. After finishing work, the mothers visit the centre and take their children back home. The Kalika Kendra concept is extremely useful,” Kalyan added.

The Kalika Kendra have several advantages over traditional crèche and daycare centres as the latter are not only equipped with trained creche workers and cook, but are linked to top child healthcare facilities to deal with malnutrition issues in children.

“We are monitoring the weight of the children regularly. Those found underweight are referred to the NRC (Nutrition Rehabilitation Centre) for better treatment which will help increase their health and weight,” informs Prabasini Chakra, District Social Welfare Officer.

Each Kalika centre has been provided with a variety of toys, comfortable beds to house the kids in a joyful and playful atmosphere. Regular health check-up and vaccination of the children are also conducted while ‘Ama Kalika’ health cards are being issued to keep the health record of the children. Moreover, plans are afoot to equip the Kalika centres with Bike Ambulance service. Each Kalika kendra has two trained crèche workers to take care of the children who are aided by a cook who makes fresh food right at the facility.

The Kalika kendras are open between 6 am and 4 pm to match with the working hours of the mothers. 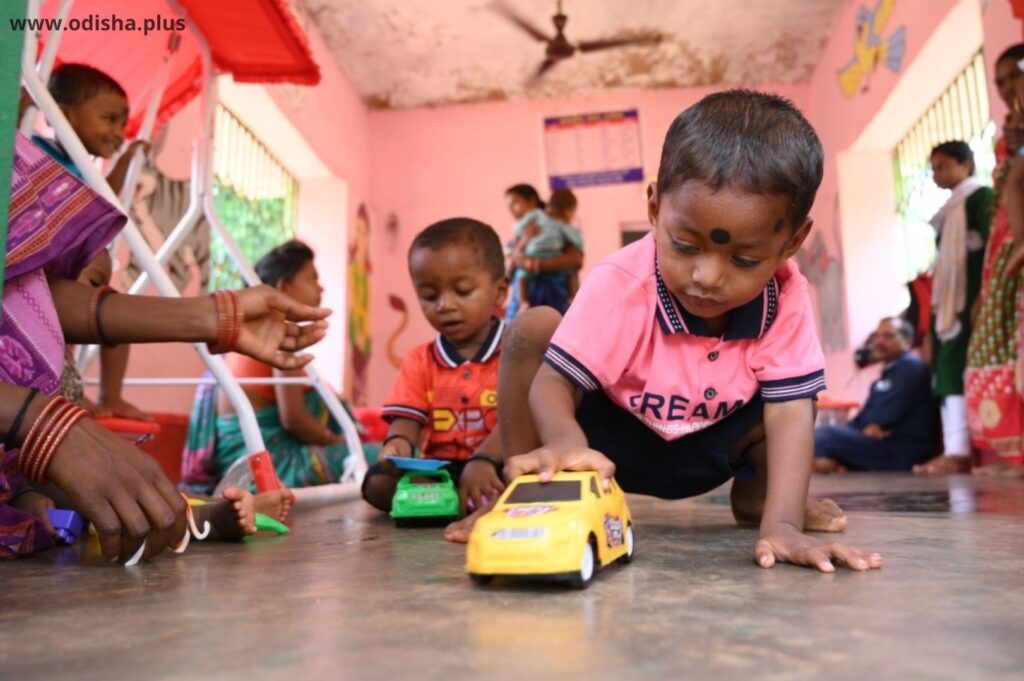 For the seamless functioning of the Kalika centres, a NGO partner has been given the responsibility to run a centre in each of the six blocks where clusters have been formed by linking as many as five such homes.

A Supervisor has been appointed for every cluster while a Programme Manager is supervising works of a group of three clusters (15 Kalika centres). The Programme Managers and Supervisors jointly shoulder the responsibility of managing the Kalika kendra.

Home away from Home

Baby Dehuri of Tangardihi village in another mining affected block, Hemgir, said the crèche workers are ensuring that the child gets what a mother expects at the Kalika centre.

“After my child was born, I was not getting time to continue my work (tailoring). Now I drop off my child at the Kalika kendra and have resumed work. The Didis (crèche workers) at the Kalika kendra are giving nutritious food to the children and are taking good care of them. I am really relieved these days,” said a beaming Dehuri.

Creche worker Pushpanjali Pradhan at a Kalika kendra in Lamloi village of Rajgangpur block said they assume the role of mothers so as to make the children feel at home in absence of their mothers. “We are all trained to feed and take care of the children. We sing ‘Loris’ (cradle songs) to put the kids to sleep. We look after the children like mothers do at home,” she said. 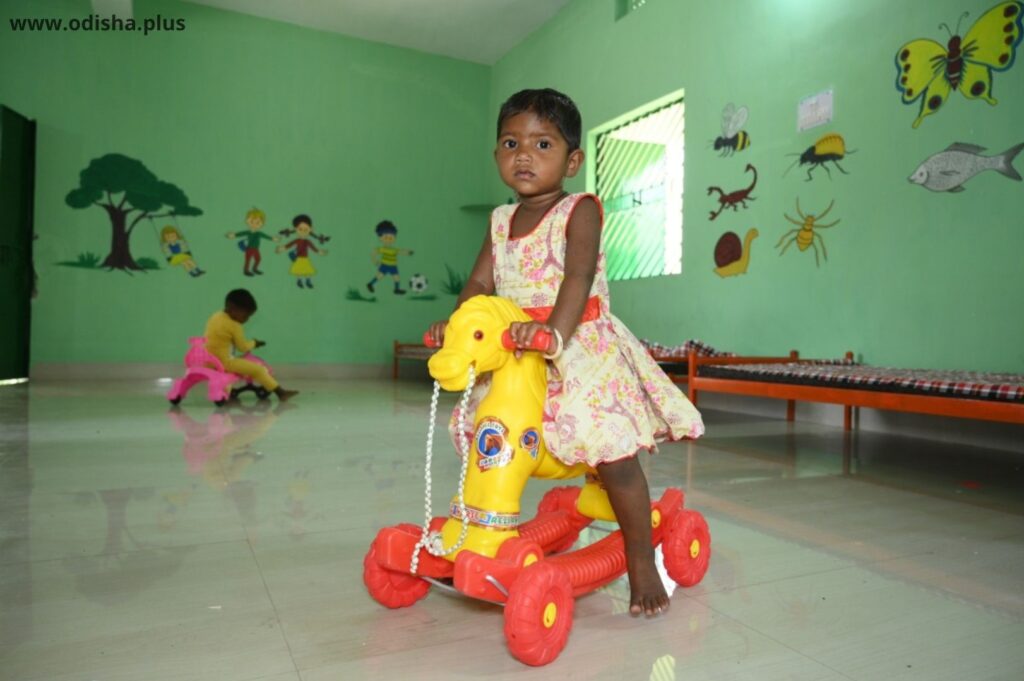 Meanwhile, Collector Kalyan said the performance of the Kalika kendra has so far been encouraging.  “The feedback from areas where we have started Kalika kendra has been satisfactory. Mothers and families are happy. Side by side, significant improvement has been noticed in the children as they are able to play with others and with the equipments at the Centre.”