Sales Tax was one of the important sources of revenue for the states since independence and with the passage of time it proved to be outdated and archaic. So many loopholes in the tax structure made it susceptible to evasion and resultant loss of revenue. In the nineties, efforts were started at the national level to bring in systemic reforms and it gave rise to an emerging consensus to substitute Sales Tax by Value Added Tax ( VAT).

Successive governments at the Center pursued the reform agenda and the Empowered Committee of State Finance Ministers was created to spearhead the reform with active support of the Union government. Dr. Ashim Dasgupta, the then Finance Minister of West Bengal, himself a professor of economics headed it for the first time. A model law was drafted and circulated to all the states to draft their respective laws accordingly. Meetings were held with the stakeholders at different levels to elicit their responses.

At the same time, the States made elaborate preparations for the changeover. Shri Gokul Chandra Pati, then the Sales Tax Commissioner started the initiative. However, Shri G. Mohan Kumar’s active interest in the matter made much headway. A very seasoned retired senior officer was hired to prepare a draft law in line with the model law circulated by the Empowered Committee. It was submitted to the Government and the same was endorsed to the Law Department for vetting.

Shri P. C. Patnaik was the Additional Secretary who was to vet it. As the Under Secretary in the Finance Department I was there to assist him along with a senior officer from CCT’s office. After a few days the senior officer from the CCT’s office was advised not to come and I had to sit with the Additional Secretary every day from five to eight in the evening. It was found that the draft submitted by the department was redundant because our officers were not well versed with legal drafting. It had to be drafted afresh with much difficulty and I could learn the rudiments of legal drafting from Shri Patnaik which helped me in the later stage. Months later it was ready for approval of the Cabinet and the legislature.

In the meantime other preparations were going on. Few of us used to write articles in newspapers and attend meetings with the stakeholders to educate them and dispel the misgivings from their mind. Fortunately, Odisha was among the few states having least resistance. Then the Finance Minister Shri Prafulla Chandra Ghadai was attending the meetings of the Empowered Committee regularly and very often I had to accompany him. He had a good standing at the national level and at one point of time his name was suggested to be its Chairman.

The Secretariat of the Empowered Committee even contacted me to convince the Minister to accept the proposal. Shri Pranab Mukherjee, the then Union Finance Minister had also contacted Shri Ghadai in this regard. But in a turn of events at the last moment Shri Sushil Modi, Deputy Chief Minister of Bihar was made the Chairman.

Haryana was the first State to unilaterally implement VAT from 1st April, 2004. A group of officers from our state including me visited Haryana to get a first hand knowledge of the new regime and it was an eye opener for us. While full preparation was going on for the implementation of VAT in our State after the law was passed by the Assembly the medicine wholesalers started  agitation to allow them to pay VAT on the MRP at the first point.

There was no provision in our law for such practice. They cited West Bengal in this regard. Minister asked me to visit West Bengal and observe their legal provisions. I along with Shri A. P. Sahoo, one of the Additional Commissioners visited West Bengal and found that this was incorporated in their law. We came back and reported it to the Minister. Since our law has already been passed there was no scope for inclusion of such a provision. 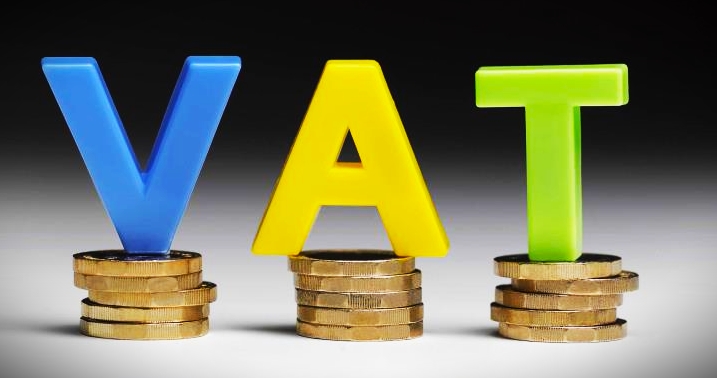 There was a unanimous decision at the national level to implement the new law across the states from 1st of April, 2005. A few days were left. Our draft rules were pending in the Law Department for vetting. Minister was insistent on solving the problem of the medicine dealers. On the evening of 31st March the Law Department returned the file with the observation that it was apparently in order and made no corrections although it was much needed keeping in view the requirements of the law.

I made an attempt to solve the problem of the medicine dealers by incorporating a new provision in the rules since it was not violating the substantial provision of the VAT Act. In the same evening with approval of the Minister the file was sent to the Law Department and to my pleasant surprise the Law Department agreed to the proposal with minor corrections in the draft.

Next day I took the draft rules cleared by the Law Department to Government Press for printing. With  the consent of the Additional Secretary, Law few minor corrections had to be made to make it aligned to the law and to my good fortune no ambiguity or inconsistency was noticed later. The special provision relating to the medicine dealers was later incorporated in the VAT Act after two years when the law was amended for the first time. Shri B. B. Das the retired Additional Commissioner who initially drafted the law remarked that he knew me as a dynamic officer but then he could realize how daring I was and heaped his praises.

I am proud to be associated with this great initiative in tax reform in our State and never claimed credit for it since it was a team work done as official responsibilities. Of course some officers are still claiming to be the champion of VAT in the State for whatever little they have done in their official capacity and strangely a very junior officer who got dismissed from service took the credit for no contributions except pointing out a mistake in the return form and could get engaged as a Tax Consultant in a multi national company for few years during his suspension period. Everything is marketable in this world if you know the art of selling.