In the early ’80s when dusky skin was seen as a hinderance for an acting career, versatile actress Jaya Swami shot to fame in the Odia Cinema Industry contributing back-to-back hit movies like ‘Hakim Babu’, ‘Phula Chandana’, ‘Jai phula’ etc. Jaya grabbed eyeballs in theatres with her expressions and glorious dance moves. The actress’s debut film was ‘Jhilimili’.

Recently in an exclusive interview with OdishaLIVE, Actress Jaya Swami opens up about the film industry’s obsession with fair skin tone. In spite of her top-notch acting skills, the demand for fair-skinned females became a barrier for her in the long run at Ollywood. 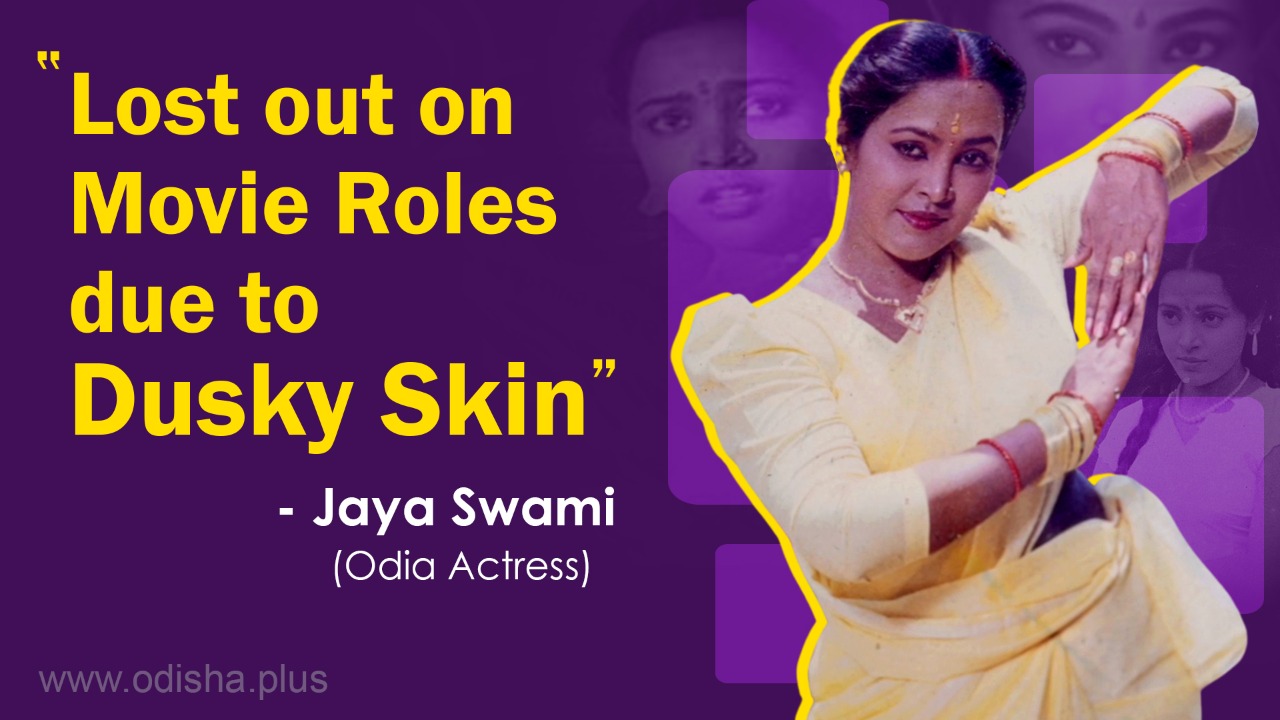 She said, “When I saw the first Ollywood colour film ‘Gapa Hele Bi Sata’ I made my mind to become an actress. Because film is a vast career, it has multiple streams to perform. I decided to choose it as a career. I faced multiple emotions of both excitement and nervousness when I received my first film offer. As I was new and fresh and no one from my family belonged to the film industry, it became tough for me to start from scratch. Luckily my fellow co-stars Sriram Panda, Mahasweta Roy, and few other actors and actresses stood behind me in support.”

Born in Choudhwar at Cuttack, Jaya was a classical dancer. She dreamed of becoming an actor. In the initial stage of her acting career, her parents opposed her decision to do films. Later, seeing her dedication and potential towards her dream, they supported her.

“I tried to make my own place in Industry but failed due to lack of opportunities. Many judged me for my dusky skin tone. But that could not stop me for acting. After a long break, I come back to the industry and still acting at this age. I feel blessed that I received endless love and support from my fans and well-wishers earlier as well as now. They are like a powerhouse for me.” the actress added.

The movie ‘Hakim Babu’ was one of the blockbuster films of Jaya Swami in 80’s era. She received huge appreciation for that film too. “Actor Ajit Das was the only reason behind my part in Hakim Babu. The move touched a benchmark as all the eminent film personalities were part of that film and lots of effort were given by the whole cast”, recalls Jaya.

Jaya acted in more than 48 films, currently playing a grey character in Zee Sarthak’s most popular serial ‘To Pain Mu’. She says, “Acting is harder in daily soaps as compared to films. Every day is a new challenge to overcome. It’s hard to stay connected with the viewers over the multitude of episodes.”

Sharing a keynote for aspiring actors, she opines, “As per my experience, colour is just an excuse. Even fair skinned actresses don’t get a chance due to lack of acting skill and knowledge. Nowadays there is a huge competition. I am glad that we have very talented newbie’s in our industry. If you are passionate about acting and are aware of audience demands, then no one can stop you from becoming a successful actor.”

Jaya ended the conversation saying, “I can see a huge transformation in the Odia Cinema Industry. Even though we are technically and lyrically strong, we somehow lack in making stories like before. There are very few family, story centric and documentary movies in Odia which we need to make in order to connect with today’s generation with historic things.”