The first family of Odia cinema Gour Prasad and Parbati Ghose had contributed immensely to the growth of Odia films in over five decades. Two commendable personalities of celluloid, both of them had a great passion and chemistry for acting from the time they were young. Both acted on the stage. Movies were only a natural corollary. The next move of the wife-husband team was producing and directing films and their foray into movies which heralded a new saga in Odia motion picture history. 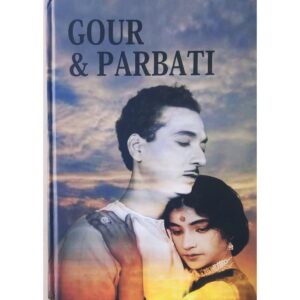 ‘Gour & Parbati’ written by Ratri Ghose Barman is not only a coffee-table book on the family, it tells their life and times in splendid detail. Published by Gour Parbati Ghose Enterprises, the book deals with the endeavor of the two celebrities and tells how they delineated Odia literature on the silver screen and the social milieu of the times gone by. The aesthetic narrative of interpersonal issues had a profound exposure in the films they made. Yet another contribution of the Ghose family was that they introduced new talents into the Odia cinema industry.

The book, besides being a cinematic journey of two of the most eminent personalities in the Odia Film Industry, brings to the readers their rise to the top as actor, producer and highlights their trials and tribulations.

Gour Prasad Ghose or Rai Gour, as he was known in the initial days, was born into an affluent Bengali family who migrated to Cuttack from West Bengal’s Bardhaman district. Gour’s mother, Sudhanshubala, came from a highly educated Bengali family of doctors and engineers from Bihar’s Danapur. The family legacy, besides natural talent, must have helped Gour Prasad to pursue a career in films. 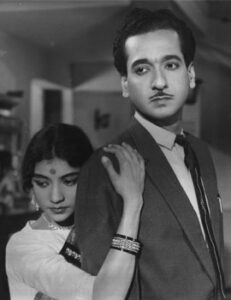 Gour Prasad acted in plays at Cuttack’s Ravenshaw College. It was during the college days he came into contact with the veterans of the Praja Socialist Party – Ashok Mehta, Aruna Asaf Ali, Ram Manohar Lohia, Jai Prakash Narayan, Banka Bihari Das, Surendra Nath Dwivedi, Biswanath Pandit and many others. This connection had a lateral impact on Gour, and his films were only the continuation of an exceptional political orientation.

Gour’s first film was ‘Sri Jagannath’ which was released in 1949. Parbati a.k.a Chapala and Chandana too made her debut (as a child artiste) in this film. It was also in Gour Prasad -produced ‘Bhai Bhai’, one of the biggest Odia hits, that Parbati came forth where she played the lead female protagonist. Parbati became an actor, director and producer as her career moved on. Her last directed film was ‘Chha Mana Atha Guntha’ based on Fakir Mohan Senapati’s epic novel.

Gour and Parbati embarked on the stage during adolescence when the Odia film industry was in a nascent stage and it was through sheer dedication they worked their way up. From acting to producing to directing films, they did it all, with full gravity and honesty. Romancing the movies brought Gour Prasad Ghose & Parbati Ghose closer. Their romance flowered as Odia films – as commercial enterprises – too bloomed.

The path was undoubtedly difficult, but their love for cinema and people’s appreciation of their work inspired them ever on. They set their own standards and defined their own course of the celluloid journey. To bring onto the screen societal issues was the nucleus of their films. Evidently, the twosome’s illustrious career was capped with many accolades.

At the heyday of their stardom, Gour and Parbati made Odisha proud by bringing home the National Award for Regional Films for three successive movies. With passage of time, they ventured into numerous television documentaries for organizations that aided to propagate social messages.

Says Ratri: ‘The notion of this book germinated from the desire to archive and substantiate their outstanding voyage. It is also aimed to inspire and motivate new upcoming talents, especially in the Odia Film Industry, with stories of the duo’s creative achievements and focused determination.’

Divided into seven chapters, the book has all that the Ghose family has done to the Odia film industry. There is an elaborate profile of Gour and Parvati. There is a section devoted to their feature films. The next chapter is on the tele films, documentaries and other audio-visual productions they had put their hands in. Then there is a complete filmography. Awards and honors constitute yet another chapter. Also, a few pages have been dedicated to the tributes paid by a large cross section of people.

What is special about the book is the hundreds of scarce and breathtaking photographs (Black & White and color) which as well tells the organic evolution of Odia films. Full of archival material, this compilation is a fitting tribute to the veteran couple. There also is a genealogy of the Ghose and Naik family. In almost a non-existent world of books on Odia films, this book fills the void by bringing out the inspirational career of Gour and Parbati.

Seasoned readers and cinema buffs of Odia films can connect every bit to the portrayal of realism and the plethora of substance found in the Ghose films. The book will also acquaint the younger generations with the vast filmography of the Ghoses. As a household effort, the book has been well documented and lavishly produced.

The entire gamut of Gour and Parbati’s career has been portrayed in this book with every minute detail. The magic of the two thespians, their allegiance to films all have been eloquently showcased through the pages of this book.