The COVID-19 pandemic hit the Indian economy at a time when it was already reeling under the shocks of demonetization and GST roll-out. The economy wasn’t robust enough to withstand another shock. Did the pandemic damage the economy beyond repair? Prasanna Mohanty’s latest book, ‘An Unkept Promise’, has answers to this question while proposing remedial measures.

The worse is not over yet. The government has unleashed a series of economic ‘reforms’ the impact of which would be felt in years to come, but it can be said that those would further weaken the economy and impoverish people by prioritising private business interests over people’s well-being. These include new farm laws, new labour codes, banking ‘reforms’ and privatisation of public sector banks and other public sector undertakings. 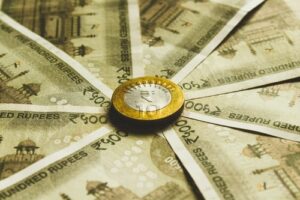 Contrary to the government’s claims, new farm laws don’t promote farmers’ interests. Rather these measures are aimed at corporatising farming by opening a parallel and unregulated market outside state governments-run Agricultural Produce Market Committee (APMC) mandis, notwithstanding the miseries, such a move brought to Bihar’s farmers after the state dismantled APMC mandis and procurements in 2006 (a small amount of procurement continues nevertheless).

The new laws also pose a risk to minimum support price (MSP) and official procurement as per official communications and recommendation of the Commission for Agricultural Costs and Prices (CACP) in its March 2020 report (detailed in the chapter on farm laws), depriving farmers of assured income for their produce, howsoever limited that coverage may be. During the negotiations with protesting farmers, the government has steadfastly refused to provide a legal guarantee for MSP at such parallel private trade (outside the APMC mandis).

Given the impoverished state of Indian farmers (22.5% of farm households living below the poverty line as the NITI Aayog report of 2017 showed; 86 per cent of farmers, who are small and marginal, own less than 2 hectares of land and there is high dependence on agriculture for employment in the country [more than 40% of total employment]), corporatization of farming poses a great threat to a large population depending on agriculture.

The new farm laws promote private business in farming and trade by pitting farmers directly against them in price negotiations and contract farming by eliminating the role of states and even courts in governing and resolving disputes in these matters. The US example has shown how it spelt doom for their small farmers. These are detailed in a separate chapter.

Similarly, the new labour codes weaken workers’ rights and interests. These codes dilute protections against arbitrary hire-and-fire by expanding the thresholds for applicability of such protections; these code further dilute health and safety protections again by expanding the threshold of protections; and add and expand contractual work by creating a new category called fixed-term employment (FTE) after withdrawing protections against converting permanent employment to short-term contract available in earlier stature; working hours have been increased from 8 hours a day to 12 hours a day and a complete ban has been imposed on strikes—all hard-won rights now stand wiped out (detailed in a separate chapter).

The only benefits for workers the new codes promise are expansions in the coverage of minimum wages and social security (SS). But these are mere promises, sans concrete plans and funds, sans universalization of coverage, sans right to equal-pay-for-equal-work and sans a raise in minimum wages, which remain 176 a day as against its internal committee’s recommendation of 375 a day.

Given the fact that 94 per cent of India’s workforce is informal, what all this means is that workers’ precarity would rise sharply. Past few years have seen disturbing trends: a sharp rise in informal workforce, a loss of salaried/regular jobs, a fall in labour force participation rate and workers’ population ratio, indicating a lack of jobs and a reverse migration of workers to low productive agriculture (APU, 2021;w Bhardwaj, 2021). 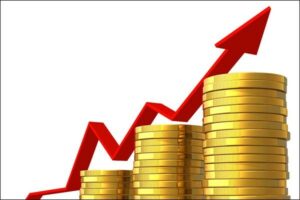 Laws that weaken financial and SS of a vast majority—be it in agriculture or factories and other establishments—wouldn’t raise productivity or propel higher economic growth. Privatization of public assets, including profitable ones, and de-nationalization of banks poses further threats to the financial stability, makes the economy prone to economic crisis and impoverishes people by allowing profit maximization of private businesses to run the economy, determine growth and development.

Privatization of public assets reduces the government’s capacity to provide employment and protections to the underprivileged (job reservations can’t be expected from private sector). The proposed de-nationalization of banks and allowing corporations to run banks are particularly fraught with risks to financial stability and equitable credit flow.

Even developed economies have made course corrections after the Great Depression of 2007–2009 by increasing public share in banking. India nationalized banks in the late 1960s and the 1970s to overcome credit constraints for SMEs, new ventures and rural economy. The lessons have been forgotten.

While private businesses are critical to growth of any economy, official statistics show that India’s private corporate sector is heavily indebted and a big loan defaulter, which has caused the current banking crisis in the first place. These are routinely written-off as non-performing assets (NPAs) of banks, which zoomed post-2014, from 63,502 crore during FY2005–FY2015 to 8.85 lakh crore during FY2015-2020, according to the RBI database.

Private businesses also need regular bailouts, tax incentives, tax holidays and tax cuts, thereby incentivizing more tax evasion. How wise would it then be to hand over hundreds of PSUs to those corporations?

…None of the arguments, however, is meant to keep the private sector out or undermine its role. It has a significant role to play but a carte blanche to it means that the Indian government is abdicating its own responsibilities to run the economy and determine India’s growth and development priorities according to the needs of the vast majority of people, not a tiny minority. It is constitutionally obliged and owes it to the citizens of this country to work for their interest, not that of private businesses. 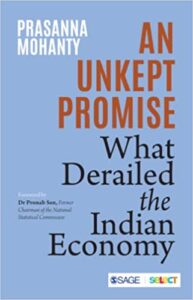 (This is an extract from the introductory chapter of the book ‘An Unkept Promise: What Derailed the Indian Economy.’ Published with permission from SAGE Publications, New Delhi)