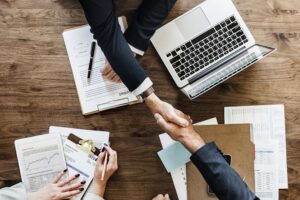 The Corporate Sector Captures the Imagination and the Reality

As India opened up and embraced the free market economy, the public-sector now branded as inefficient and corrupt was to be castigated and the corporate sector welcomed as the savior. The efficiency of our democratically elected governments henceforth were to be judged for creating required facilities to corporations, private and foreign investors.

With prosperity coming to the middle class Indians from the beginning of the last decade of the Twentieth Century, came the privatization of education and health facilities. So also the boom in real-estate transaction as every middle class family had to have at least one house of its own in the city.

To this, as expected, was followed the migration from villages to cities as construction workers, domestic-helps, fourth-grade employees in hospitals and municipalities, bus and taxi drivers, auto-rickshaw players, semi-skilled maintenance men etc. etc. So grew the slums and the authorities simply looked the other way as the political parties discovered captive vote banks in them.

Progress and urbanization was understood as the same since urban showcase became the stage on which we have decidedly chosen to enact the drama of our time. For decades after decades villages were left to decompose and die. The villagers now emulating the slum-dwellers the cultural process too was being reversed.

The Super High-Way and Road to Every Village

The super high-way of Golden-Quadrilateral with a length of 5846 kms connecting Delhi-Kolkata-Chennai-Mumbai-Delhi, the dream-project of Prime-Minister Vajpayee began in January 1999 and was completed in 2012. To this was to be linked every town and each village. And for this the Pradhan-Mantri Gramya Sadak Yojana and also the funds under MGNRGA were utilized.

Thus came the boom to the automobile manufacturing industries as every middle-class family had to own at least one car and every villager a motor-bike. Around the same time for the city dwellers air-conditioners and refrigerators became a necessity.

The Humanity as Consumer

It is quite amusing and amazing to find that this so called revolutionizing of the road connectivity in India has helped most the multinational corporate business to collect amazing wealth from the lowest-income group people of India. 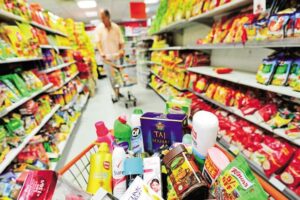 The consumer products which originally meant for the higher-income group and thus had created holy of the holy brand-names were made available in small quantity plastic pouches affordable to lowest income group people, basically slum-dwellers and villagers. It created a non-ending market chain, and again benefitting automobile manufacturers as the demand for delivery vans and pick-up trucks jumped up many folds. Today the annual sale through this ‘sasses’ or pouch market is around one lakh twenty thousand crores of rupees in India. It is 80% of the total sale of all the related products. And today the lowest income group spends thirty percent of their income in such products which was earlier spent on food, health and education.

Imagining a Consumerist India a Century Ago!

“God forbid that India should ever take to industrialization after the manner of the West. If an entire nation of 300 millions [sic] took to similar economic exploration, it would strip the world bare like locust.” In 1928 to the queries of an American writer regarding future industrialization of India Gandhiji at Sabaramati Ashram with his customary tongue-in-chick humor had told this. 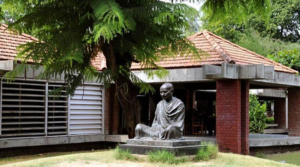 Gandhi’s experiments in the ideal of collective life with its total commitment to simplicity and self-sufficiency as opposed to unnecessary consumption and devoted to eradication of untouchability began in March 1915 with the establishment of Sabaramati Ashram. Here only all the aspects of satyagraha- truth, non-violence, moral economics, true education and an equitable social order were worked out in details. At its core it had ‘swadeshi’ and ‘swaraj’. ‘Swa’, i.e. one’s own. Thus, Swadeshi always meant localized economy and this was possible only through a close rapport with nature. Accordingly, the tools and machineries to be used must be simple and small with individuals and families as the owners.

Gandhi was not alone but also the majority of thinkers and social leaders of his time intuitively or with rigorous reasoning had come to know that the ‘universal premises of industrial civilization was a hoax; that a consumerist mode of existence obviously is unsustainable and would lead, literally, to the devouring of the planet earth.’ The 26th UN Conference of Parties (COP-26) in Glasgow from 31st October to 13th November, unfortunately ended without much hope to offer. In the words of the author Amitabh Ghosh who has been writing on the issue persistently, “…..this particular meeting (COP-26), in a sense, it failed even before it began.” Scientists too are being disappointed with the progress. James Hansen, the former NASA researcher whose testimony to US Congress in 1988 on human caused global warming was greatly influential has called COP-26 conference ‘a gas bag session’ as non of the leaders of the powerful countries seemed to be willing to talk about the gravity of the situation.

Prior to the summit there was a frantic attempt by western countries to have most countries agree on a net zero emission goal by 2050. But India and China were successful in shifting the zero emission agreement to 2070 and 2060 respectively. In this regard The Hindu in an editorial has said that “The target year 2070 is far from 2050, by when scientific consensus says, emissions must decline to zero for earth to have a fighting chance to keep temperatures at manageable levels. So India, now the third highest emitter of carbon dioxide, giving itself a 50-year deadline will unlikely help prevent temperatures from rising beyond the danger mark.”

Nevertheless, at COP-26 conference the most powerful phrase was uttered by Prime Minister Modi –  “Lifestyle for Environment (LIFE)”. 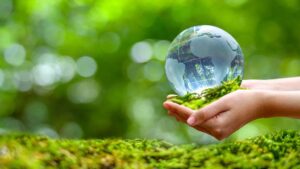 But are there now really the people and the leaders of people who has enough truth in them to be able to listen what the earth speaks and conduct their lives accordingly!

We know with enough evidence that the lifestyle of well-to-do urban families following an unchecked consumption habit determine and accelerate the increase of emissions of carbon dioxide. Same time those millions of forest-dwellers and tribal communities whose lifestyle has always followed the flows of nature were being systematically ignored and rendered voiceless and powerless by our currency driven, carbon accumulating civilization.

India at COP-26 conference has even refused to join over 110 countries in a declaration to end deforestation by 2030.

It seems as we are proudly busy in eulogizing our civilization, the earth might have taken her own destiny on to her hands…

(The author is a poet, spiritualist and development professional)