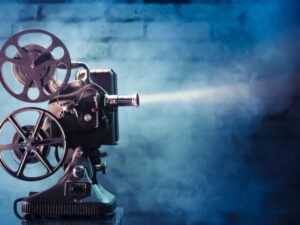 Today, as is everywhere, technology has taken a front seat in leading the day-to-day life, more so in film making in packaging a story in Odisha too. The outcome is often glossy, stylized and eye catching. However, the content of the package is weak for which the Odia film goers, particularly the younger generations are largely disappointed.

But, when we look back a little over the last eight-and-half-decade time span of film making in Odisha, things may seem indistinct, yet it gives a clear impression of unique Odia identity.

The release of the first Odia talkie ‘Sita Bibah’ by Mohan Sundar Deb Goswami on 28th April 1936 was a defining moment for ethnic film movement and added a new dimension to the expression of local identity. It had just been preceded by the formation of nationhood in the linguistic lines on 1st April in the same year, after long years of struggle. It was a precursor to the linguistic based nation states in the later years in Indian polity.

Just a week before the historic 1st April, the twelve-reeled first print of ‘Sita Bibah’ was already completed on 25th March and was shown in the touring cinema in Calcutta on 29th March. However, the film, made with a meager budget of Rupees 29,781 and 10 annas, was formally released in Orissa (as was known then) at Laxmitalkie Cinema in Puri on 28th April.

The second Odia film, ‘Lalita’, was made in 1949 and till the beginning of the sixties only a dozen films were made. If we take a quantitative view of film productions in a single year, the number of films produced was increased from single digit in the earlier years to double digits in the later time. However, in the following decade only a handful of films like ‘ShriJagannath’ (1950), ‘Aamari Gan Jhua’ (1953), ‘Kedar Gouri’ (1954), ‘Bhai Bhai’ (1956) and ‘Mahalakshmi Puja’ (1959) and few other were made.

During the eighties, the artistic and aesthetic excellence of Odia cinema catapulted itself to national and international arena. In 1984 Nirad Mohapatra’s ‘Maya Miriga’ was considered to be the Second Best Film at National Level to get the National Award for 1983, and also qualified to be an official entry in various international film festivals. However, it took seven long years to bask in the national recognition with ‘Aadi Mimansa’ (1991) by Apurba Kishore Bir which bagged the national Award as the best film on national integration at national level. In 1994, Susant Misra’s ‘Indradhanura Chhai’ received the Jury’s Special Mention at the national level for 1993, and the following year, made it to the competitive section of ‘Un-Certain Regard’ of Cannes Film Festival followed by  its winning of the ‘Grand Prix’ at SOCHI International Film festival, Russia (1995).

The acting prowess in Odia films had been abysmally low ever since to get any national recognition until 1986, when for the first ever time Manjula Kuanra bagged the Best Supporting Actress award for her realistic enactment in Prafulla Mohanty’s ‘Bhanga Silata’ (1986). Subsequently, Prakruti Mishra got a Special mention for her powerful, yet lucid embodiment as the female lead in Sambit Mohanty’s ‘Hello Arsi’ (2017). In between, Tara Shankar Mishra received the National Award as the best Child Artist for his acting talent in A. K. Bir’s ‘Lavanya Preeti’ (1993), and the film had been the one and only so far to bag the National Award as the Best Children Film of the country.

It was only Sambit Mohanty who could break the ice by bagging the Best Screenplay (Dialogue) award for ‘Hello Arsi’ – it was the only award for Odia films at national level in screenplay writing categories till date.

Getting entry into Indian Panorama is a touch stone for making the presence felt in the national arena. Manmohan Mohapatra’s ‘Sitarati’ has made it for the first time to the Indian Panorama in 1983 and the other directors those who have made it to the exalted pantheon were Nirad Mohapatra, Sagir Ahmed, Biplab Roy Choudhury, A. K. Bir, Susant Misra, Bijay Ketan Mishra, Prafulla Mohanty, Raju Mishra, Sudhanshu Sahu, Sabyasachi Mohapatra and Amartya Bhattacharya, etc. to name a few.

When there was a lean period in film viewing during the mid-seventies Prashanta Nanda’s ‘Sesha Shrabana’ (1976) and Sadhu Meher’s ‘Abhiman’ (1977) brought people back to the cinema halls. However, if we consider the singular contribution of any director to the body of Odia films, the foremost name that comes to mind is of Prashanta Nanda, followed by Nitai Palit, Prafulla Sengupta and Biplab Ray Choudhury. But if we combine quantity with qualitative and aesthetic aspects, Manmohan Mohapatra towers above the rest.

Raju Mishra, the most accomplished cinematographer who was trained in the Film and Television Institute of India (FTII) took over the mantle of the Odia commercial film productions in the late 1980s and ruled the roost as a director-cinematographer over next one and half decade in the industry. The Odia commercial film with the touch of the magic wand of Raju Mishra transformed the so called Odia commercial films from dull, slow and uninteresting narrative to high paced, warm and colourful flicks having interesting dramatic progression to become a truly popular genre. However, many of his disciples and contemporaries without having his talent degraded the standard of Odia films with borrowed or copied story line from films from elsewhere having melodramatic overtures.

Song and music have had a significant presence in Odia cinema. In the first cinema ‘Sita Bibah’ there were a total of 14 songs, all emanating from the native folk singing style, and were sung by the artists themselves accompanied by traditional musical instruments. However, in ‘Lalita’, the background singing was initiated under the guidance of music directors Gouri Goswami and Suren Pal, and lyrics were specially written by Kabichndra Kali Charan Pattnaik. In the third film ‘Sri Jagannath’ (1950) there were four background singers with music direction jointly by Ranjit Ray and Balakrushna Das. In 1959 Akshay Monhanty made his debut in ‘Maa’ as a background singer with music direction by Bhubaneswar Mishra. Another background singer Sikander Alam made his foray in ‘Suryamukhi’ (1963). Narayan Prasad Singh and Debdas Chhotray made their maiden appearance in ‘Nuabou’ (1962) and ‘Ka’ (1967) respectively as lyricists. Until this period, songs and music were totally based on traditional and Deshiya Ragas.

Prafulla Sengupta’s ‘Arundhati’ in 1967 was a milestone in Odia film song tradition as Mohammadd Rafi and Lata Mangeshkar rendered solo songs by humming immortal lines like ‘‘Mayurigo Tuma Aakashe Mu Dine mallhare Megha Saajili’’ (“I was once music in clouds, you danced gleefully with…”) and ‘‘Aaji Mu Shrabani, Luhara Harini’’ (“Today I’m like the rainy seasons, like the deer who cries…”) of lyricist Jibanananda Pani under music direction by Shantanu Mohapatra.

In the first decade of the current century Odia film song and music was very bright in the hands of music directors like Malay Mishra and Bikash Das, who have proved their ability in musical hits like ‘Neijaare Megha Mate’ and ‘Aji Akashe Ki Ranga Lagila’ respectively. Now, there has been a bandwagon of young and upcoming musical talents who have been working relentlessly on digital platforms and bringing out music videos on regular basis to woo the audiences of young generation.

While in the initial phase the thematic story lines were invariably based on mythology, they gradually turned to socially relevant themes starting from ‘Amari Gaan Jhua’ (1953) and ‘Bhai Bhai’ (1956) onwards. During the sixties films like ‘Manikajodi’, ‘Amada Bata’, ‘Abhinetri’, ‘Malajanha’, ‘Matira Manisha’ and ‘Adina Megha’, etc. were based on highly appreciated literary works. Both in the sixties and the seventies, women were the central characters in Odia cinema depicting their agony, happiness, emotions and inner-beings leading to tear-jerkers raking in box office mullahs.

On the other hand, as far as the non-fiction films are concerned Odia filmmakers are not very far behind, though not with much of quantity but with the qualitative parameters, they have been able to make a dent at the national and international levels. The trend was initiated by Ghanshyam Mohapatra with his documentary film titled ‘Odisi Dance’ being produced by Films Division in 1972. The film remains as a valuable documentation of the Classical Odisi Dance disseminating the very basics of the repertoire.

With this enriched history of Odia films spanning a little over 85 years has no doubt undergone a considerable thematic and stylistic transformations. With the new age technological application the serious new generation Odia filmmakers with strong thematic content, one can really hope, will surely make Odisha as a major film-making center in the country, may be within a decade or so.