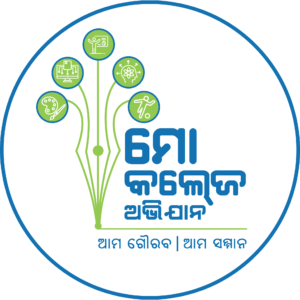 There is no dearth of features that makes Naveen Patnaik an incredible statesman with a lot to learn from. But, displaying immaculate adeptness at identifying the most pressing issues that plague our society has to be that one quality which still shines brighter than the other admirable ones. May it be his dedication towards elevating Odisha’s profile to heights hitherto unimagined, by harnessing the potential sporting talent in this state, devising policies that contribute towards mitigating the looming climate catastrophe that dawned upon us decades back, enhancing tourism in the state or showcasing utmost preparedness in appositely responding to the frequent natural disasters that ravage our state.

Among this not-so exhaustive list of things, the Government’s recent Mo College Initiative has highlighted yet again that Odisha is in extremely safe hands. On October 27, 2021, under the umbrella of the Government’s 5T initiative, specifically under the “Mo College Abhijan”, Patnaik released the first tranche of matching grants amounting to Rs. 1.5 Crore to 12 Colleges and 2 Universities. To put it simply, this initiative will entirely transform the college ecosystem in the state by providing state-of-the-art campuses, classrooms, laboratories, and various more kinds of infrastructural and non-infrastructural amenities that would pave the way for better-equipped professionals with unprecedented exposure to take over in the future. 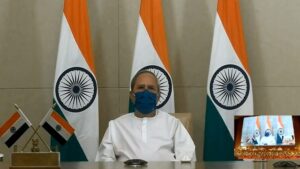 No matter one’s ideological inclinations or political beliefs, one thing that most would agree on is that education is a primary fundamental right for citizens and without an educated citizenry, a country cannot tread seamlessly on the path of development, which is more often than not the ultimate goal that governments pursue. India has indisputably covered considerable ground on most fronts in recent decades to become one of the emerging global powers to reckon with, but the scenario remains quite grim when it comes to education in this country.

The All India Higher Education Survey 2019-20 showed that in context of India’s 1.3 billion population, only a paltry 38.5 million were enrolled in higher education. While there was a gender balance in the enrollment with 19.6 million males and 18.9 million female students unlike in most aspects when it comes to India, the low enrollment in totality is quite concerning and definitely needs a major boost in the years to come. Barring several societal constraints, in a middle-income country like India, one of the main reasons driving this is how quality of education and levels of exposure are viewed as substandard in a lot of higher education institutions in light of the monetary investments. An initiative like this is bound to change that over the course of time and resultantly facilitate the process of building a highly educated populace. 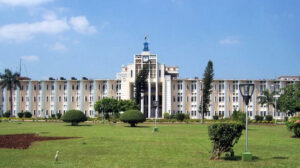 At the launch of the Mo College initiative, Patnaik said that he drew inspiration for Mo College from the success of the previously introduced and ongoing Mo-School initiative that aimed at transforming schools in the state under the Government’s 5T scheme. The Odisha government’s valiant efforts, with Chief Minister Naveen Patnaik at the heart of it as usual, to transform every level of education beginning from primary until at the top-most level is nothing short of revolutionary is unheard in this country. This undoubtedly has the potential to blossom into a model that could be emulated by other states within India and even across the developing world where lack of education has prevailed as a prolonged societal and developmental issue.