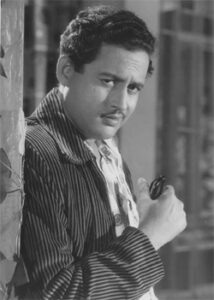 In the early hours of 10th October 1964, Guru Dutt left for his heavenly abode; a death that continues to be a mystery and haunts all Guru Dutt lovers and the Bombay film industry.  While history depicts family feud as the key reason for his death, it is unbelievable that a creative genius like Guru Dutt could take his life just because his wife refused him the custody of his daughter. The pain and anguish of getting separated from his beloved daughter could have been an immediate trigger but piles of creative and intellectual frustrations could have most likely pushed him to unleash the ultimate war on self.

To say that Guru Dutt was an outstanding filmmaker would be an understatement. He was truly a magician and his celluloid creations were Victorian poetry represented on screen!. Whether it was the technical brilliance of Baazi (1951), the crafty use of light and shade depicting human moods in Kagaz ke Phool (1959) or the skilled use of silence to present emotional turmoil in Saheb Bibi Aur Ghulam (1962); Guru Dutt excelled in all aspects of film making. No surprise, even after six decades of his death, succeeding generations revere Guru Dutt as a film maker par excellence – an entertainer, a philosopher, a humanist and a reformist; who presented his narratives largely from a subaltern perspective. 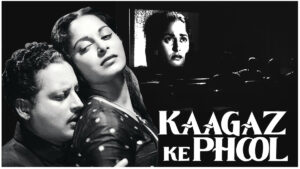 While his contemporaries like Raj Kapoor relied more on socialist narratives with a post-war Chaplin flavour, Guru Dutt was more focused on predicaments of human relationships, on the unhappy conscious and on layers of suppressed internal conflicts. What was striking in Guru Dutt’s creations is the co-existence of two separate worlds with two sets of competing value systems. While his narrations are not judgemental of the value systems; it creates space for juxtaposition of good and evil that are necessarily not at war with each other. 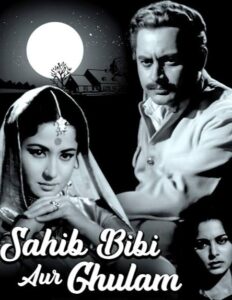 The climax scene in his masterpiece Pyaasa (1957) depicts how Vijay, the protagonist denounces the hypocritical social order not by transforming it but by refusing to be part of it. What’s the use of conquering a world filled with hypocrisy, fraud and lies? Sahir with his strongest and intense sarcasm grounds Guru Dutt’s thoughts in his epic rendition, ‘yeh duniya agar mil bhi jaye to kya hey.’ Vijay with Gulabo brave a search for a just world leaving the world of lies for those who created it….tumahri hey tum hi sambhalo yeh duniya’. A conventional climax would have been presenting a narrative of ‘good’ triumphing over ‘evil’. But what makes Guru Dutt immortal was his refusal to offer short term and populist solutions to deep rooted social anomalies. 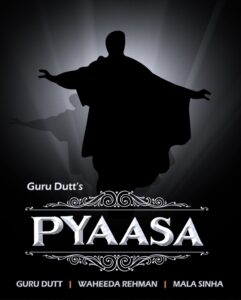 Being a skilled choreographer who grew under the tutelage of Uday Shankar; Guru Dutt always reserved the best part of his heart for his music. It was in fact Uday Shankar who rechristened Vasanth Kumar Sivshankar Padukone as Guru Dutt, a name that film history records as an epitome of sensitivity. Guru Dutt’s music was not only an extension of his narrative but presented layered set of competing emotions.  One such heart-wrenching moment I cannot but refer to, is from Saheb Bibi Aur Ghulam, when Bhootnath, the confused country yokel wakes up to an eerie midnight melancholic humming Choti Bohu with the intimidating lonely haveli (mansion) on the backdrop and the tanga (cart pulled by a horse) carrying her aiyash zamindar husband.

Guru Dutt used long shots to convey ‘distance’; emotional distance between man and wife and class distance between the common man and the falling zamindary. The style of shot taking and the song ‘koi door se awaaz de chale aao, in unison; perfectly matched to communicate a deep sense of distance and anguish. The haveli is portrayed as a character that stands as an intergenerational witness to the ups and downs of Zamindary.

What is perfect for a perfectionist? A state of perfection is probably non-existent for a perfectionist. Guru Dutt’s penchant for details was unparallel. He exactly knew that Mala Sinha would best bring out the subdued emotions as Meena in Pyaasa while Meena Kumari as Choti Bohu would be matchless in bringing out the pain of desertion and melancholy in SBAG. Kaifi Azmi’s tryst with Guru Dutt while gathering words for the legendary song, ‘waqt ne kiya kya haseen sitam’ is well known and so is its high order technical representation. 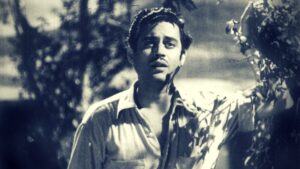 Guru Dutt’s creative brilliance had made him restless, and granted him patience that was short lived, a short span of concentration on anything that he did. His friends observed that while he would be deeply engrossed in one script, he would be navigating his next idea.

Marvels like Guru Dutt are diehard narcissists, who are completely submerged in their own creations. It appeared that Guru Dutt had created his own world and characters therein where he not only interacted with these imaginary characters but lived in them. His ideal world reflecting a just society and moralistic value system transcended into the reel within characters, which became the source of conflict in his real life.

Beginning of the End

Guru Dutt developed a strong sense of self-doubt with the failure of ‘Kagaz ke Phool; a film on which he almost invested his life and fortune that crashed at the box office. While he consoled himself by believing that the film was well ahead of its time; critics and viewers, however, had an entirely different and rather hostile opinion. The self-doubt most likely made him consider a break for which he probably didn’t want to direct his next venture, Saheb Bibi Aur Ghulam. Abrar Alvi, his trusted friend and associate, whom Guru Dutt offered the responsibility of directing SBAG reveals about Guru Dutt’s impatience and positive indulgence during its making. His insecurities were evident from his insistence to shoot all the songs of SBAG that he eventually did. 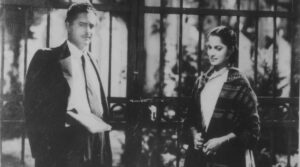 Guru Dutt died at a very young age of 39 years. By that age, he not only had positioned himself in the international celluloid map but back home was already being regarded as the ‘film maker of the century’. He was placed in a pedestal where he found none other than himself. What appears to have remained unanswered is ‘what was left for him to achieve?’  As windows of success keep opening, crafty creators like Guru Dutt are likely to move their goal posts fast by setting up very high standards that at times becomes impossible to achieve, thereby, inviting creative and emotional setbacks, which are hard to handle. 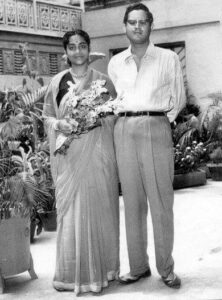 On the 10thmorning, the living room door was broken into find the genius sleeping quietly on his bed. A wooden Geeta Dutt stood to remember his last words the previous night, if you don’t send her now, you will see my dead body tomorrow’.