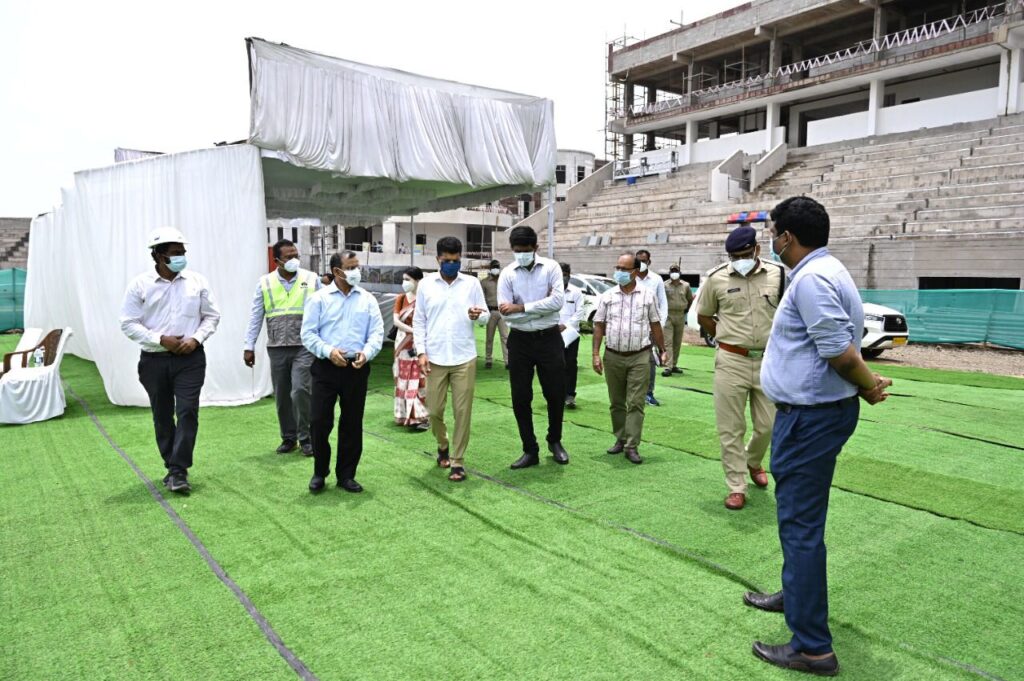 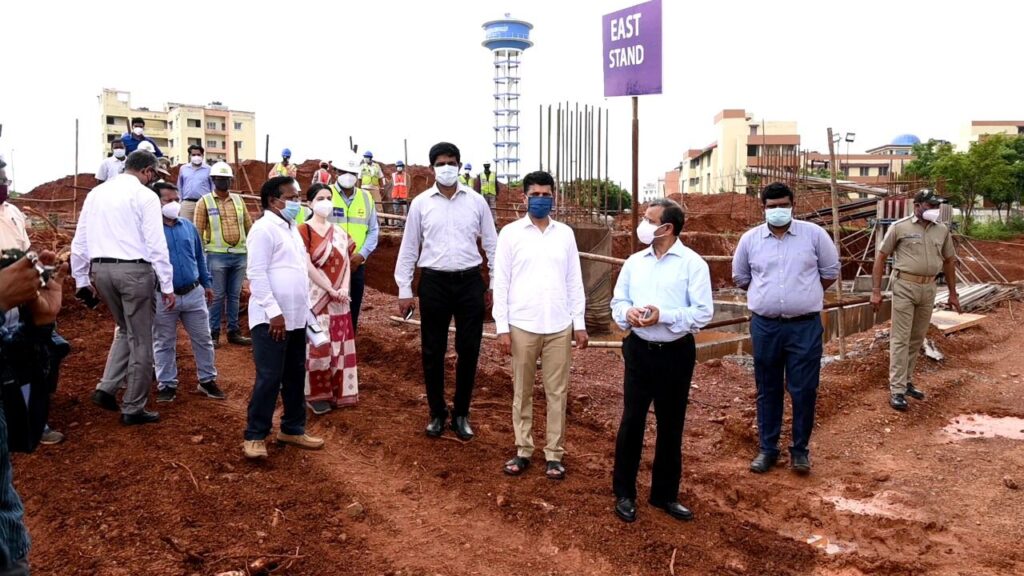 Construction of the Birsa Munda International Hockey Stadium is scheduled to be complete by July 2022 while work on the Biju Patnaik Indoor Stadium is in its last leg. 400 meter athletic track and football stadium is being added to the under construction Birsa Munda Stadium at Rourkela. The facility will also house a multi level car park and swimming pool among other facilities.

The State Government has targeted to finish all the construction work in Rourkela ahead of the Men’s Hockey World Cup 2023. Likewise, the expansion of Rourkela airport is being done by the Airports Authority of India (AAI). A terminal building will also be constructed at Rourkela airport by May 2022, informed the Chief Secretary. 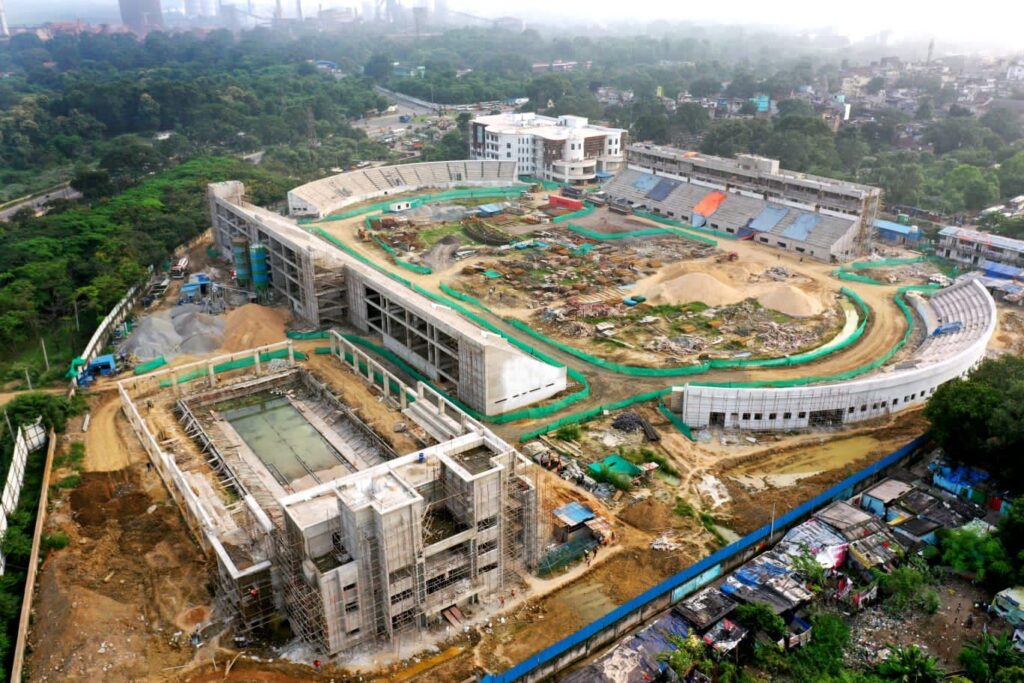 The government has undertaken an Affordable Housing Project towards rehabilitation of slum dwellers in Smartcity Rourkela. The high level team visited the project site where over 3000 houses are being built under Rourkela Municipal Corporation.  The high level team also toured the Science Park and Planetarium at Chhend to promote a scientific temper and inquisitive spirit among students.

The Chief Secretary and 5T Secretary then reviewed the preparedness and health infra at Rourkela for a possible 3rd COVID wave. The Chief Secretary informed that the JP Hospital has been converted to a Govt COVID hospital and the NTPC COVID Health Centre is also ready for the third wave. 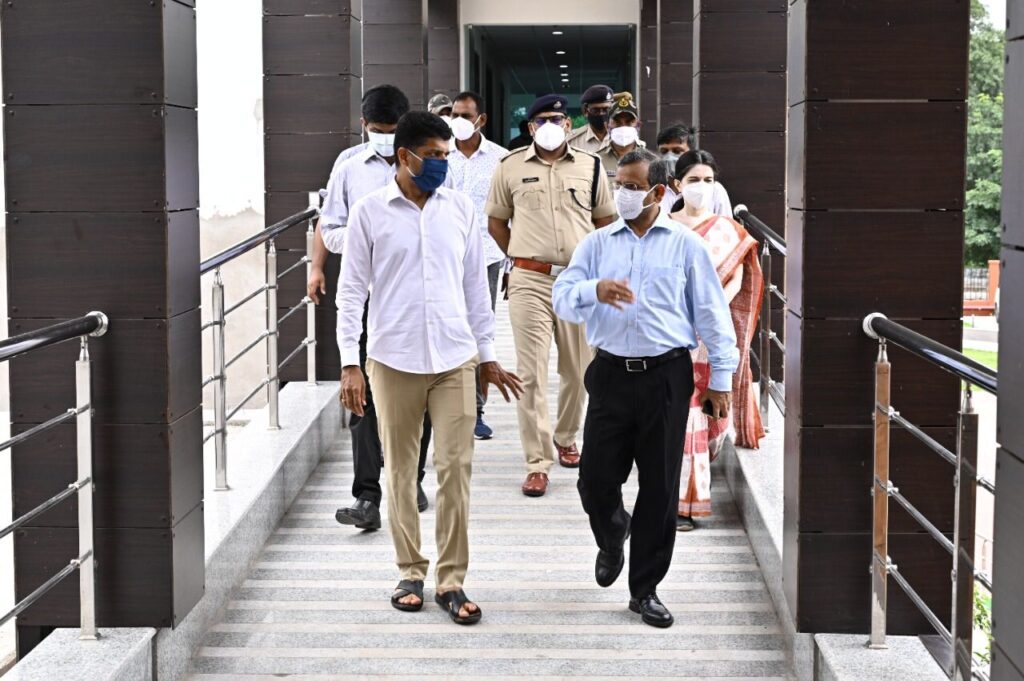 The 2023 Men’s Hockey World Cup will be co-hosted by Kalinga Stadium Bhubaneswar and Birsa Munda International Hockey Stadium Rourkela. The Birsa Munda International Hockey Stadium has 20,000 spectators capacity, the largest in India. Similarly, for the promotion of Badminton and Lawn Tennis, 3 indoor Badminton courts, lawn tennis court and gymnasium for fitness of players have been constructed at Biju Patnaik Indoor Stadium at Panposh. These modern sports facilities are going to establish Rourkela as a major Sports Hub in the coming days.