Deadly cancerous cells now have a fitting foe. Nusrat Sanghamitra’s ‘CyGenica’, has opened up a new front in the continuing human battle against cancer – aiming to make cancer care more effective as well as less painful for patients. 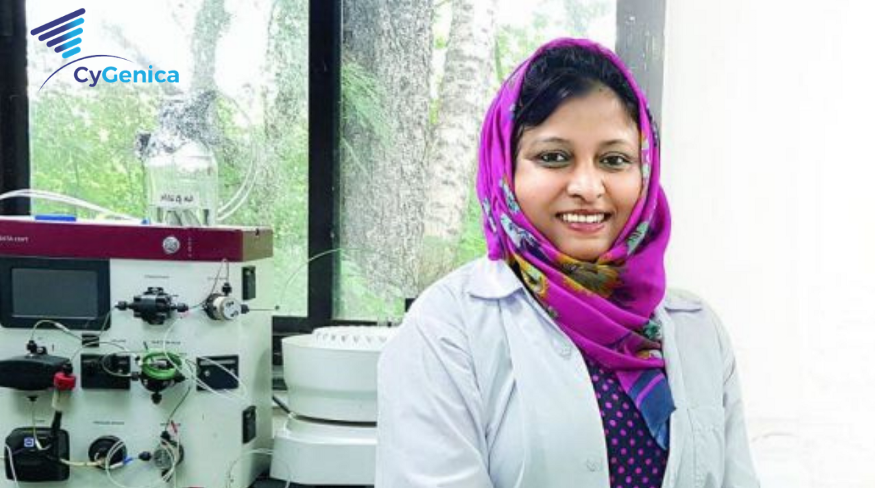 This prized warrior against cancer hails from a middleclass family of Odisha’s Balasore. Her journey from the small town of Soro to lead as the CEO & CSO of CyGenica speaks of the struggle she has been through to subdue cancer cells.

While she was doing her PhD, Nusrat’s father was diagnosed with cancer. The hardship and pain that her family faced bore a deep mark in Nusrat’s mind. From her childhood, Nusrat had aimed to become a doctor. But fate had other plans. While she could not become a doctor – she was not deterred her from her mission to fight cancer.

Nusrat is a valuable inspiration for the new generation and students who aspire to become entrepreneurs in the future. Startup Story by OdishaLIVE, a monthly web series hosted by Subroto Bagchi, Chairman, Odisha Skill Development Authority (OSDA) presents the powerful story of Nusrat in the fourth episode of the show. During his candid and entertaining interview, Mr Bagchi has thrown light on the life, family, education, aspirations, struggles and achievements of this young innovator. 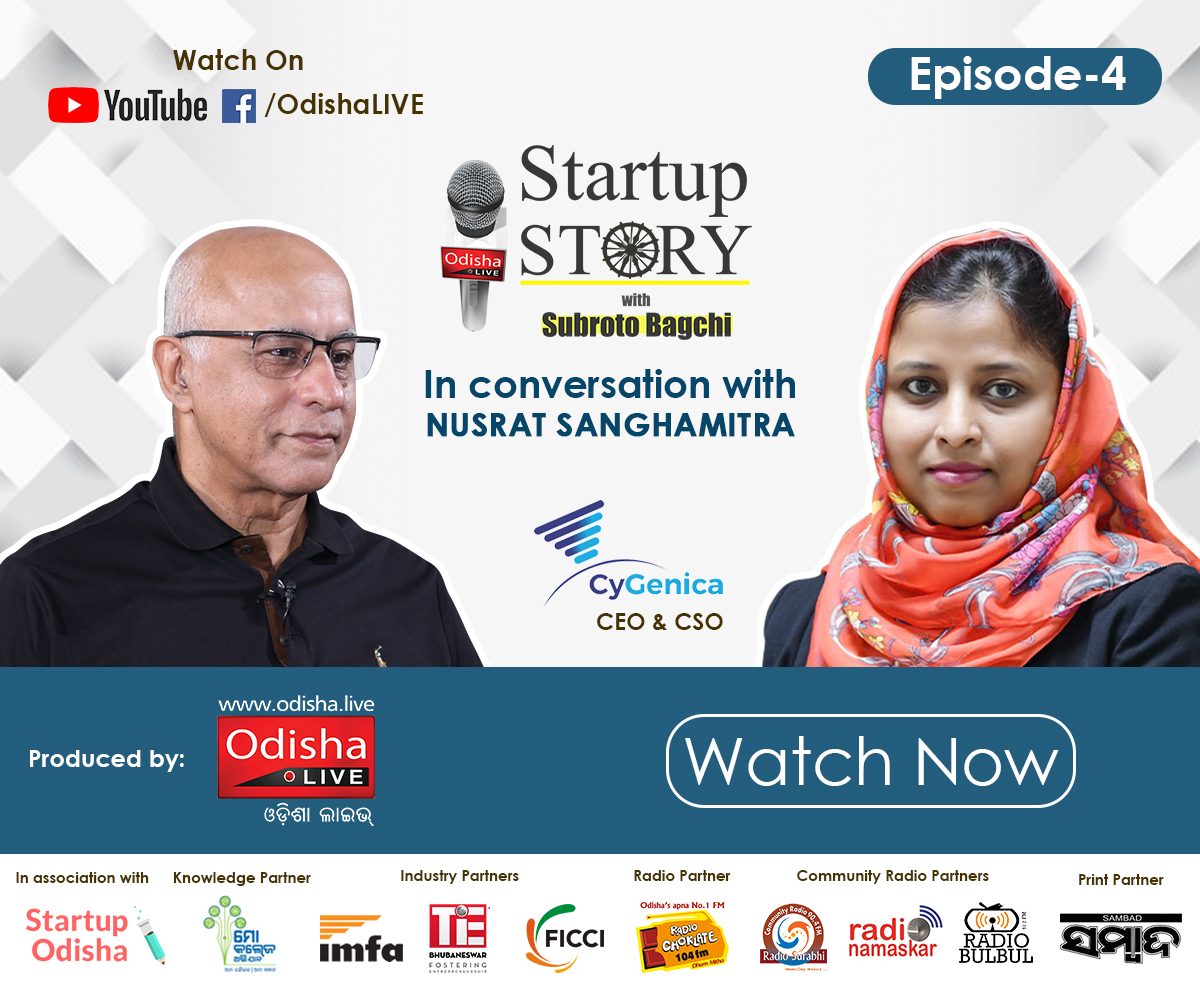 Failing to get admitted in any medical college, Nusrat preferred to master chemistry and biotechnology instead. She knew that biotechnology could be a path of to contribute towards developing against cancer. Biotechnological means to strengthen the fight against cancer became her passion and field of research. She had started her journey as a young entrepreneur from the KIIT TBI, the Technology Business Incubator set up by KIIT University, Bhubaneswar.

Ensuring drug delivery to the affected cells is a big challenge during cancer and genetic therapies. According to Nusrat, the ground breaking technology developed by her, functions just like a universal USB drive. It serves as a nanomachine that can deliver varieties of cargoes carrying molecular information in an efficient, targeted manner to the concerned cells without any toxicity and minimum immunogenicity.  It can be a great support for drugs and genetic therapeutics delivery. Nusrat’s findings are expected to revolutionize drug delivery leading to better patient recovery without complications. 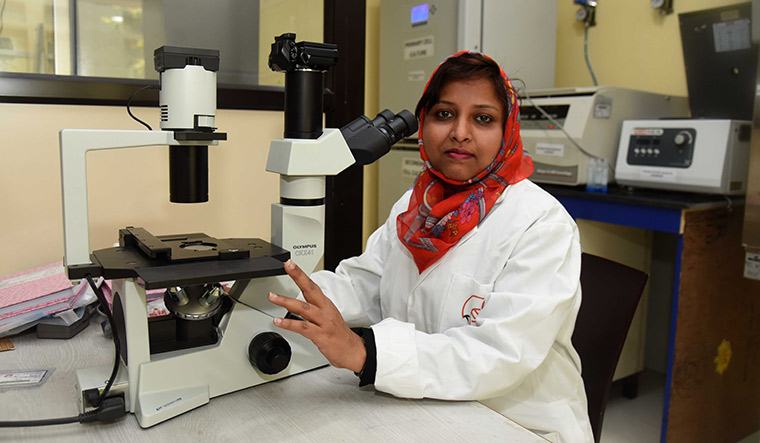 Nusrat’s research will surely ease pain of side-effects for cancer patients undergoing chemotherapy. A portion of drugs used to kill cancerous cells during chemotherapy remain left out in some other cells of the human body. These toxins affect healthy cells in the body. Nusrat’s new drug delivery system reduces these side-effects of chemotherapy.

Nusrat’s startup CyGenica has raised USD $1.4 million in a seed fund investment round, from an Irish fund led by global venture capital investor SOSV. This funding will support the company accelerate validation of licensing of its technology.

‘Startup Story’, produced by a leading digital platform OdishaLIVE, in association with ‘Startup Odisha’, the startup promotion arm of MSME department, Government of Odisha, showcases the journey of young and innovative Odia entrepreneurs. ‘Mo College Abhijan’, the autonomous organization under Higher Education Department, Govt. of Odisha, has been a part of this initiative as a ‘Knowledge Partner’. 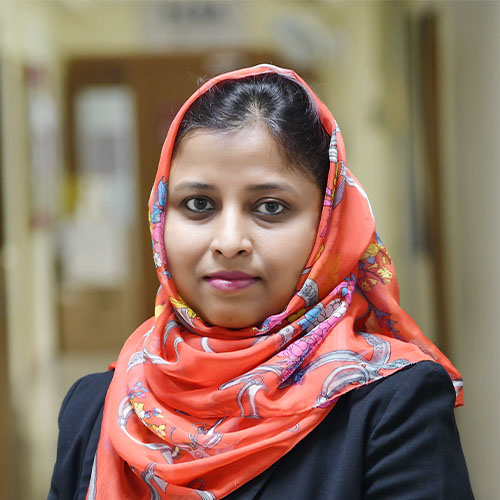 An abridged version of each of these interviews is being published in the Sunday supplement of the ‘Sambad’ newspaper as well as its news portal, which is a partner of this show.

‘Startup Story’ industry partners include major names like the IMFA, TiE Bhubaneswar and FICCI. ‘Radio Chocolate’ 104 FM joins as a partner of the media initiative and carries the full length interview in its broadcasts. Similarly, the programme reaches out to the audience of various areas in Odisha through community radio broadcasts with partners like ‘Radio Namaskar’, ‘Radio Surabhi’ and Radio Bulbul’.

Come and discover the archives for inspiring stories of Odia start-ups like that of Nusrat’s that can change life of any aspiring youngster.