On the day of Independence of India, Gandhiji was at Baliaghata, the neighborhood of a Muslim basti in Calcutta. He had reached Calcutta on 8th August 1947 as he was to reach Noakhalli in East-Bengal before 15 August so that no untoward happening once again hit the region. But once again violence had erupted in Calcutta and he was persuaded to continue his presence until normalcy returns back. 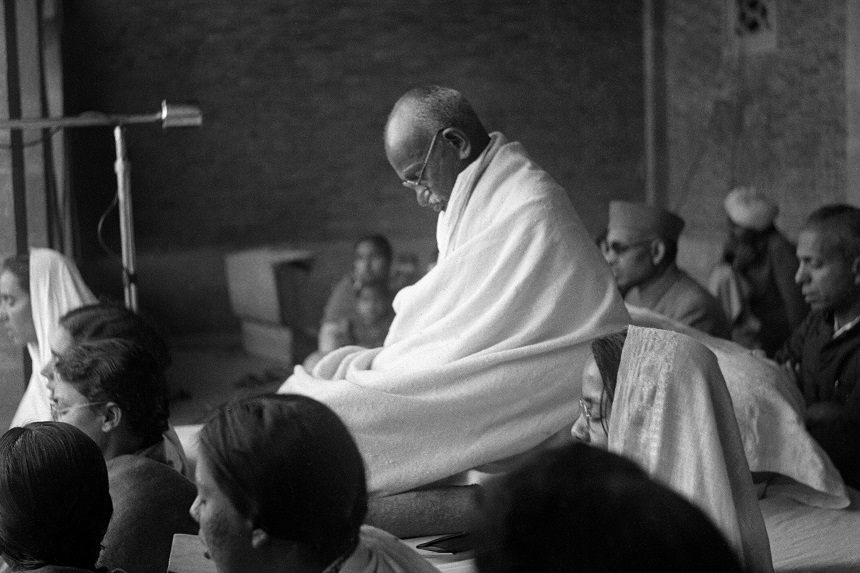 In observance of the Independence Day Gandhiji had started his one day fast. The new Governor of the Province of Bengal, C.Rajgopalachari, paid him a respectful visit. Rajaji congratulated him for the ‘’miracle which he had wrought’’, that was achieving independence through the method of non-violence. But Gandhiji replied that he could not be satisfied until Hindus and Muslims felt safe in one another’s company and returned to their homes to live as before.

It has been exactly one year, from 16 August 1946, with the Muslim League’s declaration of the Direct Action Day, the entire north India was pulled into the terrible vortex of communal violence of an unprecedented scale. It started from Calcutta on 16th August 1946, touching Bombay from 1st September, spreading to Noakhalli in east-Bengal from 10th October, Bihar on 25th October, Gurmukteswar region of U.P in November and finally engulfing Punjab and North-West Province from March 1947 onwards. 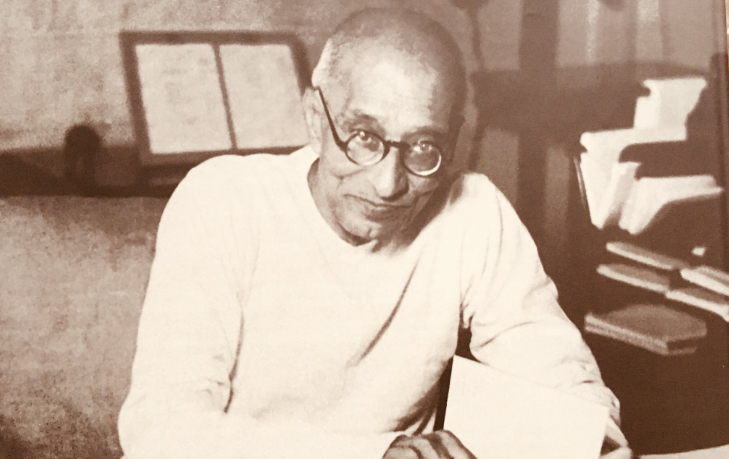 According the official estimate of the time approximately 120,000 were killed and six million Muslims and four and half million Hindus and Sikhs were rendered refugees. What were the exact combinations of causes and actual mechanics of the communal horror will probably never be fully known. Gandhiji did not have any clear answer. He never could believe that partition of India was historically inevitable.

From the dimensions of horror he drew the lesson that his lifelong faith of non-violence was on trial as never before. In the last week of November 1946, before leaving for the riot torn Bengal, Gandhiji told the inmates of Sevagram that this time he might never return back to the Ashram. On 5th December he told Dr. N.K.Bose, his secretary during his Bengal days that, ‘’My own doctrine (of Non-Violence) was failing. I do not want to die a failure, but a successful man. But it may be that I may die a failure.’’

So, it is not entirely preposterous to think that there were certain premonitions of death already with him soon after his leaving Sevagram  Ashram. During the months he moved almost all alone from village to village in riot torn East-Bengal, Gandhiji along with his duties and responsibility as the foremost leader of the country was becoming acutely conscious of his origin as a man. 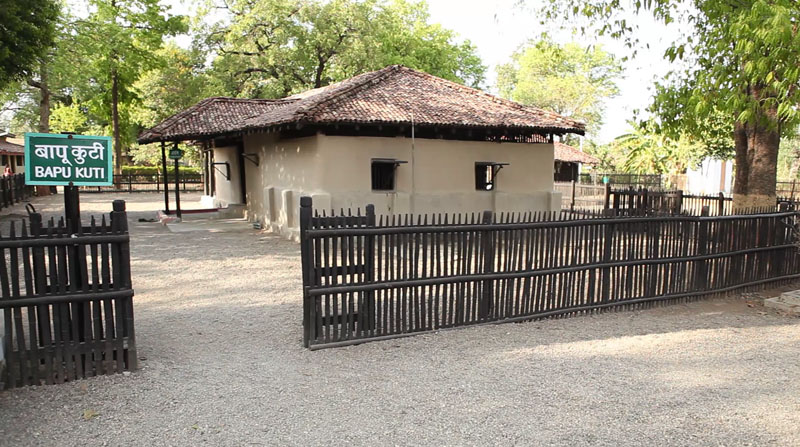 On 5th December 1946 answering to the queries of Dr. Bose regarding religion and faith he also had told that, ‘’I have been born a Hindu and I shall die a Hindu, a Sanatani Hindu. If there is salvation for me, it must be as a Hindu. Hinduism absorbs the best in other religions, and there is scope for expansion in it.’’

It has been many years since the Muslim League was using distorted conceptions and bluntest lies to mobilize the support of illiterate and simple minded vast Muslim population and Gandhiji’s use of symbols like ‘Ramarajya’,  ‘swadeshi’ etc. were opportunities for it to paint him as the agent of Hindu supremacy. Same time for Hindu Mahasabha he always has been the spokes person for the Muslim interests. Finally a time had come when the majority of Congress leaders had began to believe that the partition of India was an inevitable fact.

Accordingly, from 1945, high level bargains and tortuous negotiations were considered as priorities and Gandhiji was increasingly pushed to the back seats in Congress itself. So, in January 1947, when he was walking barefoot from village to village in hostile Muslim dominated Noakhalli region he was virtually all alone. It was so that every morning Gandhiji began his lone old man’s marching singing Rabindranath’s song ‘If there is non to heed your call, walk alone, walk alone….’ In seven weeks he visited 47 villages and had covered 116 miles. 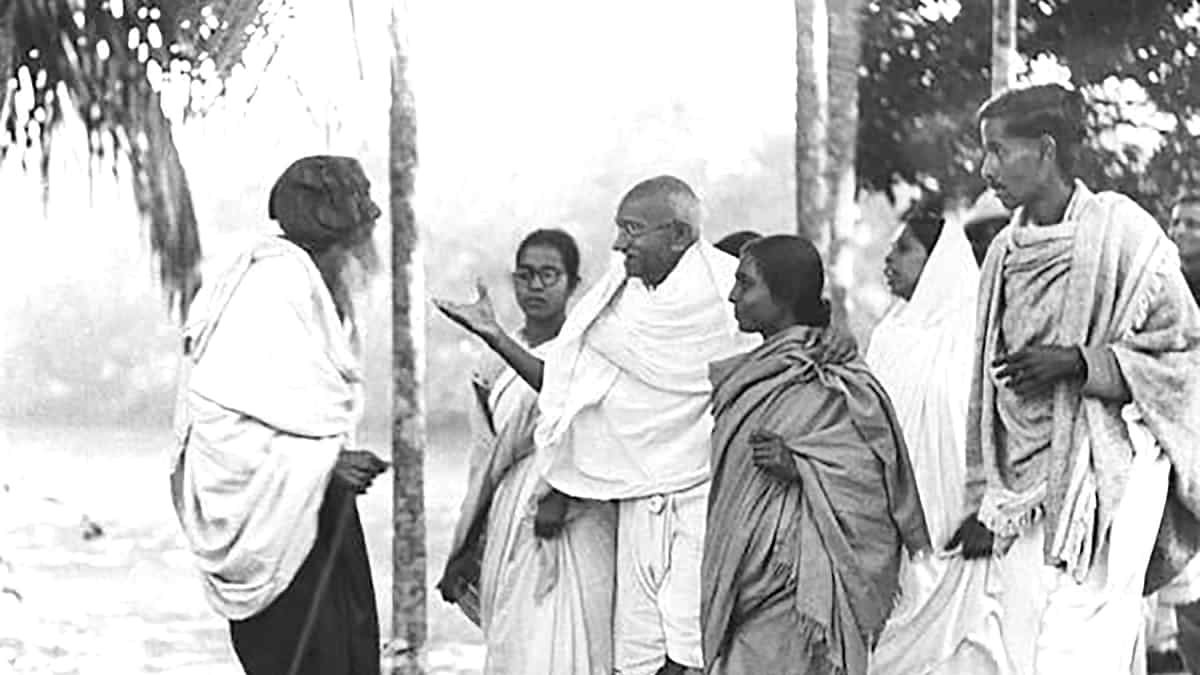 Gandhiji has been increasingly becoming assured that his lifelong striving to make satyagraha, adherence to truth, as the very premises of politics has been entirely defeated. Now his first hand experience of communal violence made him realize that ‘’…..what I had mistaken for ahimsa was not ahimsa…..the proper way to view the present outburst of violence…..is to recognize that the techniques of unconquerable non-violence of the strong has not been discovered yet’’.

The communal violence that had once again erupted in Calcutta on 31st August was halted abruptly by Gandhiji’s fast on to death from 1st to 4th September 1947 and he desired to move to riot torn Punjab. But riot had began in Delhi as Hindus were out to take revenge for Punjab. Prime Minister Pandit Nehru sent an urgent message that “the time has not come for you to visit Punjab…..your presence in  Delhi very desirable so as to…..advice us.’’ Gandhiji’s reply was abrupt and revealing.

“If I am not going to the Punjab, would I be of much use in Delhi as an advisor or consultant? I fancy I am not built that way. My advice has value only when I am actually working at a particular thing. I can only disturb when I give academic advise…..” How so ever Gandhiji left Bengal on 7th September 1947 for Delhi.

Arriving Delhi Gandhiji stayed at Birla House. In the biting Delhi winter a persisting cough was bothering him very much but he would not take any anti-biotic. Nevertheless he carried on the everyday prayer meetings with clock-like regularity. In spite of the most earnest efforts of the Govt. of India the process of rehabilitation of refugees was proving slow.

Visitors were coming to meet Gandhiji in a constant stream often greatly upsetting him with their tales of harrowing experiences and misery. Gandhiji admitted of being totally exhausted by the end of the day and even of experiencing swings of mood. He felt like as if fumbling in the dark.

By the beginning of January 1948 Gandhiji’s prayer-meetings and speeches gradually failed to evoke same enthusiasm as before. They were often being disturbed by angry Hindus. On 20th January a bomb exploded at his prayer meeting. “Today perhaps I am the only one left who has faith in ahimsa,’’ while talking he told to Birla on 21st January. In his last days Gandhiji had come to realize that his life was in danger. But he refused any stringent measures of protection. During this time he was concentrating on his work as the mediator in a dispute between Nehru and Patel.

All this together must have prompted Gandhiji to begin one more fast on 12th January, the 17th  fast unto death in his life and apparently his last one. On that day, although both, Nehru and Patel, had visited him but had received no inkling of it. His prayer-meeting speech of 12th January, which was read out on his behalf, was greatly revealing. ‘’Death for me would be glorious deliverance rather than I should be a helpless witness of the destruction of India, Hinduism, Sikhism and Islam…..’’ 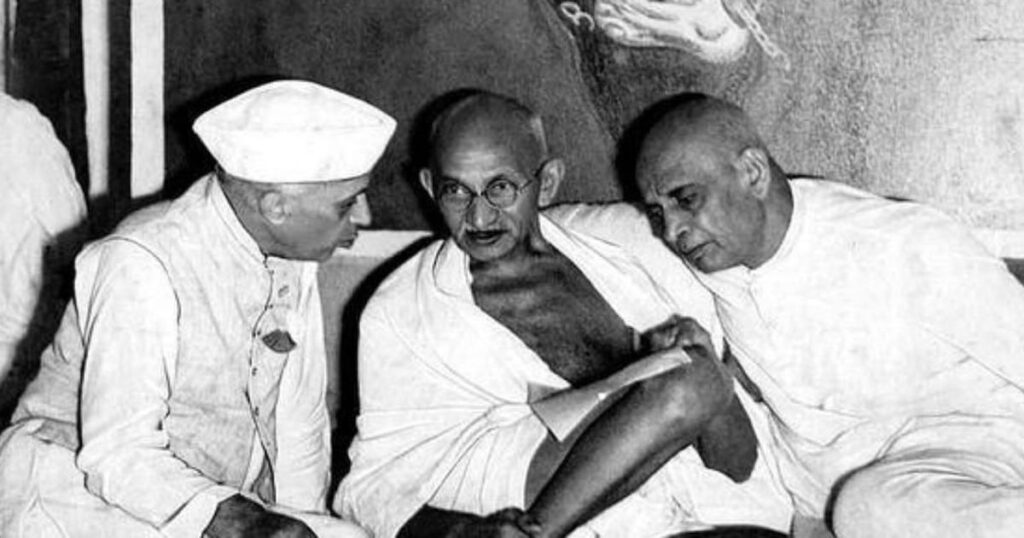 On 30th January also, first Nehru and after his leaving, Patel came to discuss certain grave maters. Sardar continued to talk until past five o’clock, the time to begin the evening prayer-meeting. At 5.10 with the tactful intervention of Manibehn the talk was brought to an end. Between the steps of the house and the platform where Gandhiji set for the prayer was a path of 32 yards and with Abha and Manu on his either sides Gandhiji was rushing towards the platform.

From the left side Nathuram Godse elbowed his way towards Gandhiji. Manu asked Godse not to interrupt as Bapu was already late for the prayer but Godse violently pushed Manu aside causing the Book of Ashram Prayers and Gandhiji’s rosary that she was carrying fall to the ground. As Manu bent down to pick them up, Godse planted himself in front of Gandhiji with the gestures of seeking blessings and pulled out a pistol. Godse fired three shots in rapid succession, one into Mahatma’s stomach and two into his chest. It was 5.17 p.m. 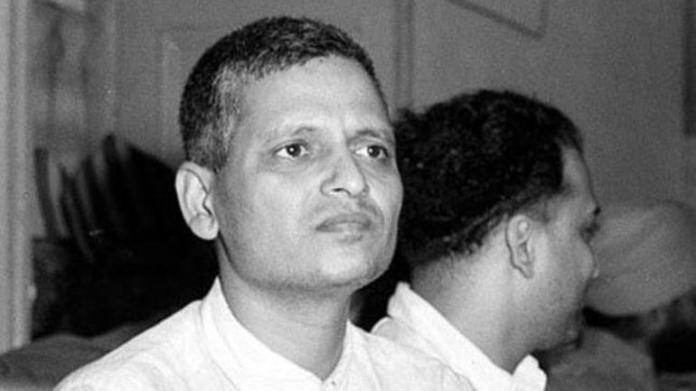 Gandhiji uttered the word ‘Rama’ twice. Blood began to spread across his white cloths. Hands raised in the gesture of greeting, namaskar, which also was the gesture of prayer, dropped down. As Mahatma was falling down Abha held his head in her two hands and slumped onto the ground.

A peaceful demeanor was radiating from the face, a faint smile remained flickering in the crimson light of the winter sun that was going to set. Mahatma had left instructions with Pyarelal that his body should not be revered or preserved. The next day Gandhiji’s body was cremated  according to Hindu custom.

’…..the light has gone out of our lives and there is darkness everywhere…..’’on 30th January in a broadcast said Jawaharlal Nehru.

(Writer is a Poet, Spiritualist and Development Professional. Views are personal)