Trends are fast changing, more so in the smart cities. In a recent development, particularly in the Post-Covid pandemic time while job opportunities have been on the downslide, young entrepreneurs in the smart cities of Bhubaneswar and Rourkela have come up with meeting joints having ranges of tea, coffee and snacks at moderate price. The target clientele is young people who gather here to quench their thirst and have a stormy conversation to refresh their mind. 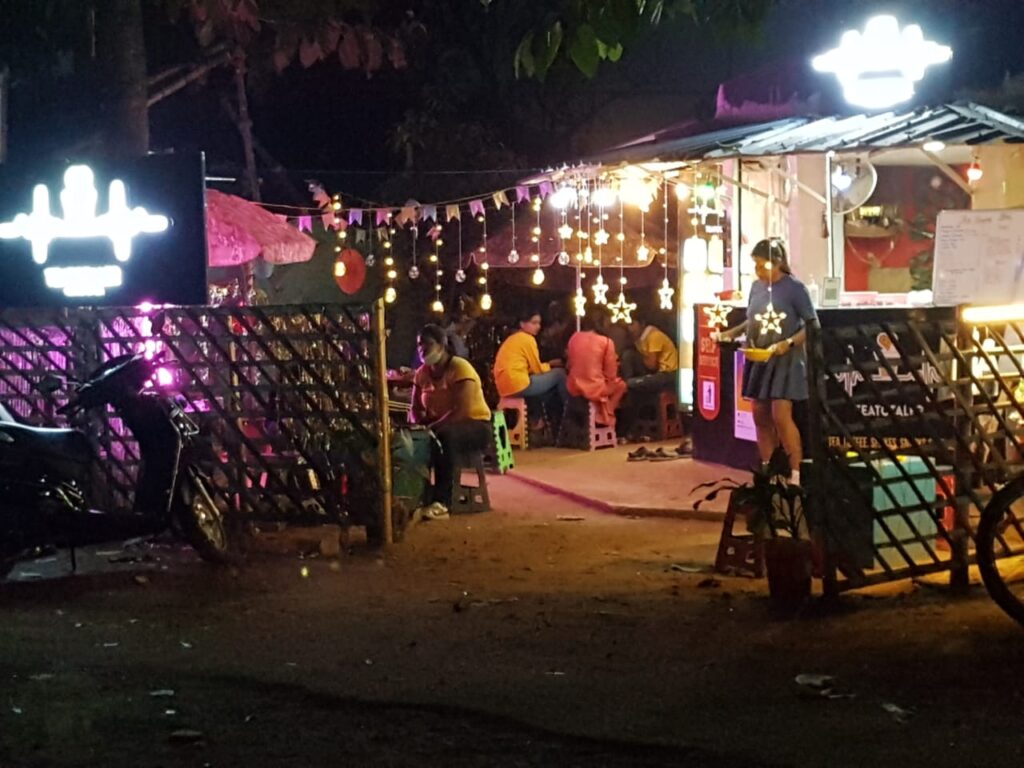 We have seen how CCD had caught the imagination of both young and old people in the early part of this century for having coffee and conversations and having access to highspeed internet wifi to spend time meaningfully in the right atmosphere. Way back in 1996 when V G Siddharth wanted to start the first CCD outlet on the Brigade Road of Bengaluru, someone had expressed his view whether it would break even! But it did click, and within a decade or so it could spread having 1750 outlets in more than 200 cities, including Vienna, Prague and Kuala Lumpur with a workforce of about 30,000 people. But with the untimely death of VGS, the dazzling flames of CCD is dying off as well.

The rise of CCD had toppled the concept of traditional coffee houses or tea joints where friends used to gather for interactions (known as KHATI in local parlance here in Odisha). One of the most famous joints like this was Coffee House in Kolkata. More often than not, people those who had been regulars at these joints later in time have turned out to be artists, writers, musicians and filmmakers et al of repute. 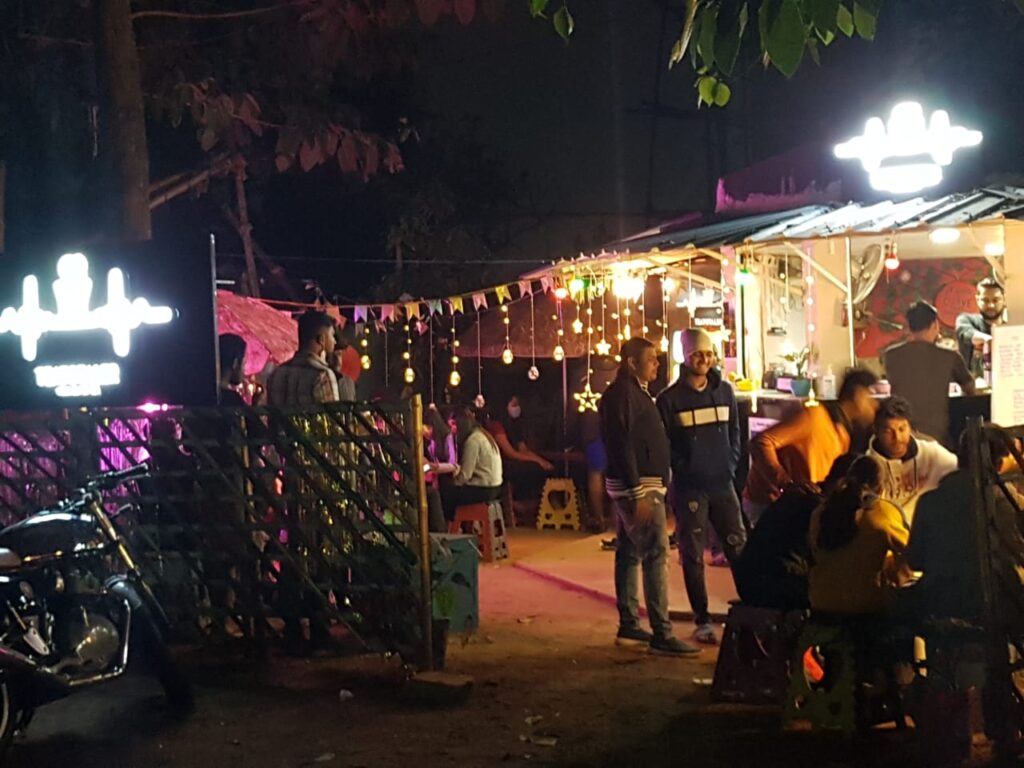 Now, the CCD doesn’t even attract its most devoted clientele any more, which has definitely created a vacuum. But, having been under the pressure of the standstill economic activities during the Covid time, the young generation probably have been in the lookout for alternative outlets with cool ambience at affordable price, which they have found in places like Chai Hacker, Teatotaler, Tea Junction, Cha Biscuit, Cha Haat, etc. in Bhubaneswar and Engineer Chaiwala’s Chai Kulhad Cafe and Tandoori Tea Pots, etc. in Rourkela. In fact, the Tea Junction, which is the pioneer among them has spread of as a chain having multiple outlets. It’s no doubt a new trend in the smart cities.

The Covid-19 pandemic is the sole reason for the coming up of these new bunch of entrepreneurs as well as their clientele. The promotion is mostly done through the social media to woo the young generation. These young customers are either students from various educational institutions or have just started their career as young professionals.

As the evening sets in the ambience of these outlets changes with colorful lights and modern decorative motifs. The surrounding space transforms into a dreamscape welcoming the clientele to indulge themselves in the aroma of the tea and coffee, and conversations. Night grows and the love for worldly pleasure increases manifold, gradually energy depletes in a couple of hours, and it’s time now to go back home. 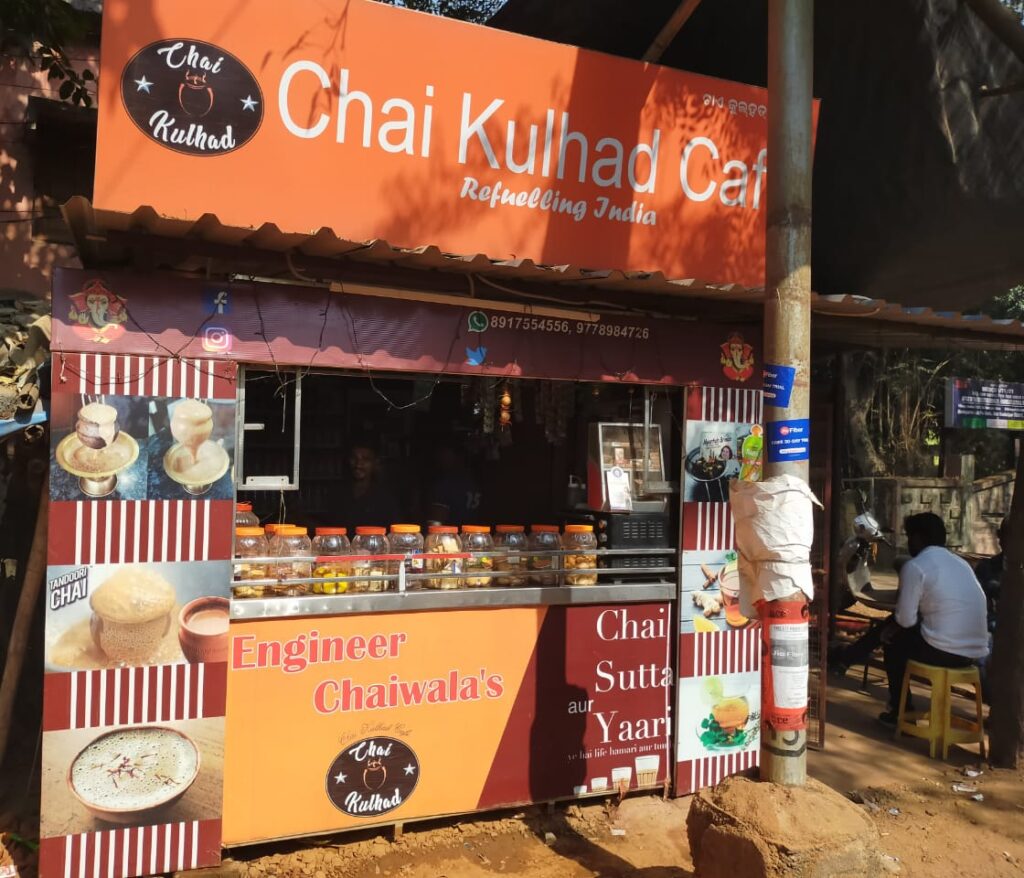 As may be assumed these conversations often give vent to the young people with full of energy to express themselves constructively, lest otherwise it might get channelized to create chaos in the society. So, these outlets also solve the purpose of attaining a cohesive society. 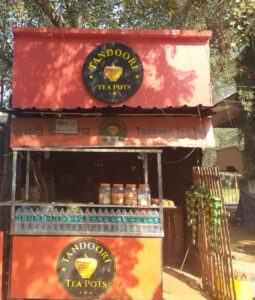 There are about a dozen and more such refreshment joints in Bhubaneswar alone, and two in Rourkela. These are not enough to cater to the young clientele of these two smart cities. As a business model there is immense possibility to explore. The BMC and RMC as well as the concerned Smart City Authorities should now explore possibilities how this business model can be replicated in more numbers as a means to provide employment to young generation entrepreneurs in tandem with the beautification of the cities.