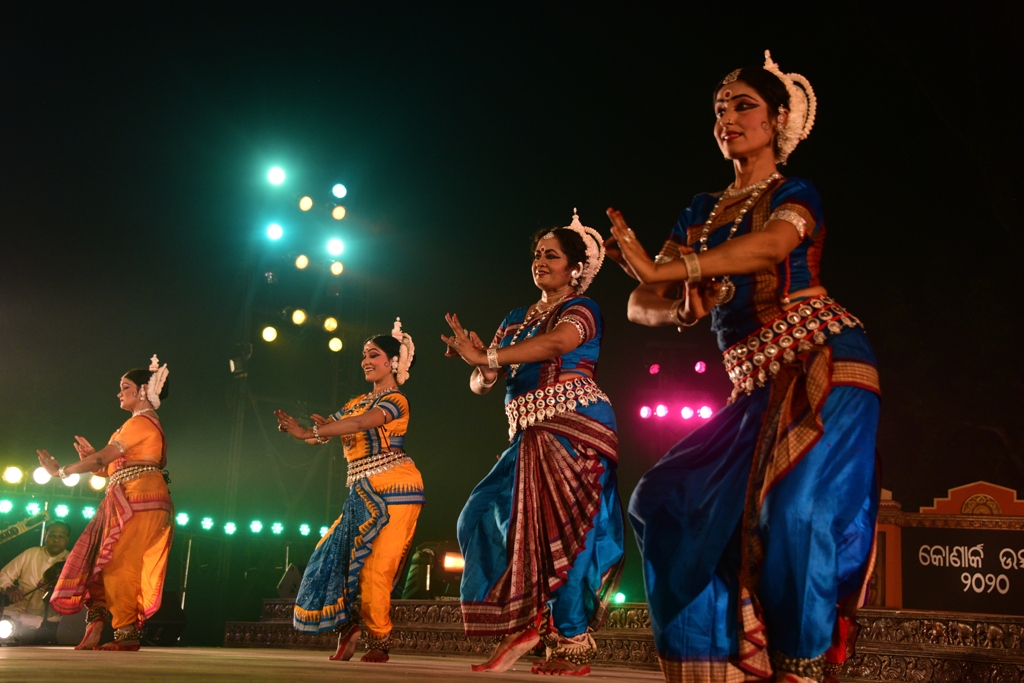 Which that begins shall subsequently come to an end. And it so happened for the Konark Festival 2020 on 5th December. But on the closing evening the sparkling recitals of Odissi and Kathak would continue to linger in the memory of the audiences. 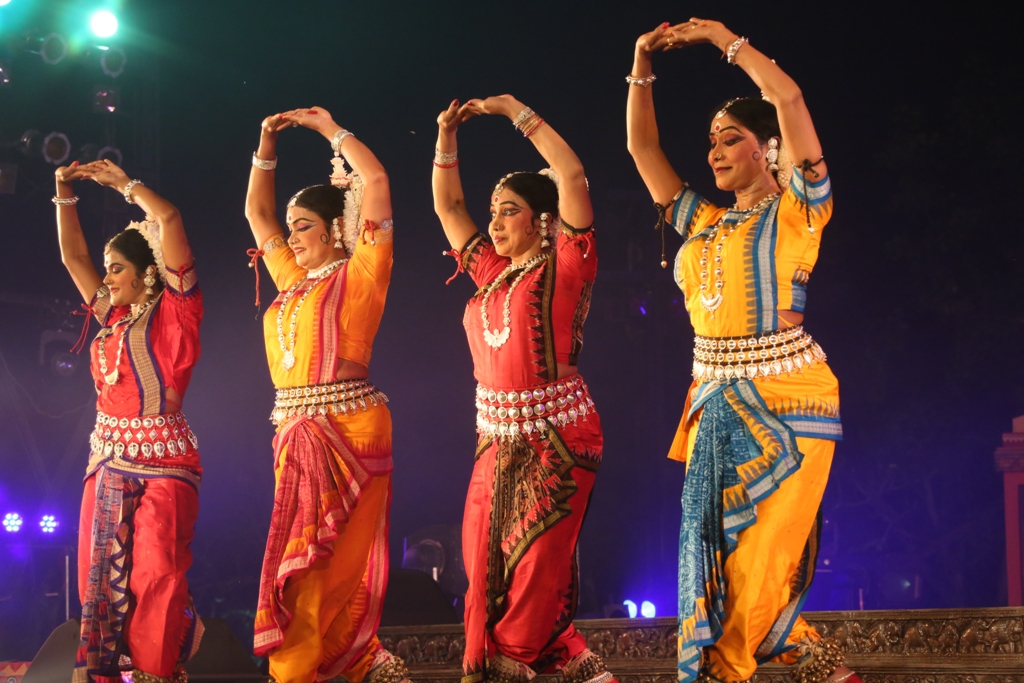 The initial performance in the evening was presented by the inmates of the GKCM Odissi Research Centre which has been an integral part of the festival since its inception. The trainee danseuses of the research and training institute started with a Pallavi, a pure dance or Suddha Nritya set to Raga Shankarabharana of Hindistani Classical Music, followed by an Abhinaya and Mokshya. 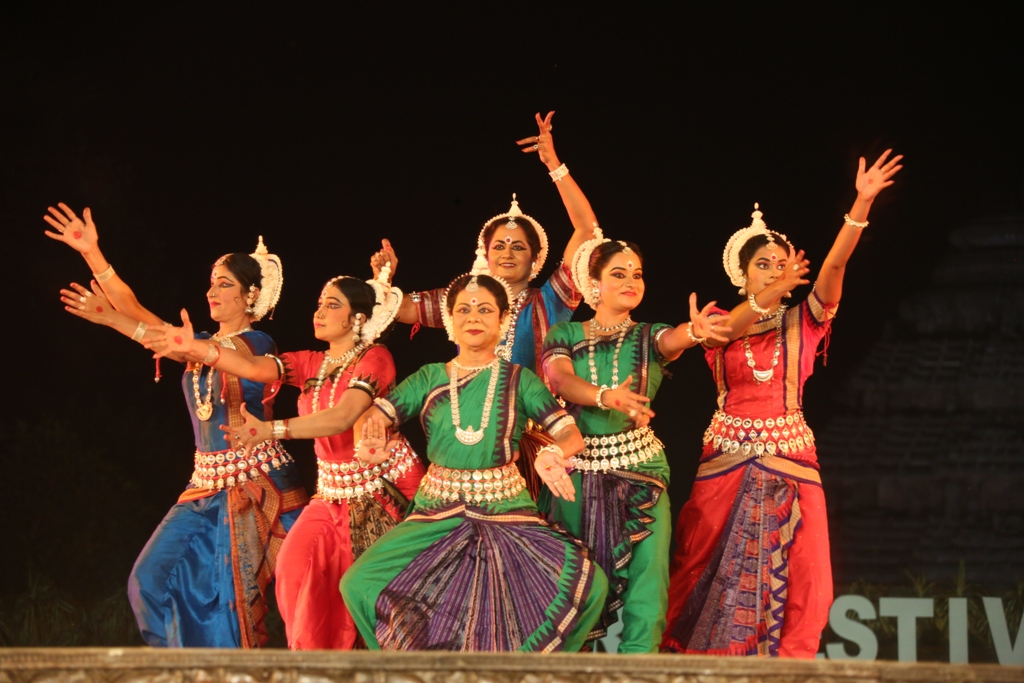 ‘Krishnagatha’ as an Abhinaya recital depicted the story of Kishna through very popular traditional songs i.e. Odissi, Champu, Geetagovinda, etc. It was a memorable choreography of Padmabibhushan Guru Kelu Charan Mohapatra almost four decades ago, and the concept by the legends like P.V. Krishnamurthy along with the co-composers Pt. Bhubaneswar Mishra, Balakrushna Das and Pt. Hariprasad Chaurasia. The rendition indeed reminded the audience how the old masters had enriched the Odissi dance by their ceaseless collaborative contributions. 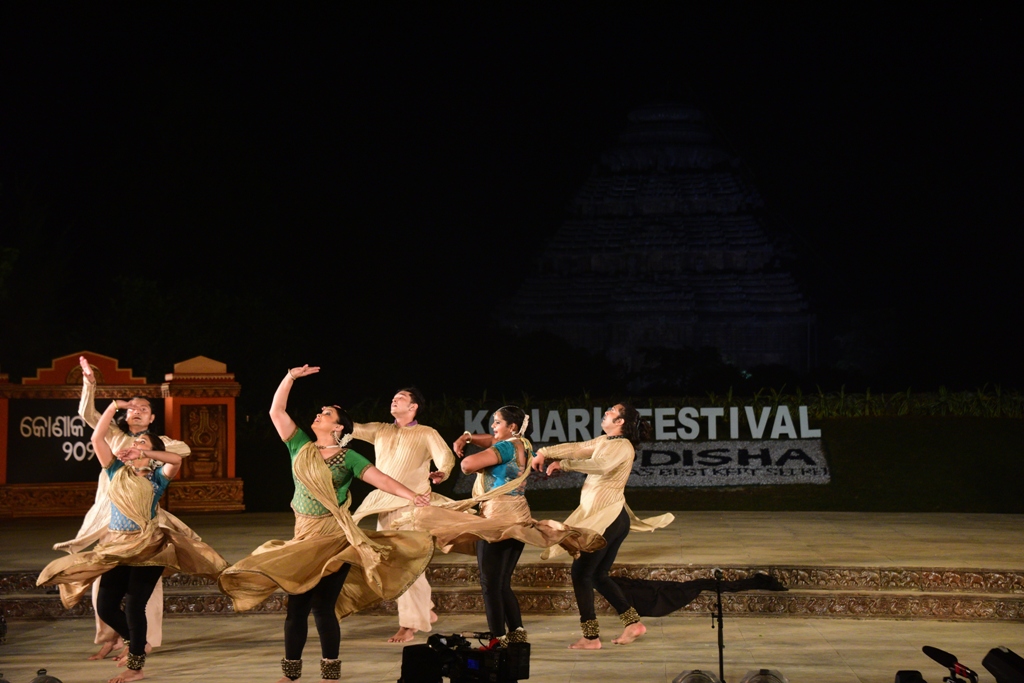 As in human life-cycle, so also as the concluding part of Odissi dance repertoire Mokshya is presented, where the soul mingles, and it’s a complete surrender. 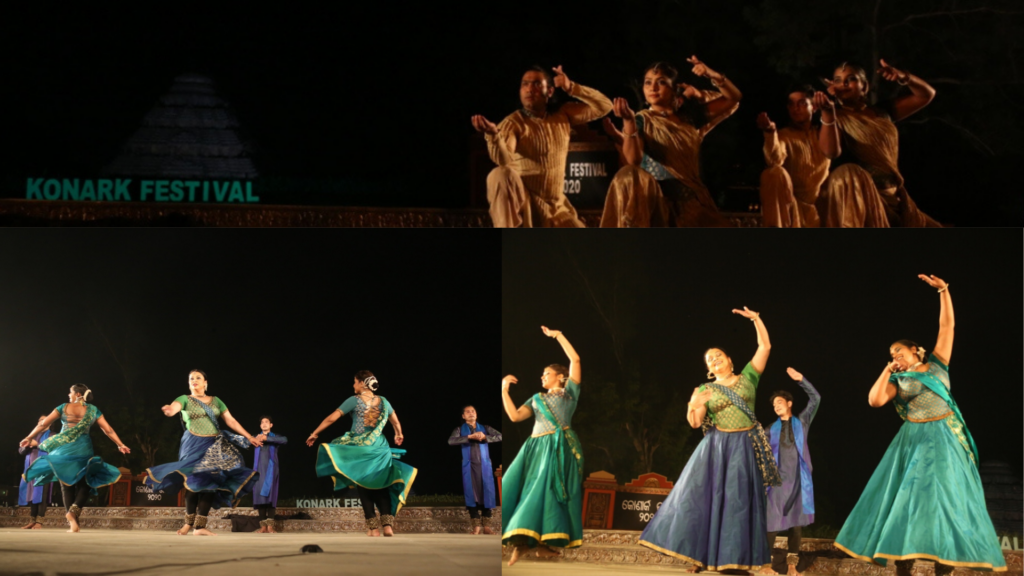 As the grand finale of the festival the New Delhi based Drishtikon Dance Foundation had come up with a series of recitals titled ‘Explorations in Love’. Under the guidance of dancer and choreographer Aditi Mangaladas the group started with Ganesh Stuti, an invocation to Ganesh denoting love as devotion which ends with the visions of the numerous forms of Shiva. Their subsequent recitals were Love as Celebration, Rejuvenation and Passion, a Triveni that connects to the core of life. 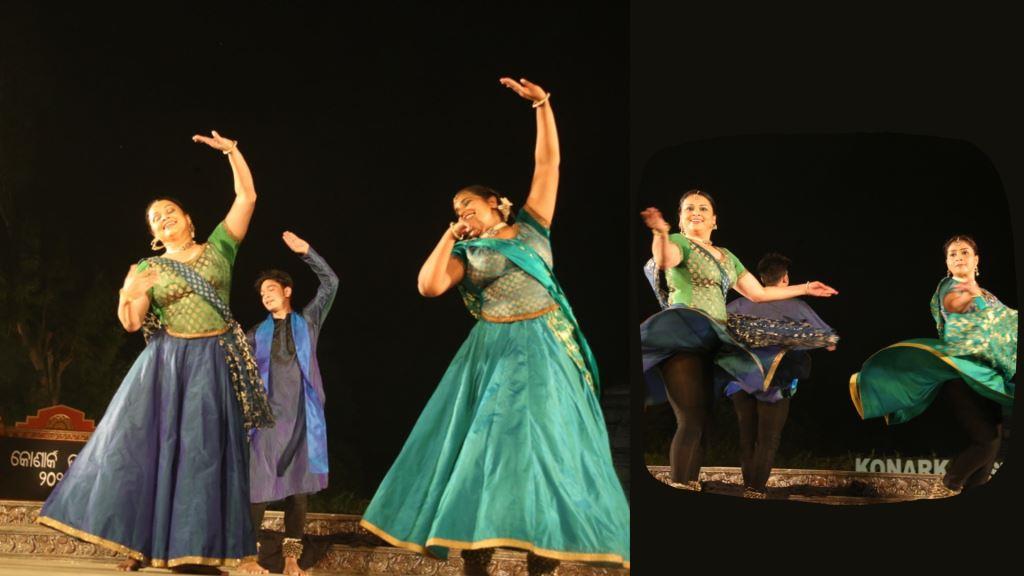 With these love explorations in a grand scale the curtains came down on the celebration of Konark Festival 2020, and the audience dispersed with a longing to see more… Let’s wait until next year.