The Supreme Court on Thursday rejected Rajasthan Speaker’s Plea To Stop High Court Hearing and will be delivering the verdict tomorrow.The Supreme Court was hearing Rajasthan Speaker CP Joshi’s plea. In the plea, Joshi challenged the high court’s decision of deferring action against the rebel MLAs of Sachin Pilot camp. Rajasthan CM Ashok Gehlot on Wednesday shot a letter to Prime Minister Narendra Modi saying BJP is attempting to topple his government and has also named Union Minister Gajendra Singh Shekhawat. He also alleged that numerous attempts are being initiated to bring down his Congress government.

In reply to the Gehot’s letter senior Rajasthan BJP leader Satish Poonia hit back and remarked that the language used in his letter clearly indicates Gehlot’s loss of confidence in the survival of his govt. and that the state govt has come in minority. Poonia also took a dig at the Rajasthan CM saying that the state is at the brink of anarchism and instability due to his inefficiency in properly managing the state. Putting blame on BJP won’t bring any benefit to the ruling party.

Meanwhile, the Enforcement Directorate conducted raids at the premises of Agrasain Gehlot, Ashok Gehlot’s brother as part of nationwide searches over an alleged fertiliser scam. 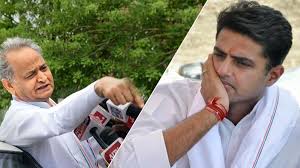 Poonia said the incidents of crime are on the rise, locust attacks are happening in western Rajasthan, developmental works have been stalled and the government “is in five-star hotel” on pretext of a constitutional crisis. He said people are watching how ministers and MLAs are enjoying in the hotel. 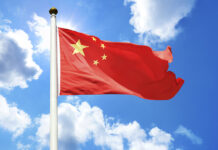 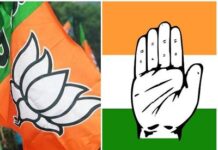